The Tigers fall to the Cougars 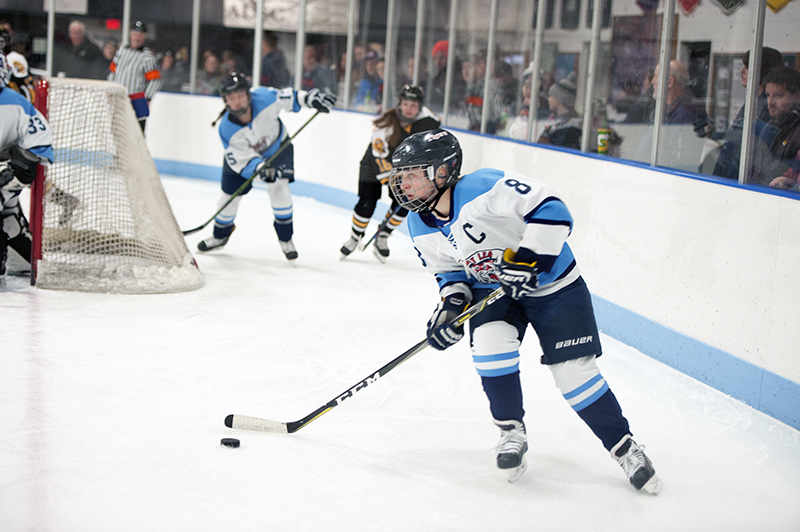 Albert Lea senior captain Maddy Carstens looks to clear the puck from behind the net Thursday night. The Tigers would lose the game to the Cougars, 8-2. - Tyler Julson/Albert Lea Tribune

The Albert Lea girls’ hockey team came into the game against Mankato East/Loyola Thursday night in hopes of avenging its one-goal loss in the first game of the season.

The Tigers were unable to climb out of an early hole, as they fell to the Cougars, 8-2.

On top of trailing by three goals, the Tigers encountered another setback toward the end of the first period when freshman goalie Maddie Schneider left with an apparent knee injury; she would not return to the game. She was replaced by sophomore Angelina MInear.

The Tigers would get a golden opportunity midway through the second period when two Cougars were sent to the penalty box. However, they were unable to capitalize on their two-player advantage — getting a few nice looks at the goal but never finding the right opening.

Albert Lea would get on the scoreboard later in the period with a goal from senior Hannah Johnson. The goal was assisted by freshmen Jaiden Venem and Ally Rassmussen. Mankato East/Loyola would add two more goals to its total in the second period.

Heading into the final period trailing by four goals, the Tigers were going to need to pull off a major comeback. Johnson did score another goal, this time assisted by senior Lyrik Blake-Domke, but the offensive firepower of the Cougars would be too much. The Cougars added another three goals in the final period to secure their six-goal win over the Tigers.

Offensively, the Tigers were strong with their passing and puck movement at points throughout the game. However, they were unable to string together the right series of events to get the puck into the net.

Albert Lea drops to 3-11 on the season and will look to start the new year off right as it hosts the Worthington/Fulda Trojans (3-8) on Thursday. 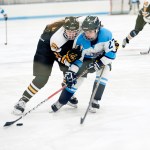 Albert Lea freshman Ally Rasmussen is nearly tackled on her way toward the goal Thursday night against Mankato East/Loyola. Rasmussen would record one assist on the night. – Tyler Julson/Albert Lea Tribune 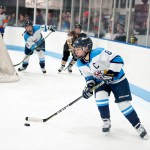 Albert Lea senior captain Maddy Carstens looks to clear the puck from behind the net Thursday night. The Tigers would lose the game to the Cougars, 8-2. – Tyler Julson/Albert Lea Tribune 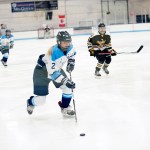 Albert Lea senior Lyrik Blake-Domke brings the puck back in an attempt to let the Tigers regroup. Hannah Johnson scored the only two goals for the Tigers on Thursday night. – Tyler Julson/Albert Lea Tribune 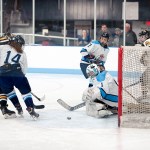 Albert Lea freshman goalie Maddie Scheider makes a last-second save as the puck nears the net Thursday night. She would leave the game with an apparent knee injury in the first period and wouldn’t return. – Tyler Julson/Albert Lea Tribune 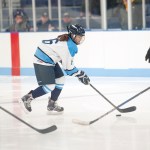