2 injured in separate crashes on interstate 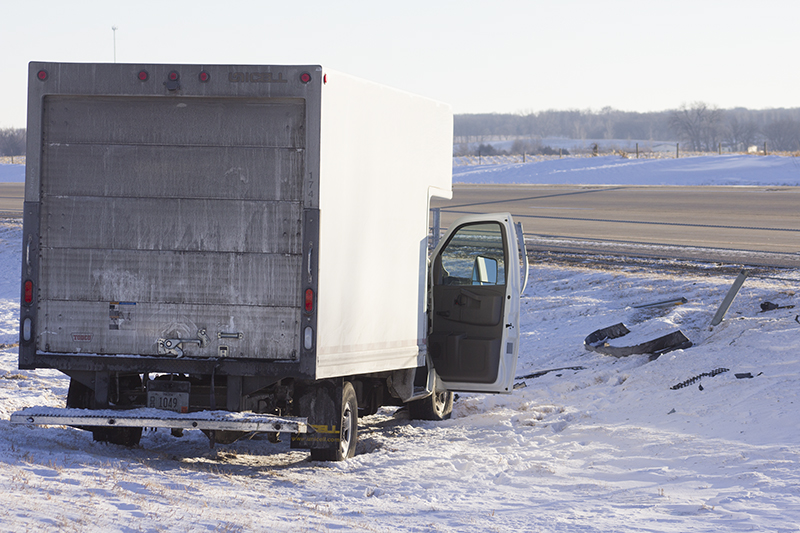 Pictured is a vehicle involved in the crash in the west ditch of Interstate 35 Wednesday following a crash in Freeborn County. - Sam Wilmes/Albert Lea Tribune

A Wisconsin man was injured Wednesday afternoon in a two-car crash on Interstate 35 in Freeborn County.

A 2006 Freightliner tractor driven by Timothy Dale Bremer, 39, was traveling north on Interstate 35 passing a Chevrolet 1-ton truck driven by Chojnacki when the Chevy merged into its lane and struck the front-right section of the tractor at about 3:15 p.m., according to the Minnesota State Patrol.

Chojnacki and Bremer were wearing their seat belts, and alcohol was not a factor in the crash, according to the report.

A Stillwater man was injured Monday in a crash on a snowy and icy patch of Interstate 35 in Freeborn County.

Magdy Galaby Girgis, 31, was taken to Mayo Clinic Health System in Albert Lea with an injury deemed not life-threatening.

Girgis was driving a 2012 Freightliner Cascadia semi north on Interstate 35 when he lost control of the vehicle, jackknifing into the center median before 8 p.m.,10 miles north of the Iowa border.

Girgis was wearing his seat belt, and alcohol was not a factor in the crash, the report states.