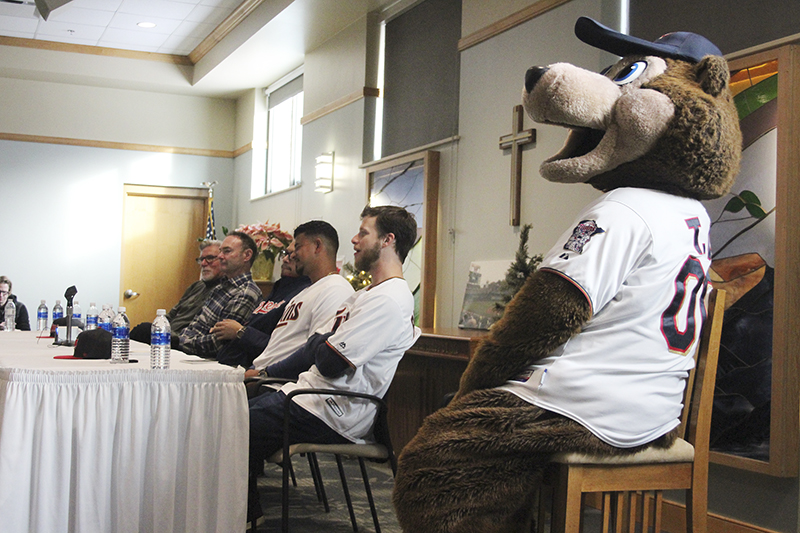 The Minnesota Twins made an extra stop on their way through Albert Lea Tuesday morning.

“A lot of them are huge sports fans and fans of the Twins,” Buboltz said of the residents.

During the event, topics ranged from Busenitz’s experience going professional and what he does in the off-season, to Morris’s induction into the hall of fame, to whether or not the players chew bubblegum off the field as much as they do on

“I’m still thrilled,” he said of the hall of fame question. “I still kinda walk around with a permanent grin on my face and in my heart.”

Molitor also spoke about the Twins’ strategy when it comes to fundamentals of the game — specifically, bunting.

“We know there’s a lot of value in being able to do the little things,” he said.

“I loved it,” Callahan said. “I could have sat there for another half hour.”

Her love of baseball came from constant time on the field.

“I taught country school for 13 years, and I played softball with the kids all the time,” Callahan said. Eventually, she took the umpire position because her team would always win, she said.

Attending the event with her was her bobblehead of Dan Gladden, which she showed to him during the event.

“I’m so glad I had him look at his bobblehead,” Callahan said. “He was surprised I had that.”

That bobblehead is one of five that Callahan sets up on her countertop every Twins season. “When they lose, I have them huddle up in a circle,” she said. This way, they can confer about their choices before the next game. She keeps track of every game’s inning and final scores in a notebook.

The Twins winter caravan was next headed to Preston.

“I know you have all spent a lot of time being Twins fans, and we thank you for that,” Morris said to the group gathered. “And hopefully, you’ll have a lot more years to be Twins fans.” 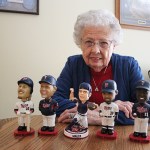 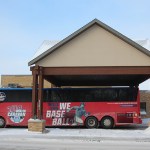 According to Thorne Crest marketing director Catherine Buboltz, the Minnesota Twins were able to stop by on their way to their scheduled stop at Sibley Elementary. – Sarah Kocher/Albert Lea Tribune 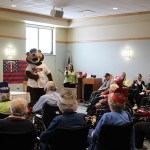 Around 50 Thorne Crest residents and guests prepare to greet the Minnesota Twins Wednesday morning. An activities director made Twins hats for the residents to wear, and many showed up in red and blue or Twins gear. – Sarah Kocher/Albert Lea Tribune 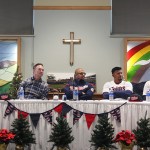 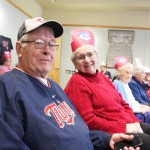 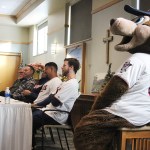