A strong start, but ultimately not enough in the end 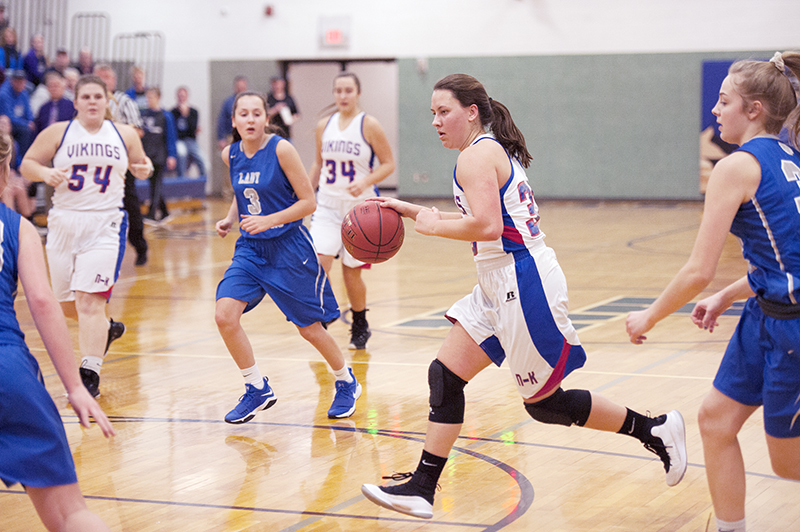 Northwood-Kensett junior Laura Hopperstad moves the ball into the lane on Friday night against Rockford. The Vikings would lose the game, 44-29. - Tyler Julson/Albert Lea Tribune

Despite going into the final quarter of play tied, the Vikings fell apart in the fourth quarter, losing to the Warriors, 44-29. 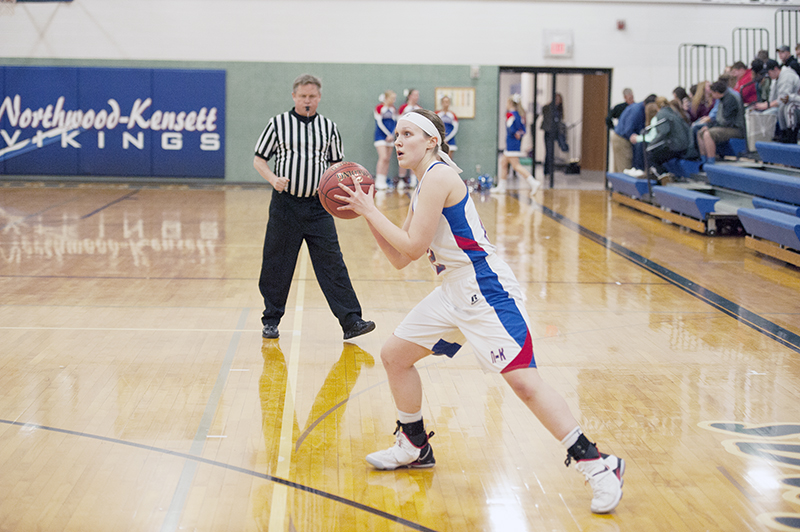 Northwood-Kensett sophomore Clara Davidson catches the ball and readies for a shot early in the game against Rockford. Davidson led the Vikings in scoring with nine points. – Tyler Julson/Albert Lea Tribune

Northwood-Kensett would find a small spark of offense in the second quarter from sophomore Clara Davidson. Davidson kept Northwood-Kensett in the game with two three-point shots in pivotal moments of the quarter.

The Vikings went into the halftime break down just three points and well within comeback range.

After falling into an eight-point deficit to start the second half, the Vikings would again find a surge of offense — this time led by a host of Vikings, including Hopperstad, Davidson and freshman Lindsey Davidson.

The Vikings would erase the deficit and go into the final quarter tied with the Warriors at 26.

The final quarter was rough for the Vikings, as they allowed the Warriors to go on a 19-point run before scoring their first basket. By the time they finally got on the board, it was too late for any hope of a comeback.

The Vikings were led in scoring by Davidson with nine points, with Hopperstad right behind at six.

Northwood-Kensett falls to 1-13 on the season and will play again Saturday when they travel to Lake Mills to take on the Bulldogs.