A trip to Wonderland 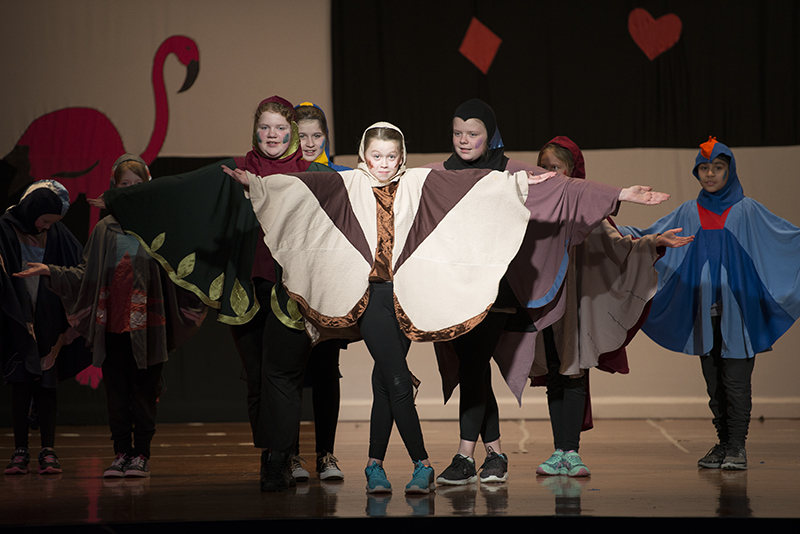 Sibley students head down the rabbit hole for week of theater

Despite Monday’s snow day, Sibley Elementary School students have been working away at a fairy tale so they can tell guardians and community members, “Watch me.”

Approximately 60 Sibley third, fourth- and fifth-graders spent the week learning and practicing an original adaptation of “Alice in Wonderland” with Prairie Fire Children’s Theatre, a touring theater company that sends sets, costumes and two professional actors and directors to prepare a musical adaptation of classic stories. They performed twice: once Friday evening, and once this morning.

“I think it is another experience for the kids who maybe don’t excel in the classroom at, maybe specifically, academics. It’s a chance for them to excel at something that, you know, we can’t offer every day in the classroom,” Sibley third-grade teacher Kristin Kyllo Jorgenson said.

Kyllo Jorgenson serves as the liaison between Prairie Fire and Sibley parents and students.

Kyllo Jorgenson said Prairie Fire Children’s Theater is good at casting students in roles they are comfortable with so children are OK with their roles in the production.

“Being on stage for a lot of these kids is a really big deal,” she said. 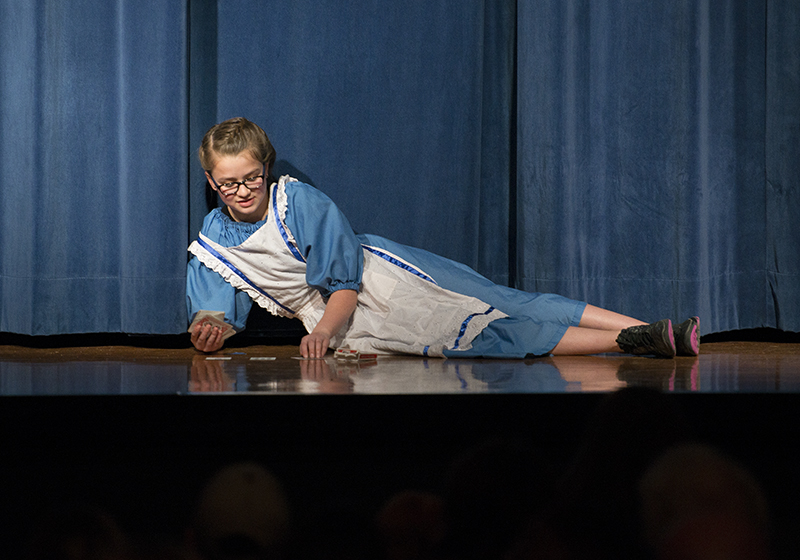 She said during the week, she sees children transition from feeling very vulnerable to having a good time performing.

“It gives the students confidence in themselves that I don’t know they’ve had a chance to find before,” Kyllo Jorgenson said.

For instance, there’s Sibley fifth-grader Ahnnalie Hill, who signed up for her first year of Prairie Fire this year because her friends were doing it.

“I’ve always been scared to put myself out there, but I just decided to try to do  it,” Hill said.

Hill plays a dodo in the musical. She said the first day working with Prairie Fire gave her the courage to audition for a speaking part in the school play.

“I thought I would be scared and nervous … but it kind of surprised me that it wasn’t as hard as I thought it would be to learn (the lines),” Hill said. 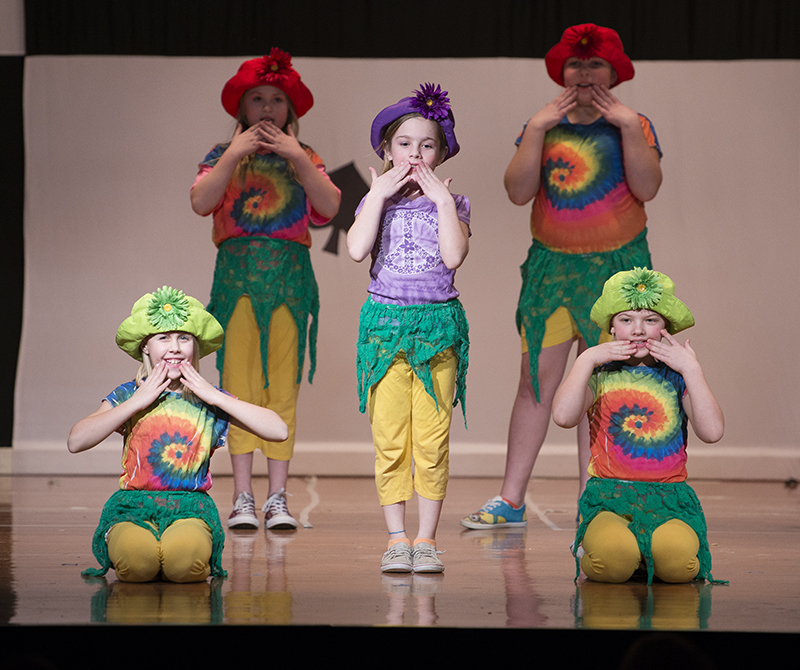 Fellow Sibley fifth-grader Ramsie Enser plays Alice, and she said that while a big role adds a little extra stress, she is enjoying herself with Prairie Fire Children’s Theatre.

“It’s fun,” she said. “They make you laugh and everything. They don’t make you feel like you’re scared to go and play.”

Fifth-grader Bailey Wood, who fills the role of the caterpillar and has also performed in theater outside of school, said she also liked the atmosphere she has found being part of the production.

“I just know everyone,” Wood said. “It’s like everyone from my school, and I feel more comfortable.”

Plus, Prairie Fire Children’s Theatre is another chance to explore her passion.

“If I had to choose one thing in the world, I’d choose acting,” she said.

“I think it’s pretty amazing what third- through fifth-grade kids can do in a span of five days,” she said. 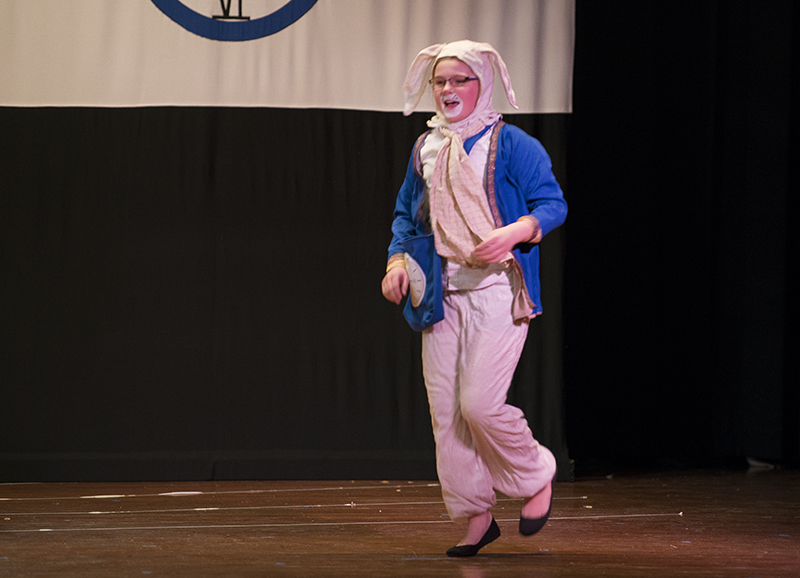 Maddee Anderson performs as the White Rabbit in the student production of “Alice in Wonderland.” – Colleen Harrison/Albert Lea Tribune