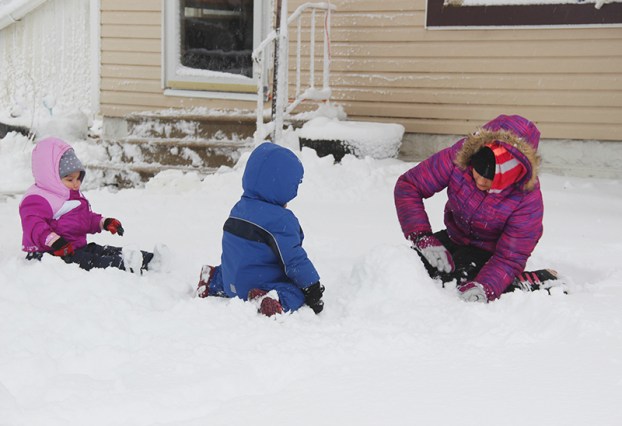 Updated: Albert Lea digs out during lull in heavy snowfall

Albert Lea residents took advantage of the lull in a heavy snowstorm earlier this afternoon after a winter storm dumped about 6 inches of snow on the city.

The storm started as freezing rain and sleet this morning and then turned into heavy snow that lasted through about 2 p.m.

Snow and wind picked up again after 5 p.m. Forecast radar on the National Weather Service shows moderate to heavy snow could fall through the evening hours. A blizzard warning was canceled by 7 p.m., and the area now remains under a winter storm warning through midnight. 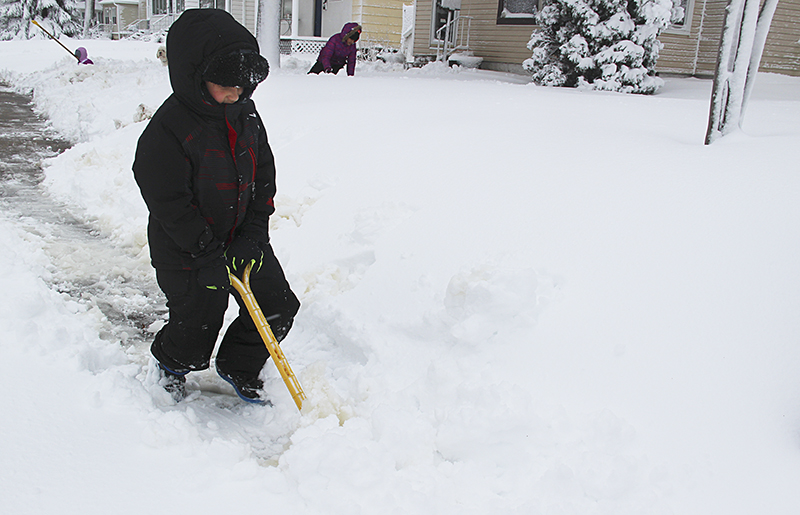 Emmanuel Andriz shovels snow off of the sidewalk in front of his house on First Avenue Monday afternoon. Sarah Stultz/Albert Lea Tribune

Strong wind with gusts up to 50 mph will lead to whiteout conditions in blowing snow across much of southern Minnesota.

Freeborn County Sheriff Kurt Freitag said the Minnesota National Guard Armory is available to be opened as a shelter if needed later tonight, but as of this afternoon, he did not think that would be necessary.

The area appears to have so far avoided much of the more extreme snowfall forecasts. At one point, Albert Lea was forecasted to receive between 8 and 13 inches of snow.

All of the area schools canceled classes because of the weather, and most are scheduled to start school two hours late on Tuesday.

Jose Andriz and his four children were out shoveling and playing in the snow in front of their home on First Avenue in Albert Lea Monday afternoon. 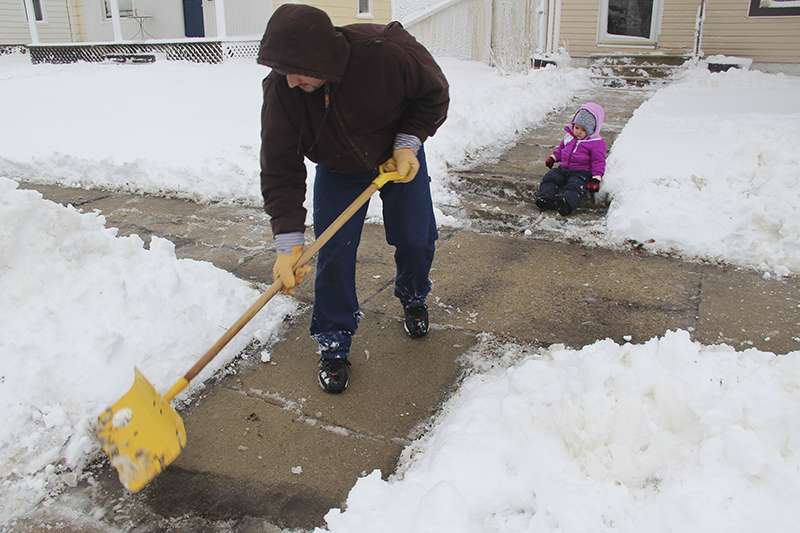 He said the children wanted to play outside, so, together, they helped clear the sidewalks in front of the house and then began to build a snowman.

Andriz said there was good and bad to the snow — the good was that they were able to spend more time together as a family.

According to the Minnesota Department of Transportation, travel remains difficult on state roadways. Roads in Albert Lea and to the east are listed as completely covered, and roads in Alden, Wells, Bricelyn, Kiester and north of New Richland were in areas where travel was not advised.

The Weather Service advises that people who need to travel to keep a flashlight, food and water in their vehicles in case of an emergency.

A power outage was reported west of Albert Lea in the Conger area for a short period Monday afternoon.

Another outage in the Hollandale area was reported after 6 p.m., and Freeborn-Mower crews had restored power by 8 p.m., according to the cooperative’s Facebook page.

Look to the Tribune as more information arises.

Quiet during the storm

Downtown Albert Lea is quiet during the blizzard warning. Many shops are closed early for the day. Call ahead to... read more