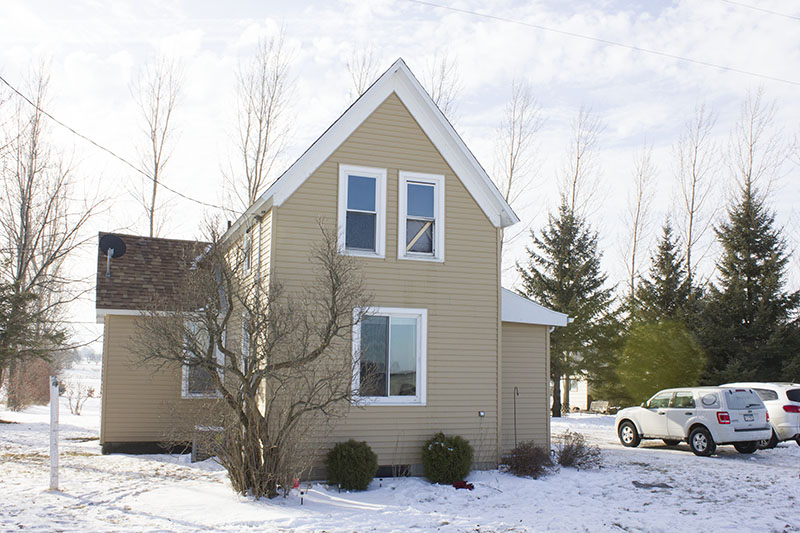 Damage from a house fire early Tuesday in Alden was not visible from the outside of the residence. - Sam Wilmes/Albert Lea Tribune

ALDEN — Smoke detectors are being credited with saving the lives of residents Tuesday morning after a house fire that caused severe damage.

Upon arriving, the Alden Fire Department and Freeborn County Sheriff’s Office reportedly observed thick smoke coming from second floor windows. Fire crews reportedly immediately began to extinguish the fire, which is thought to have started in an upstairs bedroom.

Resident Dana Petersen said she was downstairs sleeping with her daughter, Lacy Petersen, when she became aware of the fire. At the time, her son, Zach Petersen, was upstairs.

“I didn’t know about it until the smoke alarms were going off,” she said. “My son was upstairs yelling that there was a fire. And he was in a back bedroom, so he had to run past the flames to get out and get down.” 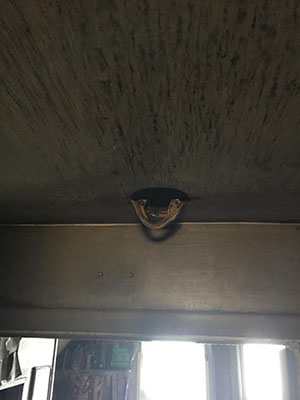 A fire alarm, pictured, is credited with helping save the lives of residents of an Alden home after a house fire Tuesday morning. – Provided

Dana Petersen said she was thankful the family was not sleeping in their normal spots, because her son’s room was the epicenter of the fire. At the time the fire started, Zach Petersen was sleeping in his sister’s room. She was sleeping downstairs because she was sick.

Dana Petersen deemed the upstairs portion of the home a total loss because of smoke and water damage.

“I don’t know that we’re going to get in here anytime soon,” she said.

All residents of the home exited the house safely, and the fire caused “substantial smoke and water damage,” according to a Sheriff’s Office press release.

The cause of the fire is under investigation, and the Minnesota State Fire Marshal’s Office was conducting an on-scene investigation Tuesday morning.

Dana Petersen said she felt “disbelief” about the situation.

“It’s only something you feel like happens to other people,” she said. “Where do you go from here?”

She acknowledged the house will likely need extensive repair to ever function again, but she hopes the structure can do so.

“This is where I plan to be for several years,” Dana Petersen said.

The family plans to stay together after the fire. They stayed at a family member’s house Monday night. The family has found one of its two cats, and two dogs — one pregnant — were safe after the fire.

“We’ll stay together with the dogs somewhere,” Dana Petersen said.

“(We’re) just thankful for the Alden Fire Department — they responded so quickly, and thank God we had working smoke detectors.” 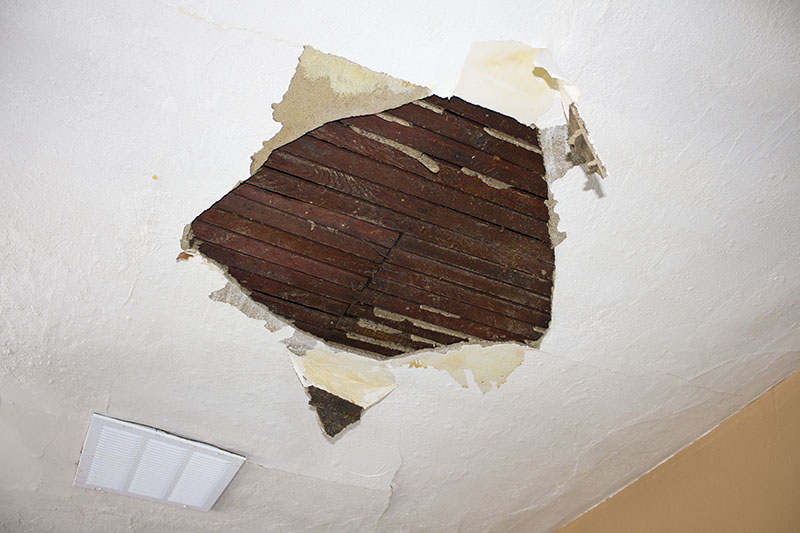 Damage from a fire Tuesday morning in Alden caused extensive damage to a home. Pictured is the downstairs part of the residence, where damage from the upstairs portion was visible. – Sam Wilmes/Albert Lea Tribune