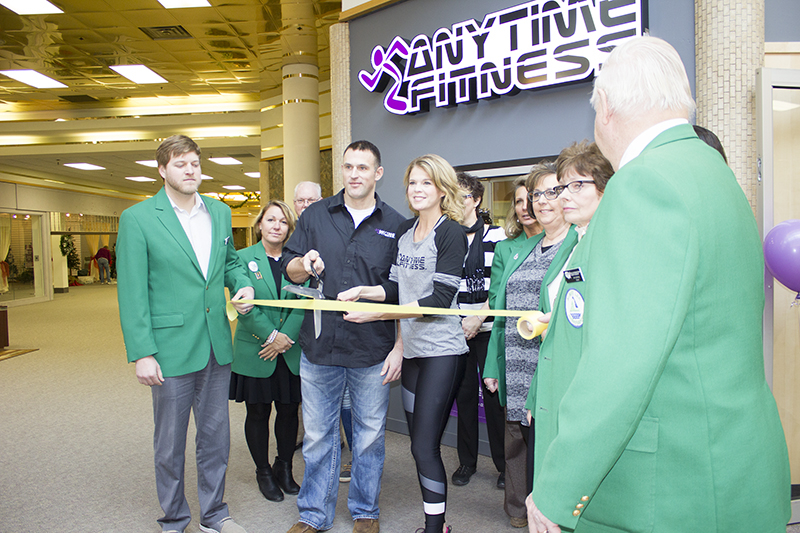 A re-opening ceremony to recognize the investment was Wednesday morning. The event was attended by co-owners Bill and Shawn Bromeland, Albert Lea-Freeborn County Chamber of Commerce Ambassadors and family members of the couple.

“Ever since we took over, we’ve wanted to add a little bit more room and get some more functional training in, and so things just worked out where we were able to do that now,” Shawn Bromeland said.

A majority of the cost for the project was for contracting work, with thousands of dollars for new functional training and strength training equipment. The gym has expanded to include the next door space formerly housed by a sports collectibles store.

The three-month renovation process included demolishing a wall so space could be added for more exercise equipment.

The couple said the investment is good for Albert Lea.

“When any business makes an investment to make the community a better place, it’s a good thing,” Bill Bromeland said. “We’ve got more opportunities now for people to invest in their health, and how can that be bad? It’s all good.”

“Now more than ever, I think that it’s important that people are paying attention to their health,” Shawn Bromeland said. “The world is crazy with its convenience — we’re just trying to put another place out there, give people more tools to get healthier.

“When they walk in the door, Bill and I generally care about their process from step A to B and how to get them to a healthier place.”

In an email following the ribbon-cutting, Chamber of Commerce Ambassador Melissa Barr thanked the couple for their investment.

“As chamber Ambassadors, we are excited to be back, revisiting with an existing member (that) has expanded its footprint and services,” she said. “We are delighted to see the expansion of Anytime Fitness at the Northbridge Mall. Their enthusiasm for health and wellness and additional services and space will be a benefit to its existing and future members, as well as an asset to Albert Lea.”