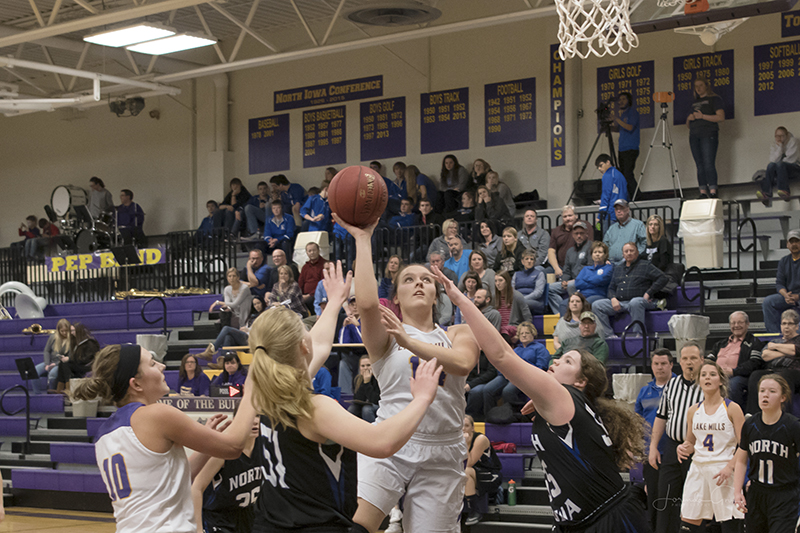 Lake Mills girls’ basketball offense is too much for North Iowa

The Lake Mills girls’ basketball team hosted North Iowa on Tuesday night looking to get back on the winning path after dropping its previous two games.

The Bulldogs did more than just get the win, they dominated the Bison, beating them 81-46.

The Bulldogs got off to a hot start in the first quarter, scoring 28 points to the Bison’s 14. The second quarter was no different for the Bulldogs as they widened their lead even farther, taking a 28-point lead into the halftime break.

In the second half Lake Mills coasted to its eighth victory of the season, outscoring North Iowa yet again in the third and fourth quarters. 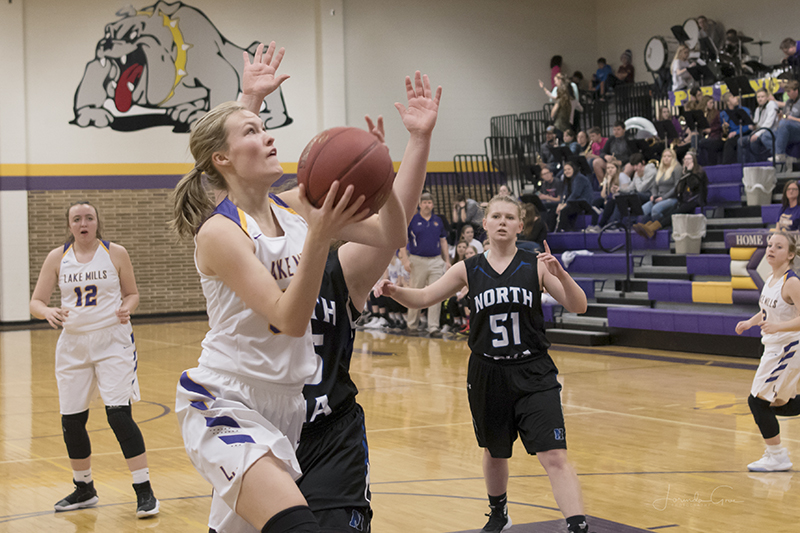 Teah Kesler of the Bulldogs goes in for a layup during Tuesday’s game. – Lory Groe/For the Albert Lea Tribune

“This was probably our most offensively efficient game of the season,” said coach Thad Evans. “We had good ball movement inside out and creating out of our defensive sets. It was good to get good contributions from the roster up and down the bench. Obviously Jade (Gasteiger) and Laura (Knudtson) had good nights scoring, but they also moved the ball extremely well and created opportunities for teammates as well.”

Senior Jade Gasteiger led all scorers with a staggering 29 points, while Knudtson had 21. Senior Teah Kesler had nine points and sophomore Jessa Gasteiger had eight.

Kessler, senior Becca Evans and sophomore Kate Groe tied for the most rebounds with four each.

The Bulldogs climb to 8-11 on the season and will play one more regular season game on Friday in Forest City before the start of the postseason.