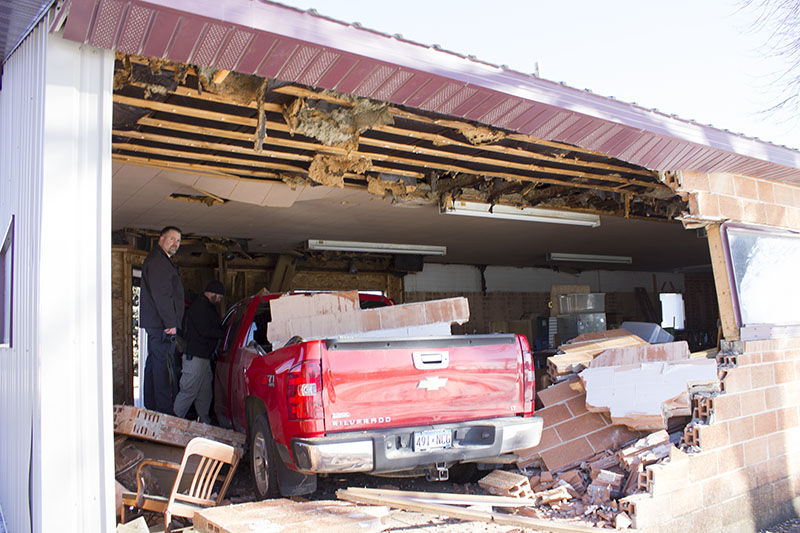 An Alden man whose vehicle crashed into a storage shed Wednesday was treated by medical personnel after the crash.

Larson was reportedly driving a red Chevy Silverado north on Minnesota Highway 109 when his vehicle left the road just before railroad tracks, continuing until it struck the building at 101 S. Broadway Ave. at about 10 a.m., according to the Freeborn County Sheriff’s Office.

The crash was possibly caused by a medical situation and is still under investigation, according to the Sheriff’s Office.