Craig Richard Johnson, 52, died Friday, Jan. 26, 2018, at Swift County Benson Health Services in Benson. Visitation will be from 4 to 7 p.m. today with a time of sharing from 6:30 to 7 p.m. lead by Kathy Weckwerth at St. Francis Catholic Church in Benson. Visitation will continue from 10 to 11 a.m. Wednesday followed by the Mass of Christian Burial at St. Mary’s Catholic Church in Willmar. Interment will be in St. Pauli Cemetery in rural Swift Falls. Arrangements are with Zniewski Funeral Home. 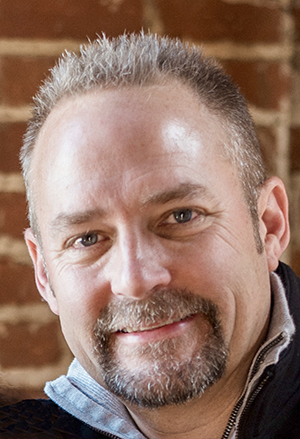 Craig Richard Johnson was born July 17, 1965, in Albert Lea, the son of William Richard and Bernadine “Bunny” Mary (Callahan) Johnson. He was baptized Aug. 1, 1965, at St. Theodore Catholic Church in Albert Lea. Craig grew up in Alden  and graduated from Alden-Conger High School in 1983.

On Feb. 8, 1986, Craig was united in marriage to Carla Del White at St. Theodore Catholic Church in Albert Lea. This union was blessed with more than 31 years of marriage, four children and six grandchildren.

Craig and Carla lived in Albert Lea after their marriage and then moved to Yakima, Washington, where Craig worked for Shopko for 11 years, holding many management positions. His work with Shopko then relocated them to Marshall.

Craig was always a determined man. He was proud of his sobriety and would have celebrated 34 years on March 21st . Craig was truly a hardworking man who took care of so many people. As a businessman, his handshake and his word were indeed his bond and he did not waver in his loyalty to his family, friends or the people who worked with him. Ever. The people he loved always came first and everything he did was guided by the Holy Spirit. He was the most tolerant and forgiving man Carla knew.

His family will always remember their favorite of Craig’s sayings, “It was the right thing to do.”

Among the many things Craig enjoyed were riding his Harley motorcycle, going on walks, feeding birds, traveling, NASCAR racing, his passion for Subway and spending time with his beloved family and friends.

White and Kevin White of the Twin Cities; and all of their families.

He was preceded in death by his grandparents and mother-in- law, Dari White.

Blessed be the memory of Craig Richard Johnson.