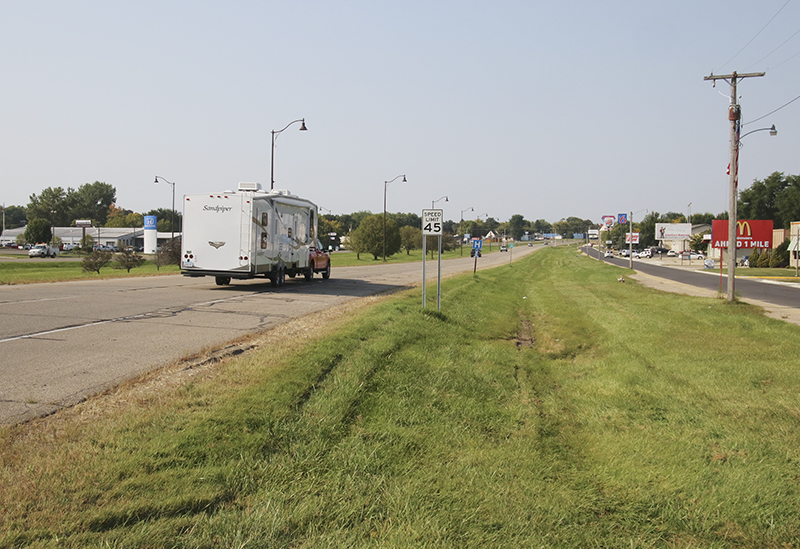 Driving down East Main Street, you’ll see it fairly often: People walking on the side of the road or waiting to walk — or run — across two lanes of the traffic before stopping in the median and then crossing two more lanes to get to the other side.

Sometimes the people are carrying grocery bags; sometimes they don’t have anything in tow. Regardless, wouldn’t it be nice if these community members had a way to safely walk along this busy street?

We were pleased to hear this week that there is a proposal in the works to add a shared user trail on East Main Street from Newton Avenue all the way past Blake Avenue and past Trail’s Travel Center to Freeborn County Road 38, where you turn to go to Myre-Big Island State Park.

The work is being considered as part of a larger project planned to take place in the future by the Minnesota Department of Transportation and the city of Albert Lea.

In addition to the shared user trail, the two-phase project would include resurfacing a majority of East Main Street, starting at Broadway and going east — though some road reconstruction is being considered in the areas of past flooding. The project, slated for 2021 and 2022, would also consider changes at some of the major intersections on the roadway.

The Albert Lea City Council on Monday voted to apply for federal surface transportation funds for the project via the Department of Transportation in 2022.

We look forward to hearing back about whether this money is awarded and continue to encourage those in charge of the project to follow through on what has been proposed.

In addition to a dedicated sidewalk or shared user trail, we also support the work being done to reduce flooding near Godfather’s Pizza and other businesses. In September 2016 during Albert Lea’s last major flooding, the floodwaters closed East Main Street for two weeks. Though other areas such as Waseca received more rain than Albert Lea, it was East Main in our city that was the last to re-open after the flooding.

Though detours can be set up in cases of flooding, we believe it is important this roadway be open as one of the city’s main thoroughfares.