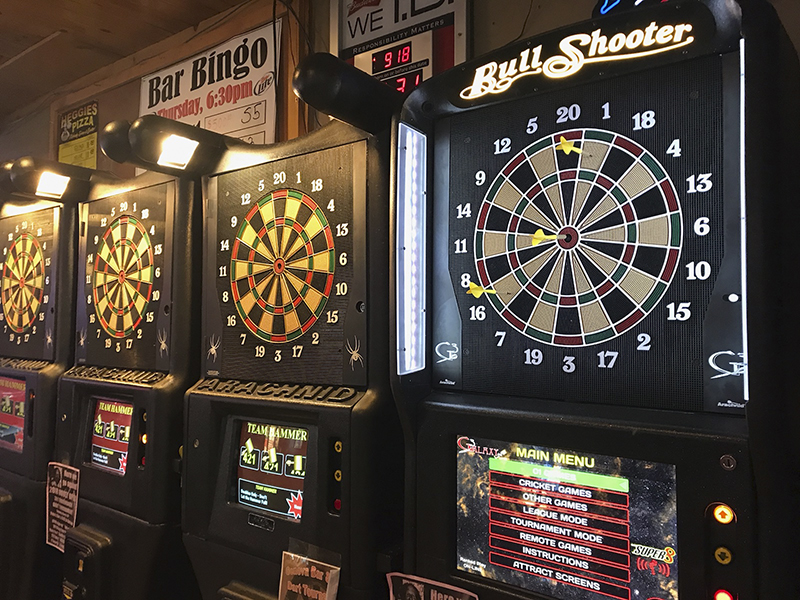 GENEVA — Geneva Bar & Grill hosts many charity events throughout the year — including the Geneva Cancer Auction which raised $110,000 this year — but its next event is all about having fun, said owners Greg and Chelsea Hanson.

The establishment will host its fourth annual dart tournament on Feb. 10. Registration will start at noon with the casino-style tournament following at 1 p.m.

The fun part about casino-style is that it’s fair for everyone, from beginner to pro, Greg Hanson said.

Players are entered into the competition individually and then draw cards to see who their partner will be for that particular round. Participants will draw again to determine their partner for the next round.

The $10 entry fee, plus a contribution from the bar, will all be returned to the winners in the form of cash prizes.

The Hansons said this tournament, along with another tourney they will host in May, is a good addition to their activities, which include Monday night dart leagues.

“The dart players, in my opinion, have a lot of fun,” Greg Hanson said.

The tournament is open to dart league members, as well as the public.

Chelsea Hanson said the low-key nature of the dart tournament usually leads to a good turnout of between 30 to 40 players.

A hard luck tournament will follow for any participants who want to continue to play after the casino-style tournament ends. Players will draw for partners and will also be eligible for cash prizes for a $5 registration fee.

Geneva Bar & Grill will host another charity event in April, when it will have its mini cancer auction.

For more information about the dart tournament, or other Geneva Bar & Grill events, visit the business’s Facebook page.