Guest Column: System out of sync with today’s economy

Federal tax reform has been center stage at Washington, D.C. The sweeping changes just passed will provide an important opportunity for Minnesota policymakers to make our tax system more competitive. 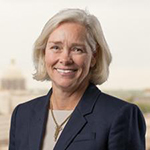 Tax reform, although vitally important, is just one ingredient necessary to help Minnesota businesses change and grow in today’s marketplace. At the foundation, we need skilled workers. And, key to that is a federal immigration system that is in tune with the 21st century world economy. That’s why it’s so important for Congress to replace the Deferred Action for Childhood Arrivals program.

New Americans are significant and substantial contributors to the development and growth of Minnesota’s economy. They play critical roles as workers, entrepreneurs, consumers and linking Minnesota to the world economy. Immigration reform will help our new Americans contribute more than they now do and propel our state’s economy forward.

Immigrant workers are important to companies of all sizes and types across the state. The Minnesota Chamber and our partners in the Minnesota Business Immigration Coalition hear it every day.

From John O’Reilly, vice president of Otten Bros. Garden Center & Landscaping in Long Lake: Immigrants are a growing percentage of his workforce and have shown potential to be the next generation of foremen. Each spring, however, the company receives notice that the temporary H2B program is in jeopardy, making it extremely difficult to plan and grow the business.

From Pat Lunemann, partner and general manager at Twin Eagle Dairy in Clarissa: The willing and able individuals are already workers. It’s a rare event for an urban worker to relocate to work on a farm. Immigrants have proven to be reliable, ambitious and essential while also strengthening rural communities.

From Maha Tahiri, vice president and chief health and wellness officer at General Mills: Immigrants fill a range of jobs. They are scientists, leaders, interns and everything in between. They bring a diverse perspective that makes the company strong and helps its products within the United States and across the world.

Statistics from the New American Economy underscore the importance of federal immigration reform to Minnesota. The national advocacy group brings together mayors and business leaders who support immigration reforms that will help create jobs for Americans today.

Minnesota has nearly 10,000 DACA-eligible recipients. Almost 92 percent of this population who are at least 16 years old are employed. They earn almost $154.8 million in total income annually. They contribute more than $24.1 million in total taxes annually, $12.2 million of which goes to state and local tax revenues.

Immigrants are integral to the entire fabric of Minnesota’s economy. It’s important that policymakers view immigrants as significant contributors to our state’s changing economy — providing the state not only with workers at all skill levels, but also innovation, buying power, new businesses and better access to global networks.

Our current immigration system has not been overhauled since 1986. That’s the same year, coincidentally, that our federal tax system had a major revision. It’s time overdue for Congress to design an immigration system that aligns with today’s economy.

Laura Bordelon is senior vice president for advocacy at the Minnesota Chamber of Commerce.