‘I want to just work with kids’ 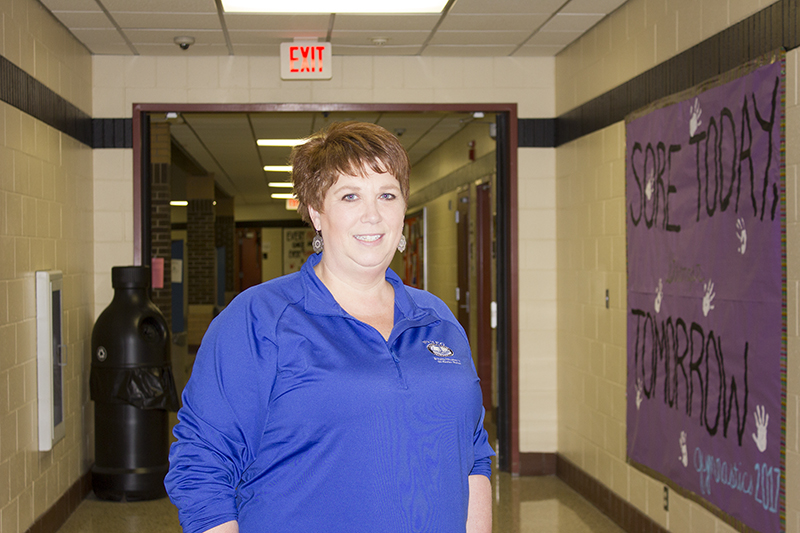 NRHEG student success coordinator Robin Eder is using her passion for her profession and her district to help students. - Sam Wilmes/Albert Lea Tribune

Her passion and love for the district is manifested in differing roles.

Parents sometimes call her when their children are receiving a failing grade. Eder will then look into the matter, meet with the student and speak with the teacher. She writes 504 plans for students who don’t qualify for special education services but have a medical condition that interferes with their education, and Eder sometimes assists teachers in classroom management techniques.

“I go down the school trying to help in any way I can,” she said.

“If students would understand that they just need to come in and talk to the teachers and get help, because all of our teachers are wonderful about helping,” she said.

Eder, who has worked at the district since January 1992, estimated she has been in her current position four years. Prior to that, she also worked with students with special needs.

“I love teaching,” Eder said. “I love working with the students, which is why I don’t want to be an administrator, because I don’t like all the red tape that goes with that. I want to just work with kids.”

Eder’s connection with the district does not stop with her employment. Her two adult daughters, Emily and Elizabeth, attended NRHEG, and she does bookwork for the school’s girls’ basketball and volleyball teams.

“I love our school district,” Eder said. “It’s small enough that I can know all the students in here and just make all of the connections. All of our teachers do.

To Eder, the relatively small size of the school allows her to form connections with students and their parents. She sometimes hears from former students on social media and in the community.

She acknowledged though her position can sometimes lend itself to difficult conversations with the students she serves, she knows that is sometimes necessary.

“I’m not here to be friends with the students,” Eder said. “I’m here to try to make sure they are as successful as possible. … I don’t like to raise my voice, but I’ll talk to them. I’m not afraid to let them know they’re going to stop this behavior, that behavior, and yet they turn around and come back and talk to me.

To Eder, the work her co-workers undertake allows her to do her job, and she spoke highly of the effort NRHEG staff members make, from bus drivers to lunchroom workers and teachers who communicate with each other between classes.

“It’s that sense of community here,” she said. “I think NRHEG is a great school. I really do.

NRHEG students Sydney Koziolek and Courtney Techau both said Eder is empathetic, always available to talk to students and stands up for bullying victims.

Though when she first started 27 years ago Eder did not think she would be in her position for a long time, she said the atmosphere at the school made her want to stay.