Jim was born Sept. 28, 1938, in Austin, to Rolland and Mary (Diekema) Finholdt. He graduated from Austin High School in 1957 and later owned and operated the J & L Drive In, which was in Mapleview. In the late 60s, he moved to Minneapolis, where he worked as a parts manager for Possis Corp. He relocated back to Austin in 1980 to care for his father and later moved to Albert Lea, where he met Peggy (Sullivan) Hanson. Jim and Peggy were married in November 1986 in Las Vegas, Nevada. Peggy was his one true love and he enjoyed spending time with her. Peggy passed away in May 2017. 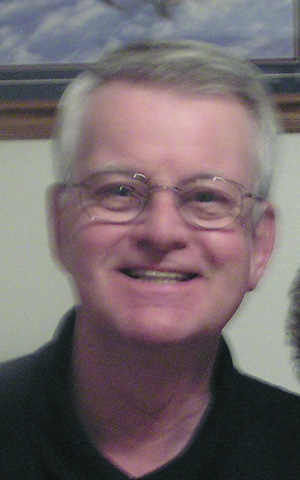 Jim loved all sports. He enjoyed playing baseball and basketball, horseback riding, snowmobiling, bowling and playing pool. He was known to his nieces and nephews as their “cool” uncle and he was always there for his family.

He was preceded in death by his parents; wife, Peggy; sister, Joyce Prehn; and brothers Ronald and Robert Finholdt.

Funeral services will be at 2 p.m. Friday at Clasen-Jordan Mortuary. The Rev. Dennis Tamke will officiate. Interment will be at Grandview Cemetery. Visitation will be one hour before the service on Friday.