Lake Mills dominates in quad to start 2nd half of season 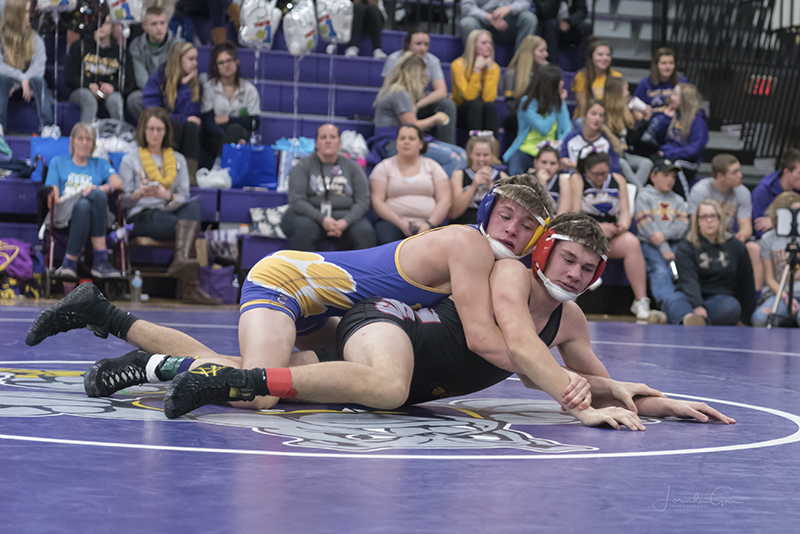 The second half of the wrestling season opened up Thursday night, and Lake Mills cruised to three dual wins in front of its home crowd.

In fact, the team dropped only two matches in the three duals combined.

Lake Mills opened the evening with a 76-3 win over Top of Iowa Conference West foe Garner-Hayfield-Ventura. In the meet, the Bulldogs collected five pins and seven forfeits to make quick work of the Cardinals.

“Our kids were very aggressive and did a nice setting the tone,” said coach Alex Brandenburg. “You never know what the kids are going to look like after a long break, so I was very pleased.”

Another shorthanded squad, West Bend-Mallard, was up next. Lake Mills would go onto another quick win, 81-0, picking up five more pins.

In the final meet of the night, the Bulldogs wrestled another conference foe in North Union. The result was similar to the first two duals as the Bulldogs beat the Warriors, 78-6.

“I think we wrestled our best in the last dual,” Brandenburg said. “We picked up seven pins, and a few of them were in close matches.”

With the trio of wins, the fifth-ranked Bulldogs improved their record to 15-3 on the year.