‘Looking at the things that our students need to be successful’ 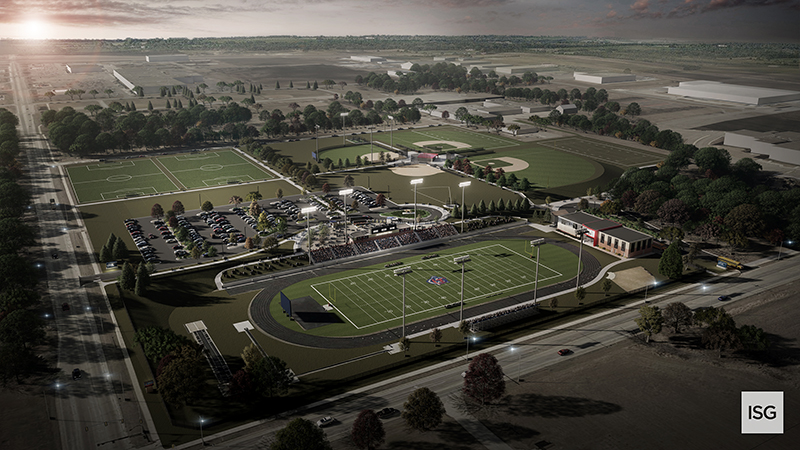 Three months after a Thoughtexchange community survey aimed to capture community feedback about Albert Lea school district athletic facilities, school board members took a proposal for facility updates to the community in a special board meeting Tuesday night.

The proposal includes a list of updates to Hammer Complex, an addition to Halverson Elementary School that would allow for a full-size gym, provide air conditioning to the high school gymnasium, and finish a high school swimming locker room that Albert Lea High School Principal Mark Grossklaus said was not completed in 2000 with the rest of the building due to lack of funds.

According to Athletic Director Afton Wacholz, the updates are necessary because athletics are an extension of the classroom. 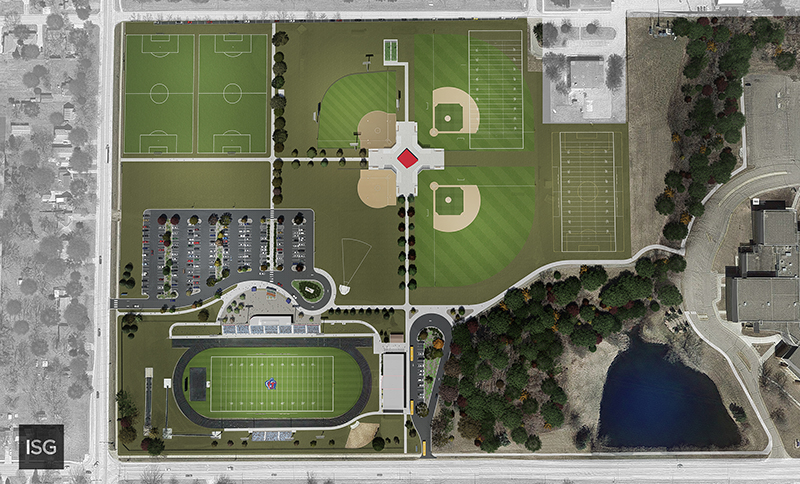 According to Athletic Director Afton Wacholz, the updates are necessary because athletics are an extension of the classroom. – Provided

“To provide them with space and opportunities that are going to meet their needs is so important to us,” Wacholz said. “Some of those may seem maybe like a luxury, but ultimately we are looking at the things that our students need to be successful.”

“Referendums can be pretty emotional for a community, OK, because basically school districts are asking the community for more money to operate or more money to build something. … So, it’s an opportunity for people who think their taxes are too high to say no.”

Funk said this is due to a wraparound schedule in which this bond replaces debt that is “coming off the books” from the pervious bond.

“The two most important resources to individuals in a community are their children and their taxes,” Funk said. “As your superintendent, I’m really the guy who makes recommendations to the board who balances the needs of the students versus what we can receive as far as resources from the community.”

According to Funk, if the project were to be voted down, taxpayers would see a $35 decrease on a $100,000 home in 2020. If the bond were to be approved, property owners would continue paying the same amount in taxes they are paying now..

The school board is legally obligated to term this a “tax increase,” Funk said, because it proposes an increase from what taxes would be without the bond in place.

On the list of improvements to Hammer Complex is a two-story fieldhouse and an updated softball complex, which Wacholz said is necessary to make the facilities Title IX compliant.

“We are noncompliant in that area, and we do risk some of that funding being taken away from us,” Wacholz said of the current softball facilities.

The proposed plan for the softball update includes dugouts, permanent fencing, a permanent scoreboard, a PA system, seating and a practice area.

Grossklaus said the updated softball complex is the portion of the plan he is most excited about.

The example Wacholz gave was a urinal trough that female athletes and coaches have to walk past to access the athletic training room, which she cited as a high liability for coaches.

“There’s a lot of privacy issues that we have to deal with,” she said.

In terms of compliance, Wacholz said the Hammer Complex updates are also planned to include seating area changes that bring the facility in line with the ADA. Wacholz said Hammer Field seating does not currently provide adequate seating for spectators in wheelchairs. 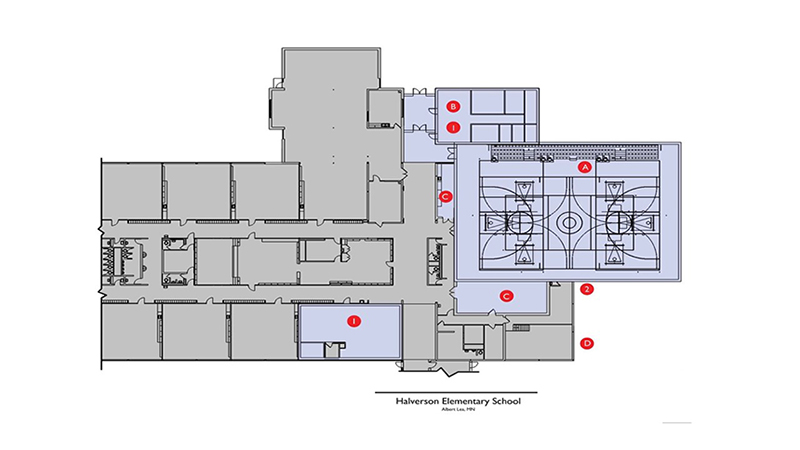 The plans call for an addition to Halverson Elementary School that would allow for a full-size gym. – Provided

“Once we start to make adjustments and changes to this, we will be required to make all of the necessary adjustments and upgrades, so this is where we have to look at is fixing what we have  — and the time and the energy and the money that we put into that — is it worth it to keep doing that, or do we need to make sure we are going to provide a structure that will get us through another 60 years?”

Feedback Tuesday from the community on the facility update plans were positive.

Max Jeffrey, a former football coach for Albert Lea High School, told the board he considered the updates long overdue, specifically in regard to Title IX.

“It makes us look awful,” Jeffrey said. “Just for our female students, it’s a big deal.”

Parent Kim Nelson, whose daughter plays soccer for Albert Lea High School, and community member Tom Newell both said they see the updates as a chance to bring opportunity into Albert Lea.

“The amount of the economic impact of bringing something like this to Albert Lea, I think that just the possibilities are endless,” Nelson said.

Wacholz also said the addition of bathrooms and running water has been the biggest reason that people support the project.

However, community member Mike Piechowski said although he supports the project, he is concerned that the upkeep of the new facilities has been considered.

“If we do all this new stuff, is it after the season going to go back to the way it was?” Piechowski said. He said he hopes the updates would get the community more involved in supporting athletics.

For community member David Peterson, supporting athletics is the other half of the equation. He said the athletic programs themselves need funding so they can meet opportunities provided by the updates. As is, he doesn’t see the programs filling the out the updates.

“I think this will be underutilized and undersupported if we don’t use both,” Peterson said.

Board member Dave Klatt said of the feedback he has received, most of those who object to the facilities updates are concerned about taxes or the state of athletics and athletic participation.

“The people that have had opposition are talking about the taxes and they’re also talking about and this is an unfortunate thing, the athletic teams and my thought on that is simple,” Klatt said. “Wrap around the taxes, make it a neutral situation like we are, the performance on the athletic teams, maybe we haven’t given them them the facilities for thirty years that they needed to get the participation of the students.”

However, Klatt said most of the feedback has been positive. A common thread between community members speaking to Klatt and attendees who addressed the school board is the sentiment that the facility updates are overdue.

“Hammer Field was great while it lasted,” Wacholz said. “But almost 60 years later, it is something that we need to make sure that we are now getting up to standards and the needs that we have now.” 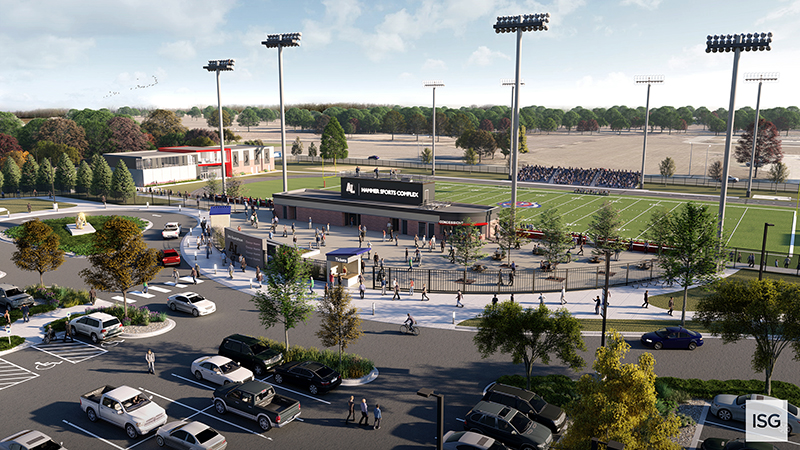 Hammer Field was great while it lasted,” Wacholz said. “But almost 60 years later, it is something that we need to make sure that we are now getting up to standards and the needs that we have now.” – Provided