Minnesota a cappella group returns for three-peat in Albert Lea 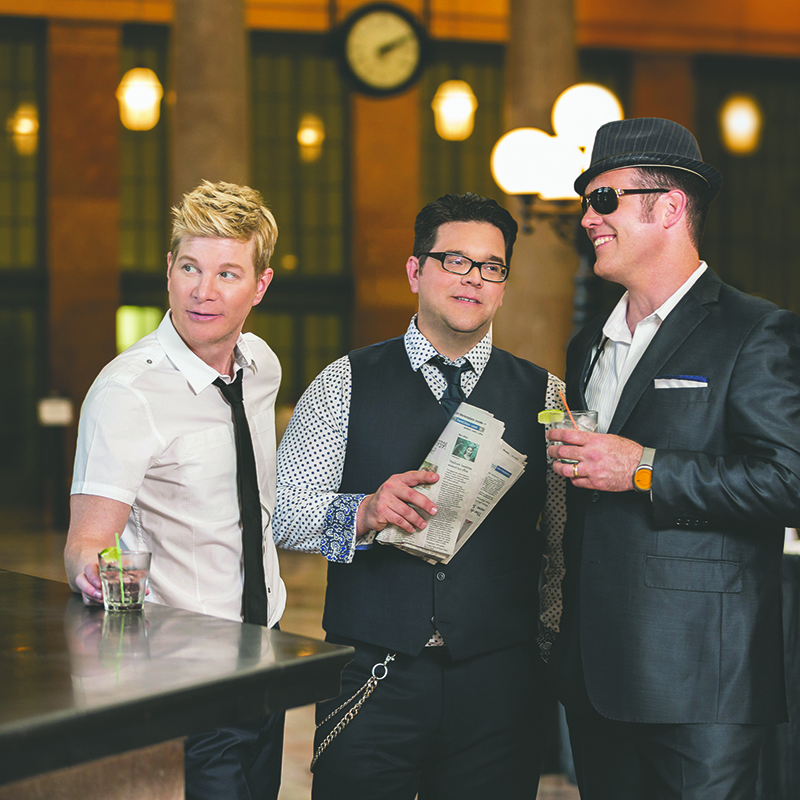 Tonic Sol-fa tenor Greg Bannwarth said the group has been experimenting with percussion while maintaining their a cappella sound. -Provided

When a cappella group Tonic Sol-fa considers its formula, its members aren’t talking about math.

Nevertheless, tenor Greg Bannwarth said the group has found a good one, one they’ll be capitalizing on for tonight’s show in Albert Lea.

It includes an a cappella group that, all members included, has been singing together for three years, and music that’s out there, but just mainstream enough to relate to the masses.

“If it’s not accessible to the mainstream because it’s almost too crazy, you have to keep that in mind when making arrangements,” Bannwarth said.

There are a few numbers to crunch, though: 60 percent of the show will be covers, while 40 percent of the songs are original material. Nonetheless, Bannwarth said he still sees 100 percent creativity in the group’s work.

“A lot of times our covers come across sounding like original material anyways,” he said.

This is because the group has moved into choosing artists audience members may recognize but songs that may be from a B-side, or songs that are not featured on the radio.

Furthermore, according to Bannwarth’s math, 97 percent of the music is still a cappella, and three percent of it is not.

“I think what we’ve figured out is a little more of our own new type of sound, if you will, for a cappella,” Bannwarth said. “(The) past couple years have had a couple changes within Tonic Sol-fa for the better.”

He was talking about member Theo Brown, who the group has begun utilizing for percussion and piano. Some of the inspiration for how Brown will use that percussion came through inspiration from the holiday tour, Bannwarth said.

What the group is working on now is finding “different ways to utilize his percussion and his different abilities from what we’ve done in the past so that the show itself has the right amount of highs, lows, things like that.”

Bannwarth said this percussive tint still works with a cappella because drums are not pitch-giving instruments.

“Even with that, it still stays true to the a cappella sound,” he said, and makes the show more well-rounded.

It is a new year, and this is one part of the group’s efforts to try a lot of new things, Bannwarth said: staging, music, showmanship.

“It’s been building each time, so we’re just hoping that continues,” Lang said.

It’s not just the size, either — it’s also the demographic.

“Nowadays, it’s hard to get the young folks out to our theater — the younger people — and this group definitely helps with that,” Lang said. “They appeal to a, let’s say everybody, but they also appeal to the, you know, 40 and under, 30 and under.”

Bannwarth credits some of their crowd to a greater mainstream awareness of a cappella in pop culture (think: Pitch Perfect and Pentatonix).

“The fact that it has been reaching a higher awareness level I think brings it, makes people more open to giving it a chance to begin with because they understand more so what it can be,” Bannwarth said.

The reward is twofold: Tonic Sol-fa members get to do what they do, and the audience can hopefully walk away feeling that what they’ve seen was worth their time, Bannwarth said.

“One of the best things that you catch … let’s say that they’re walking by the table or you’re getting ready to leave and someone is singing the song you were doing or they’re humming it, and that’s how you know you got to them — you got to their psyche.”

According to Lang, it’s also a few degrees warmer than the outside.

“I hope that people get out here in Minnesota when it’s 10 below zero, you know, there’s not a whole lot to do,” Lang said, “and it’s nice and warm in the theater and it’s definitely warm music that they put out.”

What: A cappella concert