Minnesota’s solar capacity on track to keep growing in 2018 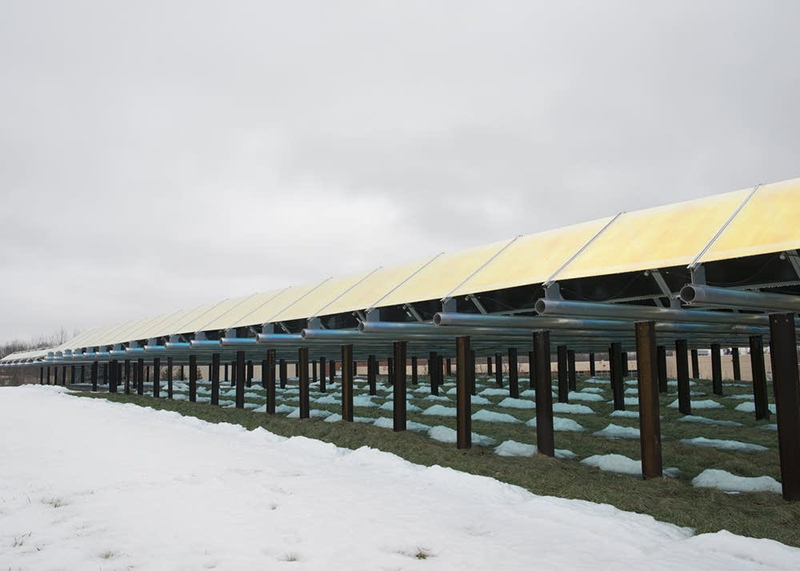 Minnesota added enough solar panels in 2017 to power about 53,000 homes, and strong growth is expected to continue in the new year.

The state’s overall capacity is now at more than 700 megawatts, according to the Minnesota Department of Commerce, which tracks solar installations.

“Our goal is to possibly reach a full gigawatt of solar in Minnesota by 2019,” Commerce Commissioner Jessica Looman said.

A gigawatt is less than half the capacity of Minnesota’s largest coal-fired power plant, the Sherburne County Generating Station, or Sherco. Power plants like Sherco have an advantage over solar because they can run continuously. Solar panels only produce energy at their full capacity when the sun is out.

Battery storage can help us use the sun’s energy more effectively by saving it for when we really need it.

“Solar plus storage is like peanut butter and chocolate. Two great things that go even better together,” said Sean Gallagher, vice president of state affairs at the Solar Energy Industries Association.

Several states have ambitious plans for battery storage — California is looking to reach 1,300 megawatts of storage by 2020, and New York wants to add 1,500 megawatts by 2025, Gallagher said.

“There are a number of states that are still moving forward with their climate and sustainability goals, and adding storage to the system will help them do that,” he said.

Minnesota has ambitious goals to reduce greenhouse gases. By 2025, the state hopes to reduce emissions by 30 percent from 2005 levels. The state did not meet its 2015 goal of a 15 percent reduction.

Minnesota is behind other states on storage, but a study from the Energy Transition Lab at the University of Minnesota last year showed strong potential for solar plus storage.

Even if it’s not the cheapest option, businesses and consumers seem to love solar anyway. Gregg Mast of Clean Energy Economy Minnesota said he expects storage will catch on here soon, thanks to what he calls “prosumers.”

“Those customers that are not only interested in how they’re consuming energy but how they’re producing energy,” he said.

Meanwhile, community solar gardens continue to drive the solar growth in Minnesota. The gardens are shared among customers who want solar electricity without having to install panels on their homes.

“It’s a way for them to participate in the growth of renewable energy themselves, receive electric credits on their utility bill,” said David Amster-Olszewski, founder and CEO of SunShare, a Colorado-based company.

SunShare switched on community solar gardens in Waverly and Montrose west of the Twin Cities last month. More projects will go online this month, and the company expects to build more when construction season resumes this spring, Amster-Oszewski said.

Customers get on a waiting list to be part of a community solar garden and then sign long-term contracts to get their energy from the solar panels. Amster-Olszewski said Minnesota added more community solar than any other state last year.

“You’re seeing a lot of states that are starting to follow Minnesota,” he said.

Community solar isn’t new in Minnesota, but it has taken several years for it to really ramp up. The Commerce Department said virtually all the added community solar capacity is part of Xcel Energy’s program, though 30 different utilities in the state added solar gardens in 2017.