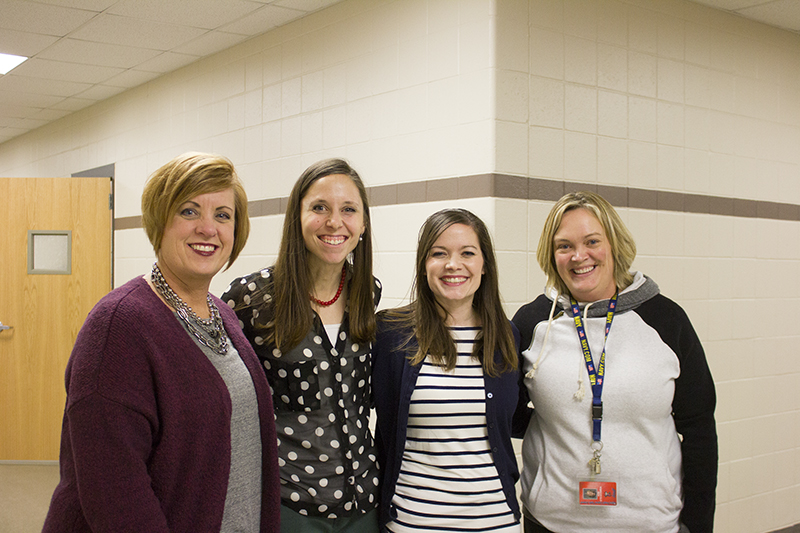 WELLS — Motivating students is a problem school districts have battled for a long time.

United South Central Public Schools is working to address the problem in a unique way teachers said has paid dividends.

USC has adopted a philosophy called Grit after beginning to discuss it in fall 2016 to improve reading scores and motivate students to take pride in their work.

“Not that they weren’t capable, but just that they didn’t really want to do it,” said high school family and consumer science teacher Nikki Feist.

Today, the school has a quote on a wall, “Grit is the will not to quit.”

“We just noticed that our students were lacking something,” said elementary school computer technology teacher Kim Stevermer. “It was not necessarily score-wise, but as overall motivation, like, ‘Why are they giving up so easy’ … we want to make sure that we’re producing students that are not only smart, but that are respectful in the community, that we’re producing good, well-rounded students.”

Based on the Grit philosophy, Feist, Stevermer and fellow teachers Anne Feist and Rita Augustine attended a two-day training through 7 Mindsets University in the Twin Cities. The lessons from the conference were implemented at USC last fall after program mentors traveled to the school to teach other district staff members about the approach.

“That started with Grit, and then we found a workshop to attend, and so we went to that this summer,” Nikki Feist said.

The seven pillars include lessons on self-belief, exploring passions, being gracious and thankful and following other steps to lead successful, productive lives. The goals were established based on research on people who lead extraordinarily happy and successful lives. USC staff focus on using positive approaches with  students to ensure they behave well and respect themselves.

“The idea is that you make small shifts in the way of someone’s views in the world or their future in it, and then you can help create a positive and sustainable transformation,” Nikki Feist said.

A classroom teacher has reportedly kept track of the number of days students have completed their homework in a row, while high school students reminded a teacher who expressed negative self-talk that positive self-reinforcement is needed.

Motivated students are successful, according to the district.

“To take those kids that maybe don’t get as much positive reinforcement and instill that in them that they’re going to start thinking things that they maybe never thought that they can do, and now they’re realizing, ‘Somebody believes in me,’” she said. “‘I can do this. I can believe in myself now.’”

USC hopes positive behavior reinforcement encourages good sportsmanship and self-confidence in school sports and is adopted by the community.