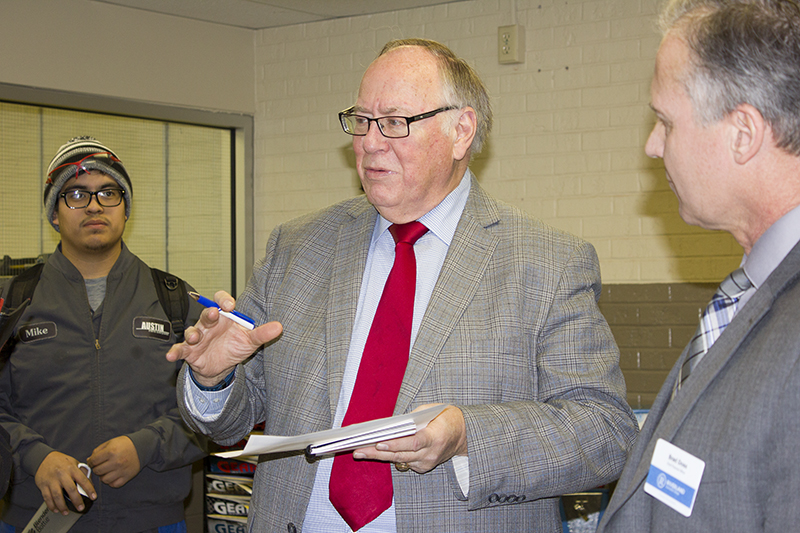 Riverland is requesting $10.1 in state bonding to relocate truck driving and collision programs from Austin to Albert Lea and to integrate the programs into shared spaces with auto service and diesel programs. The college also hopes to demolish the Gateway Building and construct 7,482 square feet in additional space.

Lawmakers were given a guided tour of the college’s shop facilities and asked questions about the project that were answered by college officials. Following the tour, Albert Lea city leaders pitched a request for $1.9 million in bonding dollars for a bridge over Albert Lea Lake that would connect the Blazing Star Trail from Myre-Big Island State Park to Hayward and $20 million for two phases of development of Blazing Star Landing.

“Looking at this one, I would say it’s ready for some help, that there (are) issues here that we need to deal with,” he said. “There’s growth on the way, and we want to make sure that it grows well. I would say that I’m impressed with the programmatic part of it.

“I think it does very well in presenting good programs for students to participate in here.”

Senjem said colleges need to have quality facilities for functionality and for appearance because they are competing with other institutions that could have newer facilities.

He predicted the state would allocate substantial funding for its upgrade and maintenance fund. 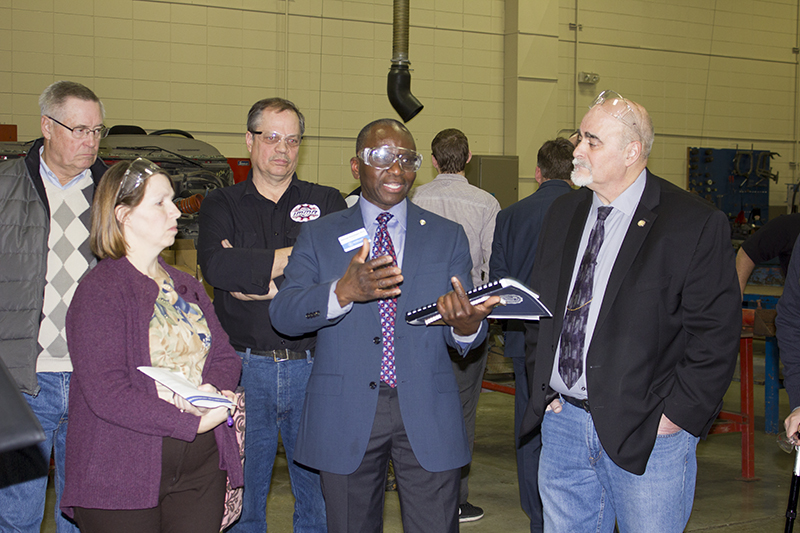 He described the region as growing and wants education facilities to reflect that growth. Senjem did not promise Riverland work would be funded in its third attempt for bonding dollars.

“I don’t want to promise anything, because it’s a long way until May, and there’s a lot of pressures that come with a bonding bill,” Senjem said. “But the value of doing these tours and being here is see first-hand the deterioration in the building, things like that.”

He said he would rather the Gateway Building be used in some capacity to avoid having to tear it down but acknowledged the final decision on its status would be up to local officials.

Riverland Community College President Adenuga Atewologun said the building has been out of use for about seven years and is not designed for industrial work space.

He said the project is important for the college.

“We are saying, ‘If you give us this money, we can improve our equipment and also upgrade our facilities and also train faculty,’” Atewologun said.

The 62-acre Blazing Star Landing is at the site of the former Farmland Foods facility that burned down in 2001.

He noted extensive local support for developing the site to lawmakers and presented an overview of the first two planned phases of the project.

The first phase is expected to move Front Street to make way for lakefront development and preliminary preparation work north of the railroad.

Work previously planned for the second phase of the project includes the construction of a community center plus additional work north of the railroad. Plans for a community center have included space for senior services and programs, meeting and activity rooms, a four-lane walking and running track, a fitness room with free weights and cardio, studio spaces, an aquatics area, an indoor play park, game room, four-court gymnasium, racquetball courts and child care, among other amenities. Private development would also occur with the second phase development.

Recognition of Farmland Foods could also be included in second phase development.

Albert Lea Family Y Executive Director Dennis Dieser discussed his support for the plan to avoid the duplication of services.

“It makes a lot of sense to pull the pieces together,” he said.

He advocated for the city’s $1.9 million request for Blazing Star Trail, noting the extensive amount of time local officials have waited to receive funding for the project from the state.

“I’m certainly going to champion all of them,” he said. “I think they’re very important.”

Senjem called it “exciting” the city is looking to use the properties.

“We’ll see if we can make it work,” he said. “We want to look at the local dollars a little bit, how it matches up.”

Senjem acknowledged the committee will likely lean toward funding projects that are relatively inexpensive and uncomplicated but did not rule out the possibility of any of the projects receiving funding.

“We might be asking more from the standpoint of local dollars, but it’s just early in the decision,” he said. “It’s obviously a negotiable item.” 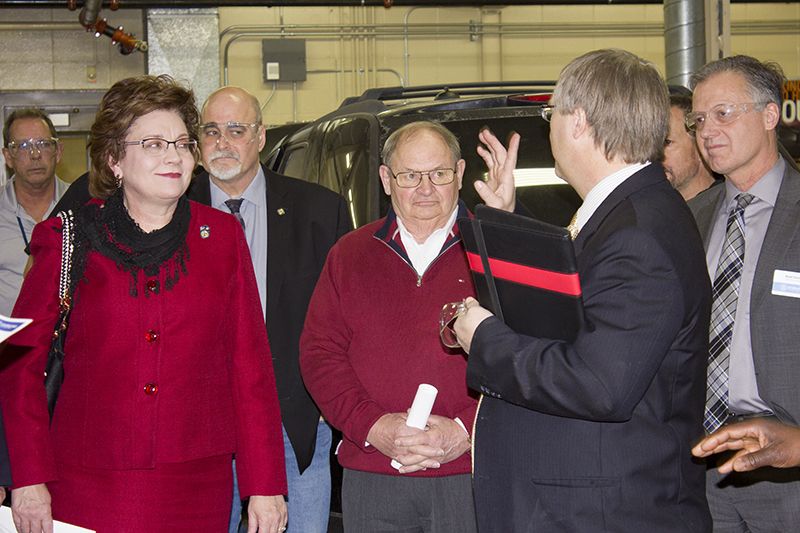