Funeral services for Rodney J. Spooner will be at 10 a.m. Saturday at Bonnerup Funeral Service in Albert Lea. Visitation will take place one hour prior to the service. Following the service, the body will be cremated. 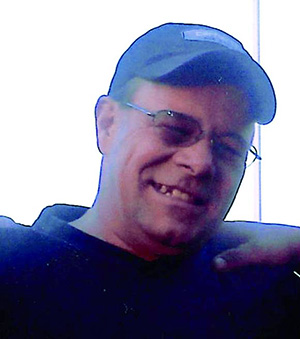 Rodney Joseph Spooner was born on Oct. 13, 1966, to David and Elizabeth (Wick) Spooner in Albert Lea. He grew up in Hartland, and graduated from New Richland-Hartland High School in 1985. Rodney enlisted and served for his country in the Minnesota National Guard for three years.

On Feb. 16, 1991, he was united in marriage to Tammi (Kreun) in Hartland. The couple later divorced.

Rodney began working at a young age for Hi-Yield in Hartland. He went on to own his own trucking company, Spooner Trucking. He also worked for EPCO as a regional manager and most recently, drove truck for Waterford Oil out of Northfield. Rodney was always working and enjoyed the work he did.

When Rodney wasn’t working, he enjoyed snowmobiling, hunting, fishing and was an avid Minnesota Vikings fan, often saying he bled purple and gold. He loved his grandchildren and would always look forward to spending time with them. Rodney was a person with high morals. He would always treat you with respect. He was the most selfless person that there was, he would give the shirt off his back to help somebody else before he would think about helping himself.

Rodney is preceded in death by parents Dave Spooner and Betty Fuhs; and his granddaughter, Tanlyn Spooner.