Scarlets offense too much 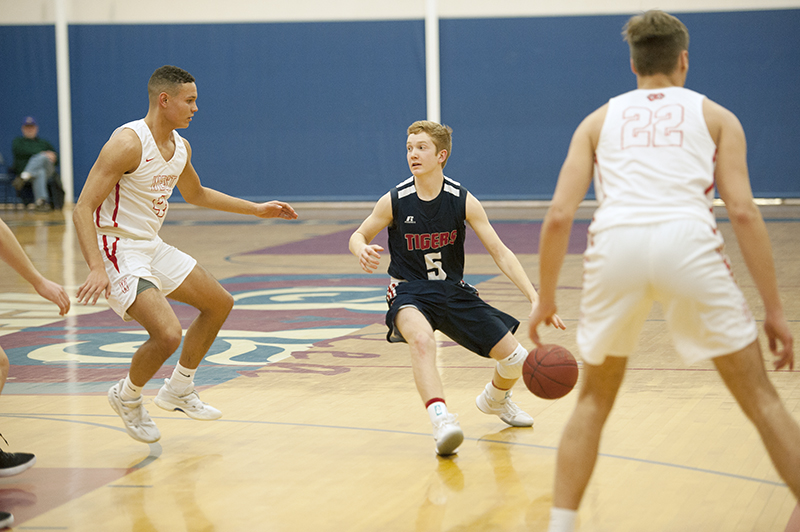 The Albert Lea boys’ basketball team hosted Mankato West on Tuesday night looking for their first win of the season.

The Tigers were outmatched by the size and speed of their opponents, as they fell to the Scarlets, 63-29.

The Tigers were able to keep the Scarlets at bay for the first few minutes of the game, using long offensive possessions and multiple passes. However, the Tigers were unable to score their first basket until nearly six minutes into the game — which came from sophomore Connor Veldman in the paint.

After getting their first points on the board, the Tigers found themselves in a double-digit deficit. They played tough through the half, but it was no match for the overpowering Scarlets. The Tigers went into the break down 42-18. 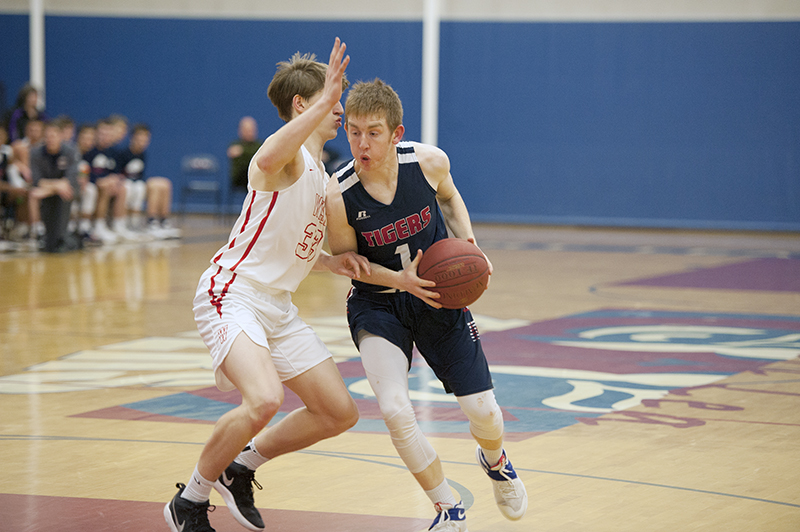 Albert Lea senior Garret Piechowski drives into the lane during the first half of Tuesday night’s loss to Mankato West. Piechowski would score two points in the game. – Tyler Julson/Albert Lea Tribune

Albert Lea came out in the second half and struggled offensively. The team made just four shots from the field throughout the half.

The Tigers’ inability to get to the line undoubtedly had an impact on the game. Although percentage wise, they shot 75 percent, the Tigers made it to the line just twice throughout the entire game. Sophomore Andrew Willner went two for two from the line, while sophomore Koby Hendrickson went one for two. The Tigers were outscored in the second half, 21-11.

One positive takeaway from the game was the way the Tigers were able to share the ball. Nine different Tigers scored points for the team on Tuesday night, thanks to smart passing and selective shooting. Tuesday night’s 63 points for the Scarlets is the lowest point total the Tigers have given up this season.

Albert Lea falls to 0-12 on the season and will play again when the team hosts the 6-5 Stewartville Tigers at 7:30 p.m. Thursday. 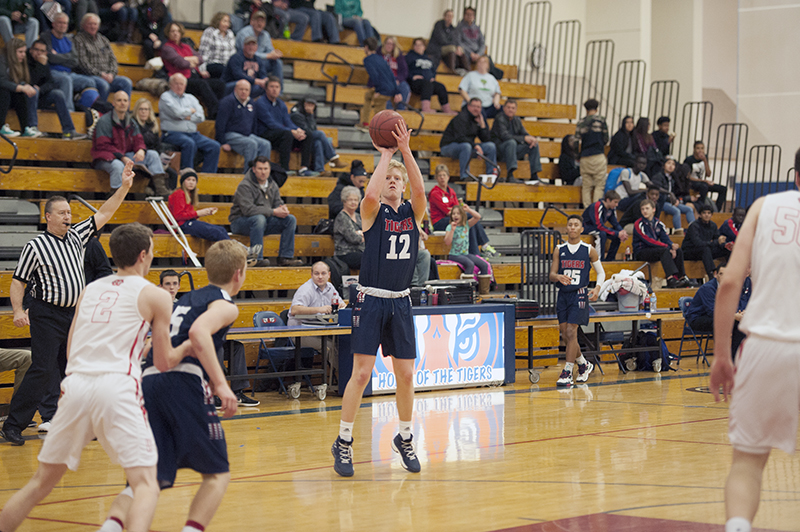 Albert Lea junior Dylan Scherff pulls up for one of his two three-point baskets on the night. Scherff ended the night with six points. – Tyler Julson/Albert Lea Tribune