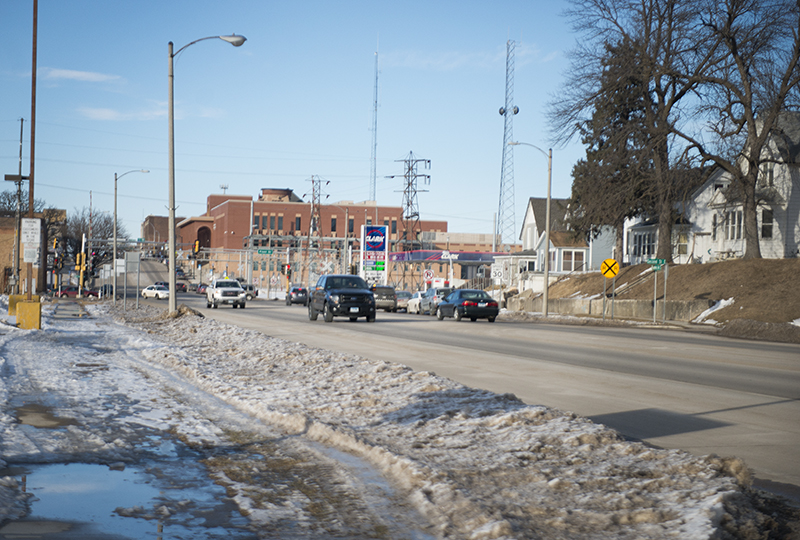 Crashes on South Broadway Avenue have reportedly decreased since a portion of the road was downsized. - Colleen Harrison/Albert Lea Tribune

Crashes down by more than half on South Broadway Avenue

Crashes on South Broadway Avenue have reportedly substantially decreased in the three years since the road was downsized from Main Street to Seventh Street.

According to the city, there were five crashes from November 2015 to Nov. 1, 2016, including a rear-end collision for a stopped train, a crash involving a lane change, two intersection crossings and a semi that made too sharp of a turn, hitting a vehicle.

The following year there were four crashes on the corridor, a sharp reduction from the 12 to 13 per year on average prior to the change.

During the 2015 project, the road was modified to have two regular driving lanes and a center turn lane, along with bike lanes that could also act as buffer zones on both sides of the street and parallel parking.

The project took place after international transportation expert Dan Burden encouraged Albert Lea residents to take advantage of a mill and overlay project slated for that summer on South Broadway and lobby the state for what he called a “road diet.” 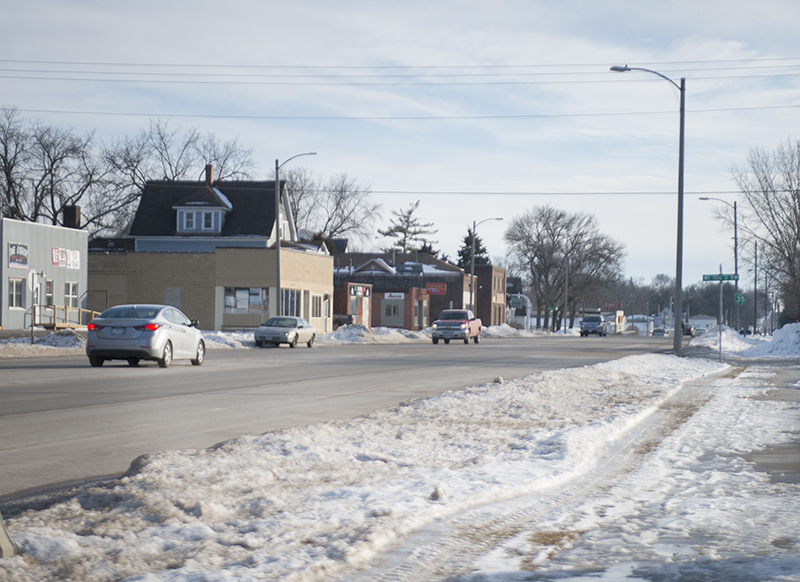 Albert Lea City Engineer Steven Jahnke said previous analysis showed parkers could open their doors safer on the side of streets, and the need for quick turns that in the past would cause crashes was eliminated.

Jahnke said though the bike lanes are not heavily used, they serve a safety purpose.

Burden called the decrease in crashes “very positive,” and said the traffic lanes lost were not needed and created confusion, leading to the possibility of more crashes.

Burden said he predicted there would be a 20 to 50 percent reduction in the number of crashes after road work was completed.

“We’re thrilled with it,” he said.

MnDOT spokesman Mike Dougherty said reducing lanes but having a middle turn lane allows drivers to slow down, leading to better reaction times and a lesser likelihood of a crash.

Dougherty called the reduction in crashes “encouraging,” and said in several years a longer-term trend should be gathered on how the changing of the roadway is reducing crashes.

“It’s headed in the right direction,” he said.