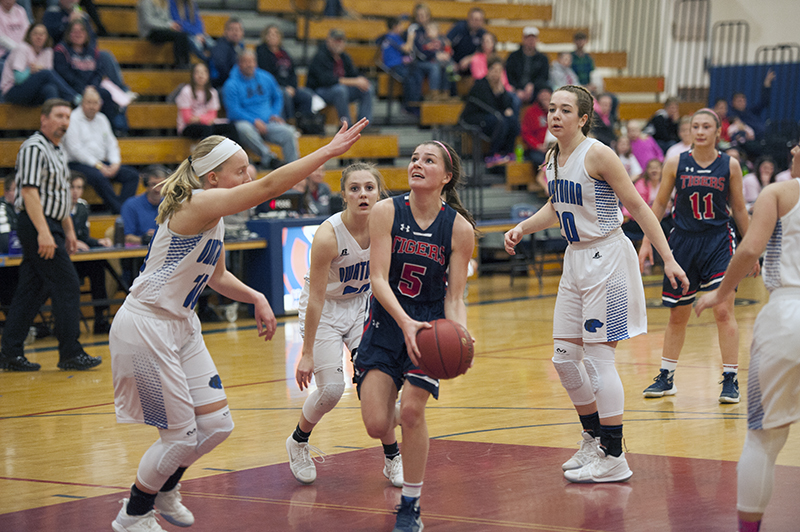 Albert Lea senior Rachel Rehnelt looks for a layup Friday night in the loss to Owatonna. Rehnelt would lead the team in scoring with 18 in the 76-43 loss. - Tyler Julson/Albert Lea Tribune

Owatonna offense is too much for Albert Lea

Unfortunately, the Tigers played a hot-shooting Huskies team that was in the middle of a three-game win streak. The Tigers would lose to the Huskies, 76-43.

Albert Lea was helped slightly in the first half with a pair of three-point baskets from senior Rachel Rehnelt and sophomore Turena Schultz. However, they were plagued by turnovers and a relentless full-court press put on by the Huskies. 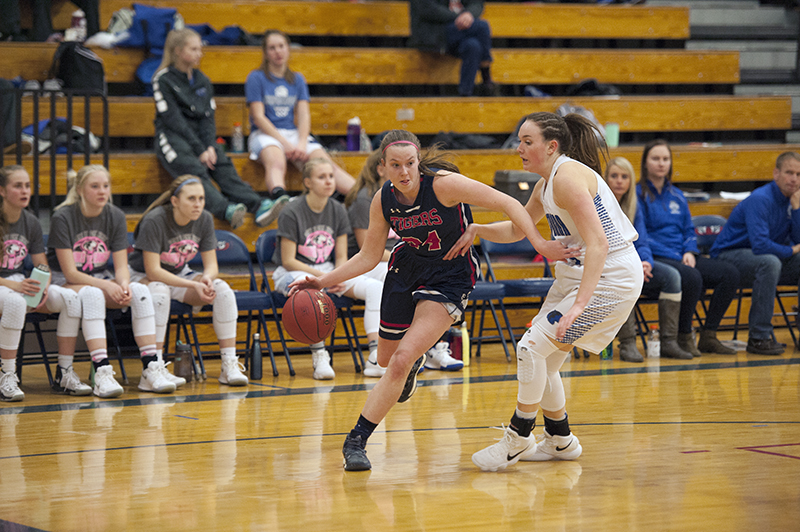 One of the bright spots in the first half was Rehnelt, who scored nine of the team’s 18 first-half points. However, the Tigers defense was unable to hold up against the much faster offense of the Huskies. The Tigers went into the halftime break down, 41-18.

Albert Lea came out in the second half playing a much more physical game on both sides of the court.

The Tigers were able to get to the line multiple times, but were only able to convert half of the time, going six for 12 from the free-throw line. They were able to increase their offensive production in the second half as well, but the fire power of the Huskies was too much.

The biggest difference in the game was the turnover category. The Tigers committed 24 turnovers to the Huskies’ 11. 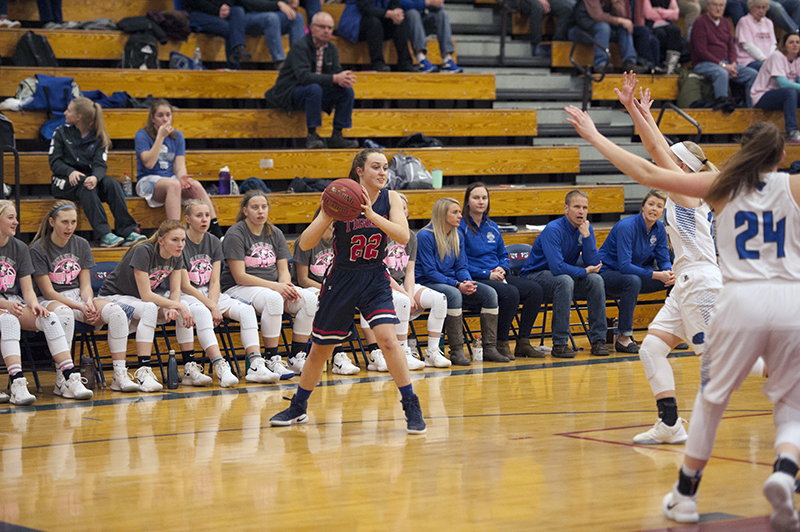 Rehnelt led the team in scoring with 18 points and shot an impressive 67 percent from inside the three-point line. Schultz finished with nine points and senior Lydia Boorsma had five.

Albert Lea falls to 2-15 on the season and will be back on the court Tuesday when the team travels to Rochester to take on the 4-13 Century Panthers. 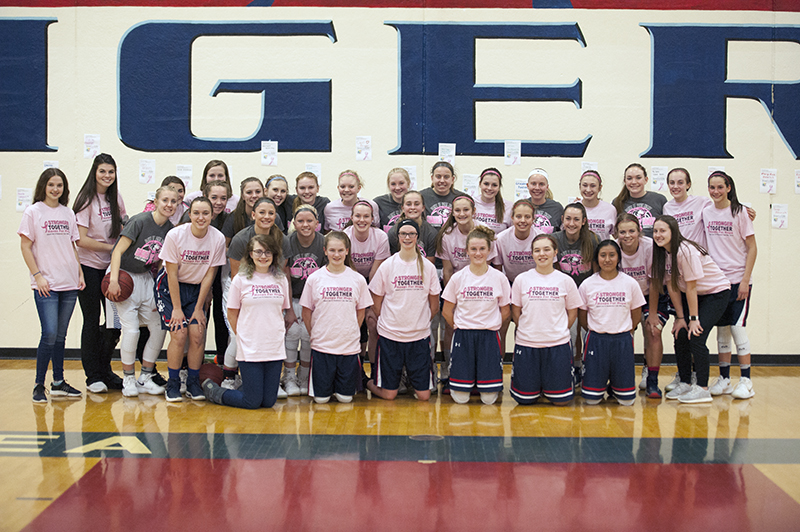 Players from both the Albert Lea and Owatonna teams gathered for a photo before the game, showing their support for the fight against cancer. – Tyler Julson/Albert Lea Tribune