“It has been my honor to serve 13 years for the district,” Behnke said in a resignation letter read by watershed board Chairman Dan DeBoer Thursday. “Getting the permit for the dredging was a long road, but we won the battle. At this time I have chosen to pursue a new venture. Thank you to the community for all they have done.” 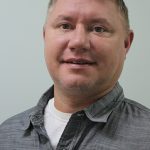 Director of field operations Andy Henschel has agreed to take the interim leadership role, a shift Henschel said will find him doing more administrative work than he currently takes on.

DeBoer said the resignation was sudden.

“We wish him the best,” DeBoer said.

Behnke said he does not see the timeline of his resignation as outside of the norm for a governmental official.

He said it was time to move on.

“I’ve been here for 13 years and they hired me to clean up the upper watershed and get dredging,” Behnke said. “I have accomplished that, and I just feel like I need to move on to my next venture.”

Behnke said he will not be staying in Albert Lea.

“I just want to thank the community for the last 13 years,” Behnke said. “It’s been an amazing experience.”

The board approved purchase of the Owens wetland as part of the larger Pickerel Lake and stream restoration project. The purchase is approximately 45 acres, Henschel said, and located just south of Pickerel Lake off of U.S. Highway 69. The purchase agreement said the price will be $5,700 per acre.

Henschel said the next step would be to begin wetland restoration construction.

The board approved a motion to authorize the district to solicit bids from contractors for the dredging of Fountain Lake. Henschel said the bid committee’s plan is to bring at least five of the best bids to the board for consideration.