‘A purpose is truly going to carry you through’ 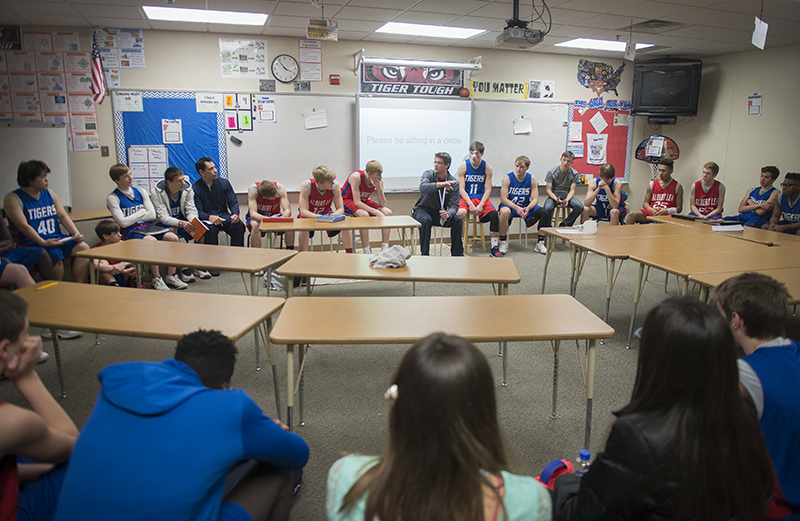 Albert Lea High School athletics are attempting to combat more than one type of turnover with a newly adopted athletic program initiative.

The 2017-18 school year is the first to showcase InsideOut, an initiative under the “Why We Play” umbrella that works to focus more on purpose than passing yards and points. Albert Lea Athletic Director Afton Wacholz said the InsideOut initiative is about reestablishing an education-based focus in high school athletics.

“As a high school, our students have the privilege to be a part of athletics because they are students,” Wacholz said. “And we have to reclaim that again, because it was getting lost.”

“To me, it was a no-brainer that we’re going to jump on board,” Wacholz said.

Albert Lea High School varsity football coach Corey Black said during this year’s season, he was very intentional with the words he and his fellow coaches used. The team’s focus was redirected from games to practices.

Albert Lea High School baseball coach Sean Gaston is preparing for his first season under the InsideOut initiative, and said he had already seen elements of the InsideOut ideology in the Albert Lea program. However, Gaston said the initiative’s MSHSL backing is giving the coaches’ tactics a feeling of legitimacy.

“I think that’s really fired me up,” he said. 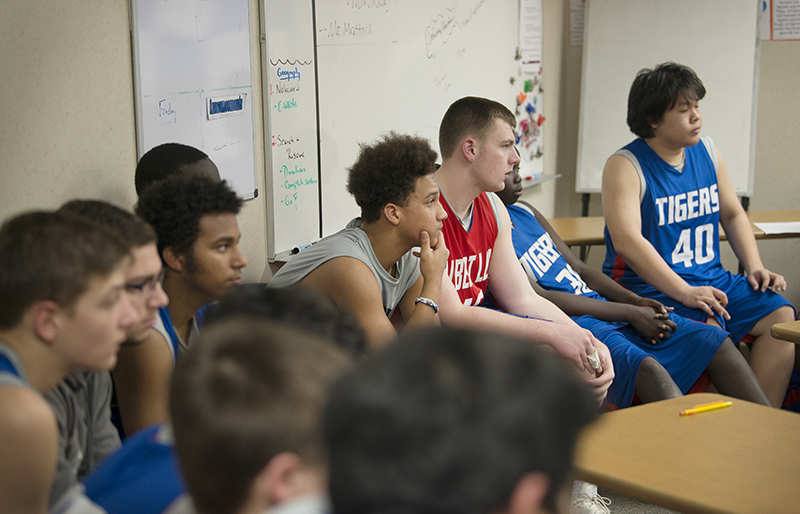 Wacholz said Albert Lea High School has several young and new head coaches who are on board with the philosophy, but that getting all the coaches equally fired up about the program will take some time. There’s also scheduling to consider: the group meets at 6:45 a.m., Wacholz said, and it’s not always possible to get volunteer coaches and coaches who teach at different buildings to attend due to scheduling.

“It’s going to take some time because it’s a change,” she said.

Part of the reason the coaches are meeting together at 6:45 a.m. is a focus on consistency from coach to coach.

“We want consistency between programs … so that our students have that consistent expectation from season to season,” Wacholz said.

She said a standard of behavioral expectations between programs takes some of the pressure off coaches.

Also, Black said he saw the change create a mindset shift in his players.

“The student athletes eat it up … because it holds everyone accountable to the same standards,” he said.

This accountability to each other is the next step Gaston said he sees on the step to winning.

“I think we’re starting to see that with our athletes, and I think this initiative plays a large part in that,” he said.

Black also said he anticipates the InsideOut mentality pushing athletes to participate more fully, to improve teamwork and, ultimately, to benefit in the win/loss columns.

Like Black and Gaston, for Wacholz, this initiative doesn’t remove a desire to win from the equation. Wins are still on the agenda; it’s how the students get there that she wants to see change.

“People keep going back (to) why aren’t we, why aren’t we thinking winning is important?” Wacholz said. “And, obviously, our students think that, too. You know, all of us are in athletics and because we are competitive people, we do like to have those results, but it’s, it’s really focusing on doing those things right … because when you play as a team and you have that culture that you respect each other, things are going to happen — and they’re going to happen right, and we’re going to see success from that.

“And so it is not that we are taking attention off of being competitive and creating a winning culture, but it’s how we achieve that winning culture that’s truly what’s most important.”

For Gaston, this goes back to those teaching moments.

“As coaches, we often get stuck with this idea that you know we have this kid for four years, so 80 games,” Gaston said. “That’s sort of where I think a lot of people focus on is what happened those 80 games, and I know I look back at the coaches that I remember and I don’t remember very many of those 80 games, and I think that that’s a goal that a lot of us have now started to really push in our programs is, ‘What are we going to do for you in the next, really, 80 years?’ You’re going to take something from this that extends way beyond what you did here in (these) four years.”

It’s the distinction Wacholz made, too, at a mid-January school board meeting.

“We play to win, but winning is not our purpose,” Wacholz said. “There’s no end to a purpose. Goals, they start and they end, but a purpose truly is going to carry you through.”