‘An awesome opportunity for us to help human beings’ 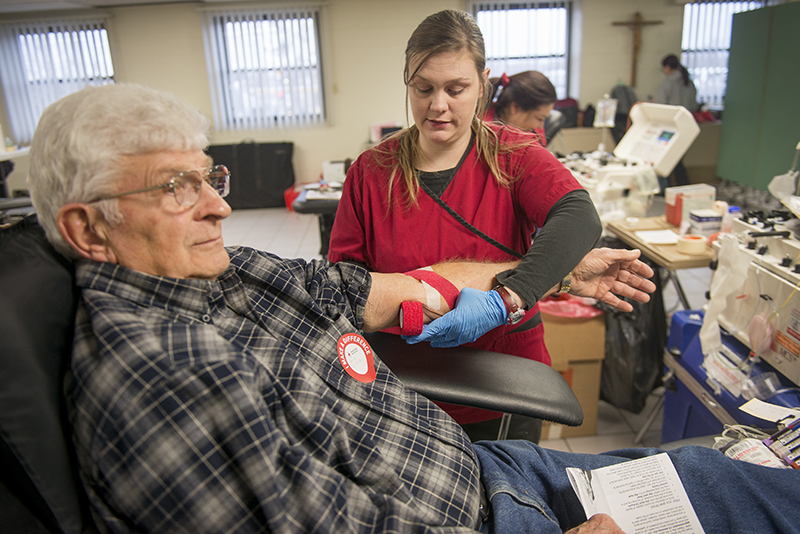 Selflessness is defined as being more concerned with the needs of others than your own.

That trait was on display Friday at the American Red Cross blood drive at St. Theodore Catholic School.

Donor Barb Schroeder said she became a frequent donor when her grandson served in Iraq eight to 10 years ago.

“I know there’s a great need for it, and I always try to do it as often as I can,” she said.

“I come as often as I can because they need us for many things.”

To Schroeder, giving blood allows her to help other people. 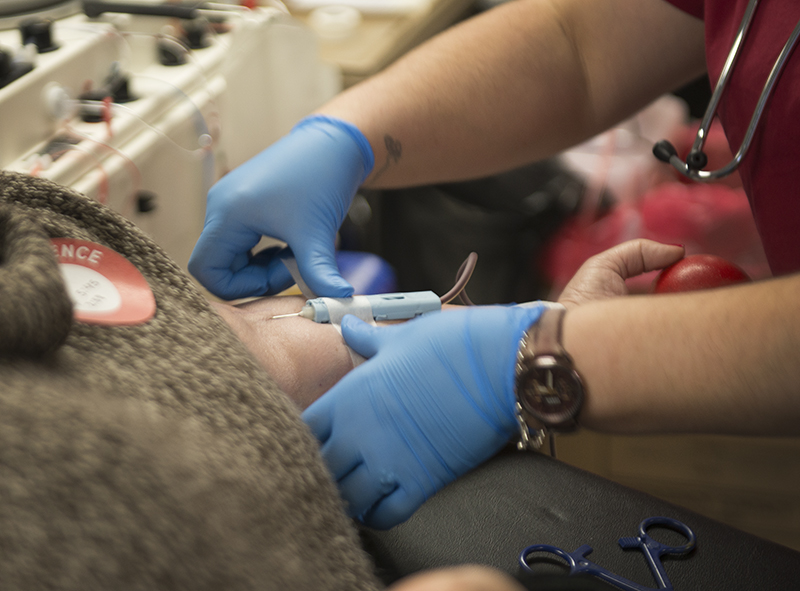 Blood drives are conducted frequently to help increase the blood supply, including at least one per week in Albert Lea. – Colleen Harrison/Albert Lea Tribune

“You just feel like you did something good for somebody,” she said. “And actually, sometimes when you give blood, more than one person benefits, a bunch of them do.”

Volunteer Peggy Vandersnick estimated she gave blood 10 times before she was unable to anymore.

“This is an awesome opportunity for us to help human beings who are in need desperately,” she said. “The Red Cross is such an awesome organization.”

Her husband was donating two units of red cells at the event.

“It’s just something you start doing,” she said.

More than 1.69 million people were expected to be diagnosed with cancer last year, many of them needing blood — sometimes daily — during chemotherapy. A single car accident victim can reportedly require as many as 100 pints of blood.

Nicholas Hellen, team supervisor for the Red Cross, said blood drives are conducted frequently to help increase the blood supply, including at least one per week in Albert Lea.

Hellen’s mother, father and grandfather have all received blood during their lives.

“It’s a blessing, it really is,” he said. “We’re definitely thankful it’s there when we needed it.” 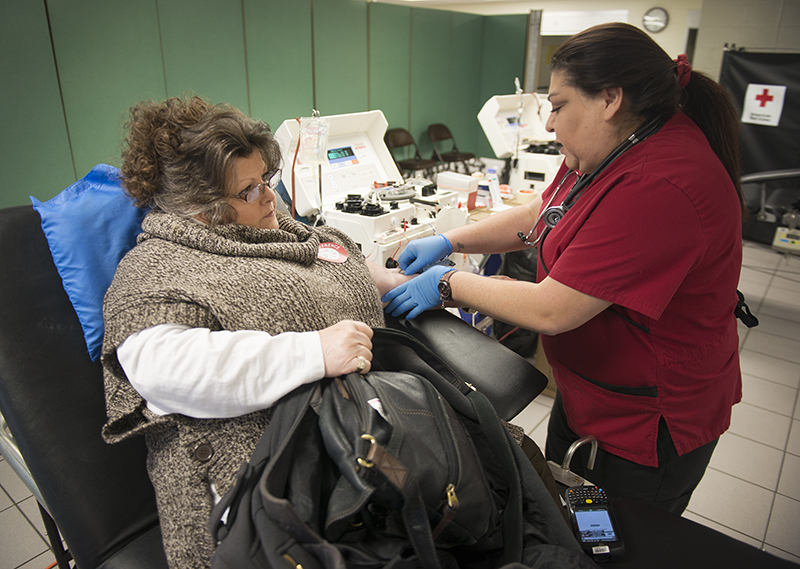 Coral Ringoen of Albert Lea donates blood during an American Red Cross blood drive Friday at St. Theodore Catholic School. Ringoen said she tries to donate as often as she can, about every two months. – Colleen Harrison/Albert Lea Tribune