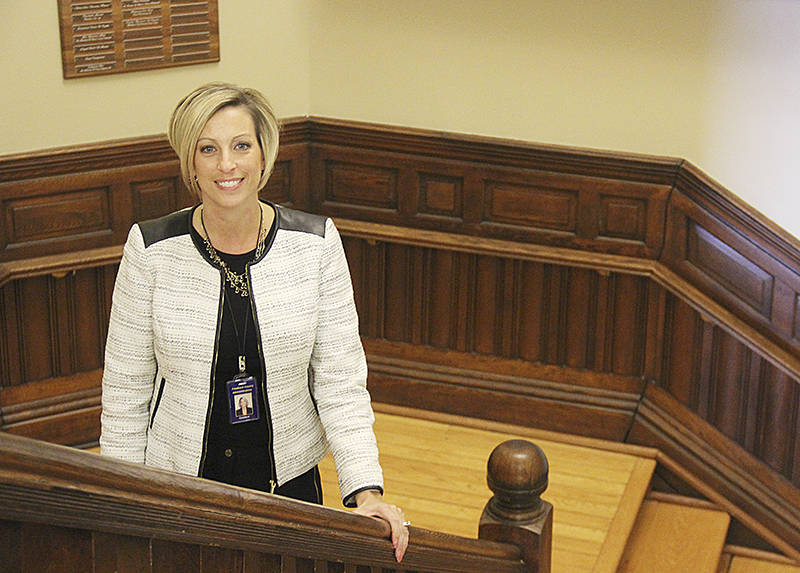 A familiar face in the Freeborn County administration office returned in September to take on her position a second time.

Candace Pesch previously worked for the county in the Court Services Department before being hired as human resources director in October 2014.

She was later offered a position as a consular fellow with the U.S. State Department. She went directly to Washington, D.C., for training before being assigned to go to India.

As the wife of a Marine, she was no stranger to living across the globe, as she has lived in many places throughout the years, including Hawaii, California, Paris and Bahrain, where she worked as a medical assistant and in organizational leadership.

She said she had taken the test to become a foreign services officer for several years before, and couldn’t pass up the opportunity when it arose.

While in India, she said she conducted interviews for four hours every day, among other responsibilities.

While with her new position, she said she kept in contact with people at the county.

She said she came home to Albert Lea for Christmas in 2016 and then back home in May for her daughter’s graduation. At the end of this past June and beginning of July, she heard both the human resources and county administrator positions were open.

She decided to reapply for her old job and in September had a phone interview.

She said she started that same month — the same time Tom Jensen was hired to become the new county administrator from his former position with the court services department.

She noted it was ironic that she had initially been hired by Jensen when she first started working for the county in the Court Services Department prior to becoming human resources director, and now the two of them are working together again.

“When Tom and I started, it’s been about rebuilding trust and running everything with integrity,” she said.

One of her responsibilities is reviewing the county’s policies and figuring out how the county conducts business based on those policies. Former Albert Lea City Attorney Lee Bjorndal has been hired to help review the policies.

“We’re just kind of going back to basics and restructuring from the ground up,” she said.

“I missed it here,” she said. “I missed the people here, and I missed the job. I missed the community. I honestly thought I would never get to walk back through these doors and sit down in this office.”