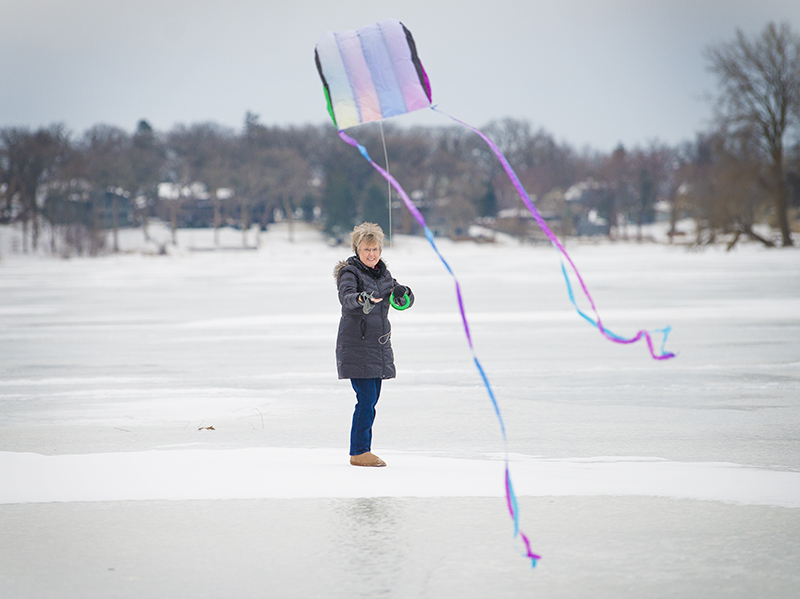 Among the handful of new events added to the Big Freeze this year was a display by the Minnesota Kite Society. -Colleen Harrison/Albert Lea Tribune

Among the handful of new events added to the Big Freeze this year was a display by the Minnesota Kite Society, who staked out some airspace near the Edgewater Bay pavilion this year to put a 16-foot tiger kite into the sky. 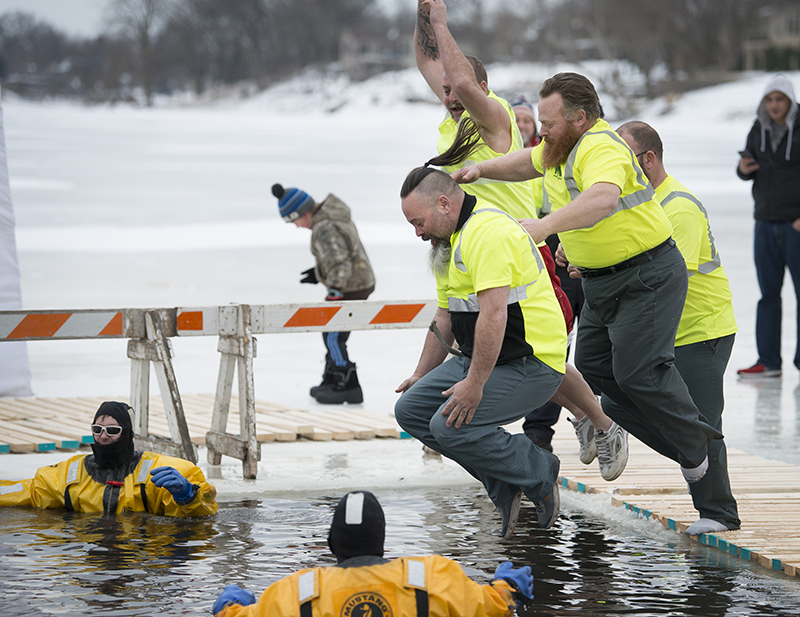 A team of Waste Management workers take part in a blue ice plunge in Edgewater Bay as a part of the Big Freeze on Saturday. –
Colleen Harrison/Albert Lea Tribune

“We do a lot of stuff just like this,” Pegg said. 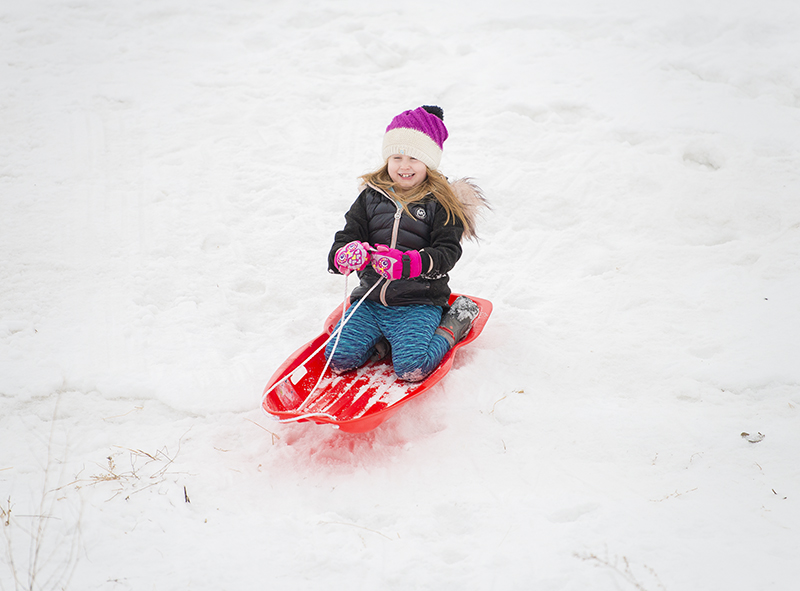 Albert Lea Convention and Visitors Bureau Executive Director Susie Petersen said she invited group members after seeing a display in the Clear Lake community. She said the hope was to have “just a little color on the ice.”

Pegg has been in the kite society for close to 30 years, he said. This January and February are two of the busiest months he has seen. Despite perceptions that kite-flying is a summer activity, Pegg said the winter is a good time, too. 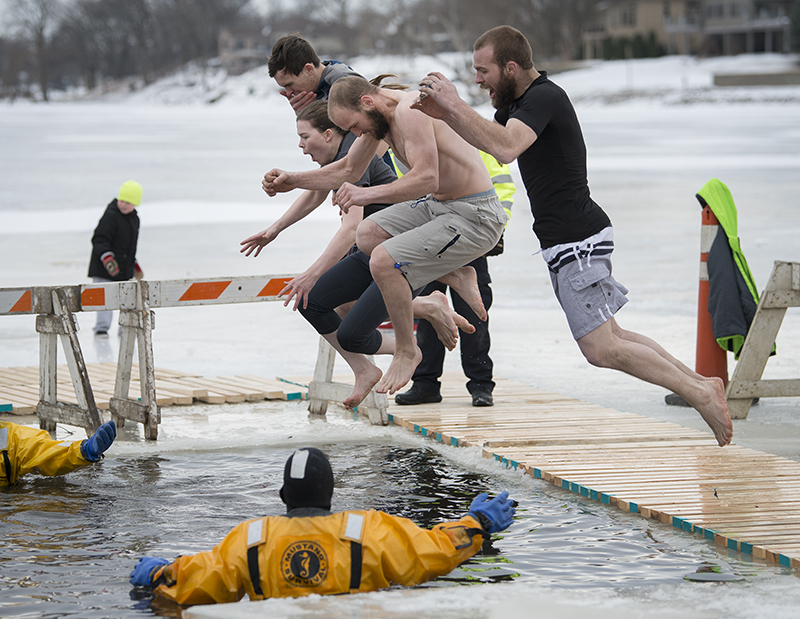 “We want to continue to grow this,” Petersen said. 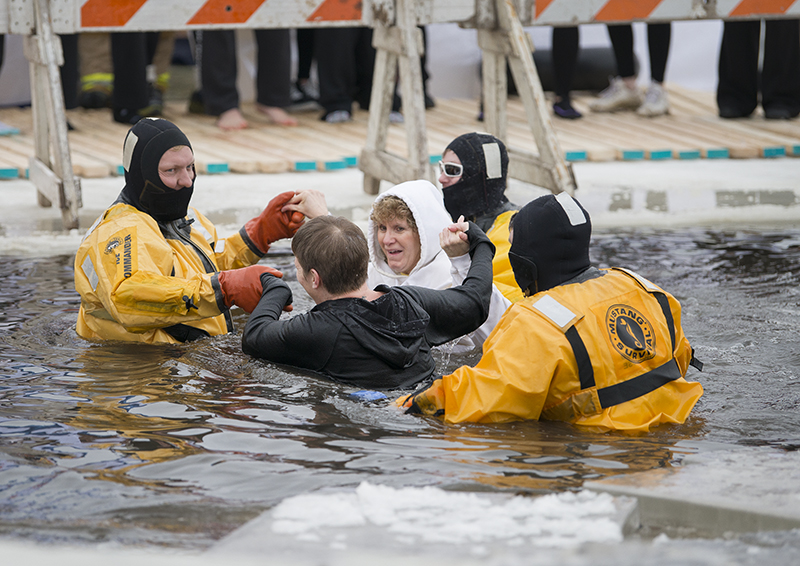