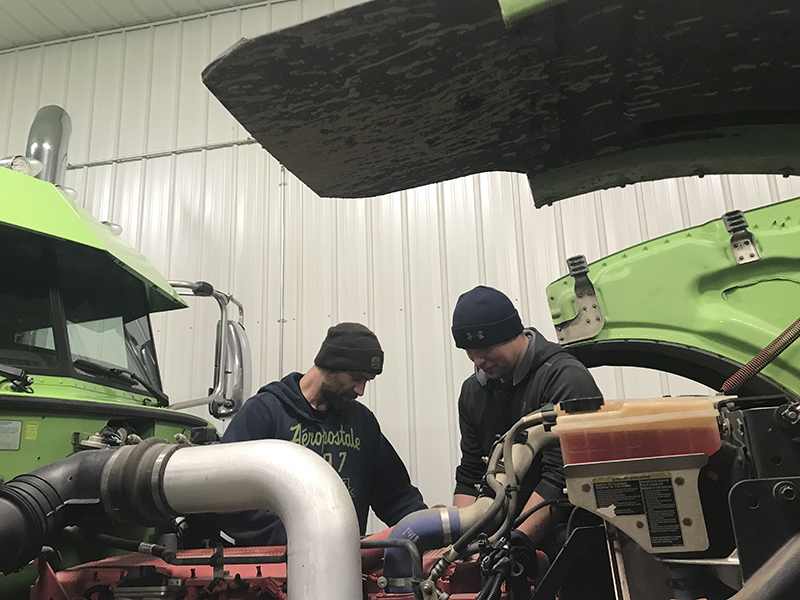 The Kalvig brothers purchased the business after the unexpected death of their father, Mike Kalvig, in 2016. Cody Kalvig said his grandfather was ready to step away from the business, so he and his brother stepped in and continued the work they started as children, helping keep semis on the road.

Tanner Kalvig said many times semi truck drivers are forced to pay for labor on their vehicles or do the work themselves, like his father and grandfather did.

The brothers wanted to make diesel work more affordable, so truckers could spend their days off with their families, fishing or doing something else besides working to keep their own trucks on the road. 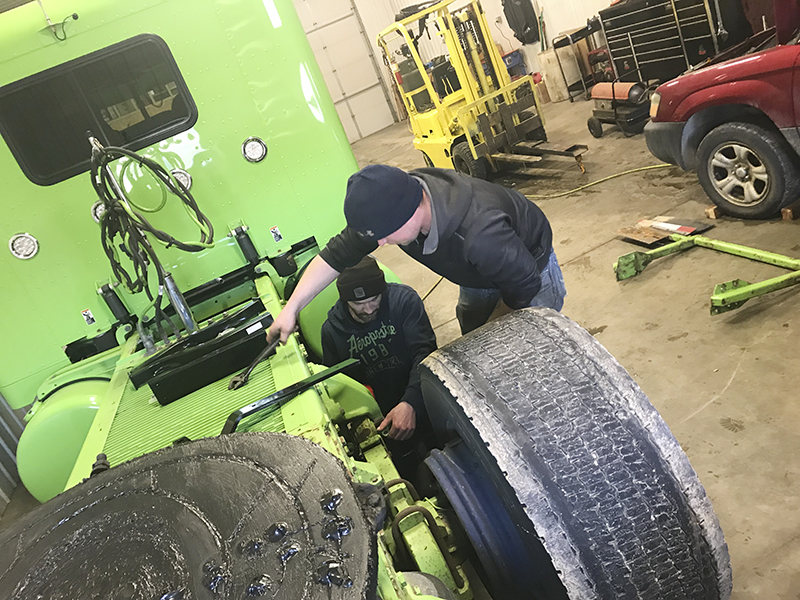 Cody Kalvig, a 2007 Glenville-Emmons graduate, attended Riverland Community College, where he expanded his knowledge of diesel mechanics. He also worked at Rihm Kenworth prior to purchasing Double K.

Tanner Kalvig, a 2010 graduate of Glenville-Emmons, has been building upon the foundation of knowledge of diesel engines from working on the job.

The duo have rebuilt engines, completed basic repairs and added a number of accessories to semis, including fenders and power take offs. They also work on light duty trucks and gas-fueled vehicles as well.

Tanner Kalvig said customers are welcome to call in with their needs, regardless of what type of vehicle they own.

“We’ll do anything we can for them,” he said.