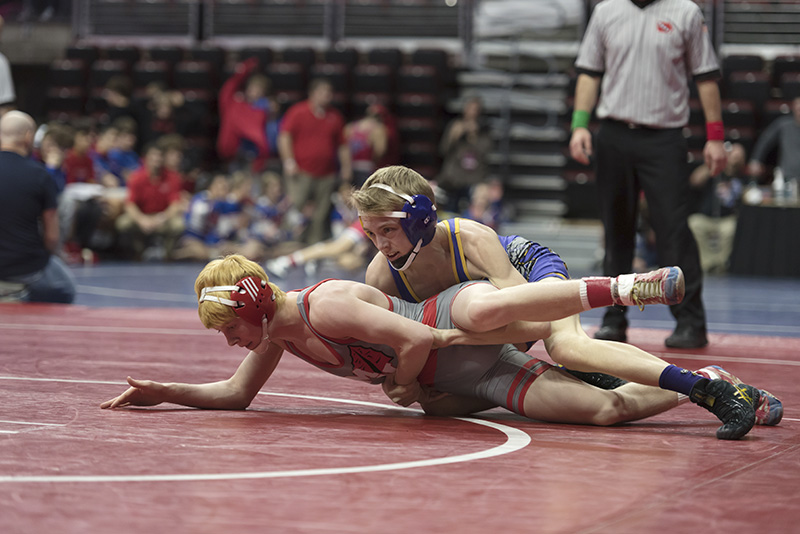 The Bulldogs won their first dual against Missouri Valley 36-27, to move onto the semifinal matchup against the No. 1-seed Don Bosco. 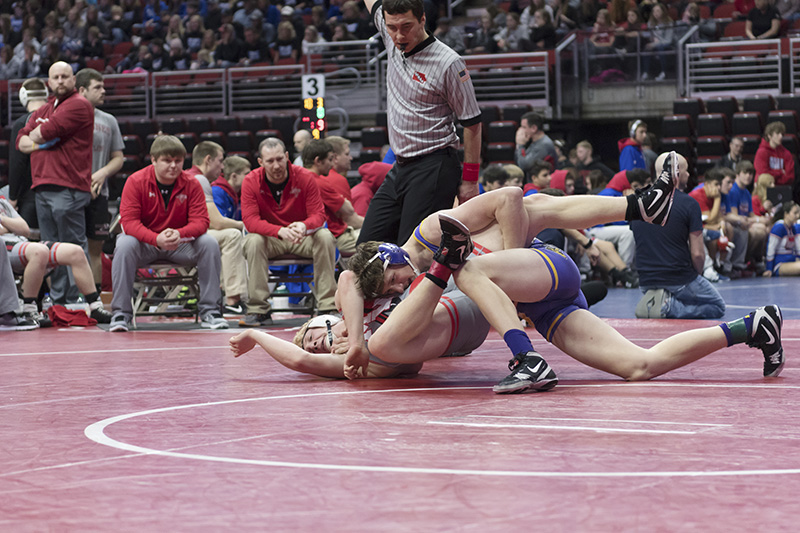 Lake Mills was less fortunate in the semifinal round against Don Bosco. The Bulldogs fell to the Dons, 42-22.

The Bulldogs came out strong, taking an early lead with back-to-back pinfalls from Harnish and Cole Bergo, followed by an 11-0 major decision from Irons. After going up 16-4, the Bulldogs lost their next nine matches, falling into a 42-16 hole. The Bulldogs ended the dual on a positive note with Alex Albert getting a win via pinfall in the first period.

Lake Mills took on the No. 2-seed Lisbon in the consolation dual Wednesday night.

The Bulldogs knew they had a tall task in front of them and met that challenge head on, beating the Lions 46-29.

Harnish notched his second pinfall of the day, beating his opponent in just over one minute. He was followed by Irons winning in an 11-1 major decision — his third bonus point win of the night. 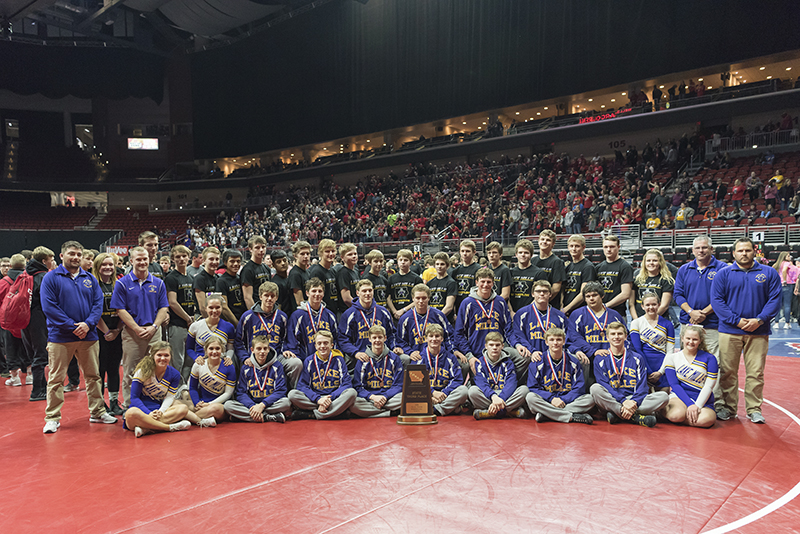 After a pinfall loss at 220, the Bulldogs went on a pinning streak of their own.

Senior Brett Tyler grabbed a pinfall in an impressive 20 seconds, followed by falls from Ramaker and Jones.

In perhaps one of the most impressive wins of the day, Alex Martinson pinned his No. 2-ranked opponent in just 30 seconds.

Already up 34-19, Lake Mills has victory in sight. Kyle Beery and Drae Love each picked up two more pinfalls for the Bulldogs en route to their second consecutive third-place dual finish.

In a dual where all of the matches ended with bonus points, the Bulldogs notched seven pinfall victories.

For most of the team, the season ends with the third-place victory.

However, for Irons, Jones, Wagner, Helgeson, Ramaker and Hanson, the win marks only the beginning of their state journey. The group will start the individual state tournament at 6 p.m. Thursday with the first round of the Class 1A tournament. Check back with the Tribune for more results as they become available.