Funeral services for Earl B. Thompson, 86, of Albert Lea will be at 11 a.m. Wednesday at Central Freeborn Lutheran Church. The Rev. Matt Griggs will officiate. Interment will be at Central Freeborn Cemetery. Visitation will be from 5 to 7 p.m. Tuesday at Bayview/Freeborn Funeral Home and one hour prior to the service at the church on Wednesday. Online condolences are welcome at www.bayviewfuneral.com. 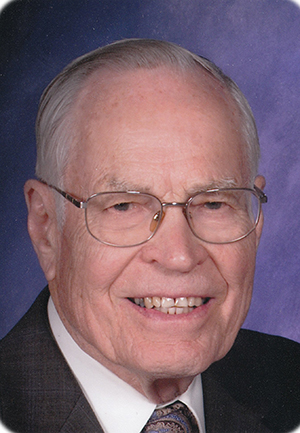 Earl Bruce Thompson was born April 20, 1931, the son of Hartwick and Gladys (Reistad) Thompson. Born and raised in Albert Lea, he graduated from Albert Lea High School. Earl farmed all of his life and was a recipient of the Outstanding Young Farmer Award.

He served his country in the U.S. Marine Corps.

Earl was preceded in death by his parents; grandson, Robert Moszer; and father- and mother-in-law Walter and Helga Paulson.