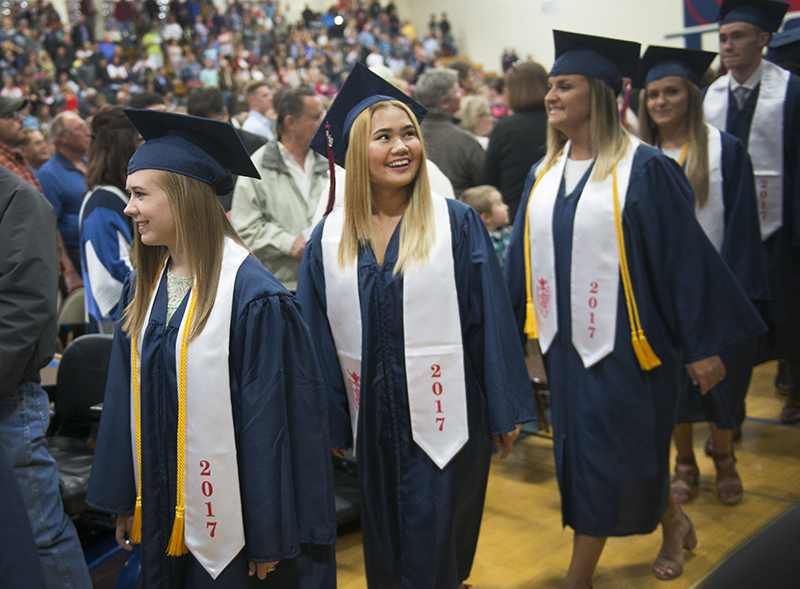 We were pleased to see the data Tuesday from the Minnesota Department of Education that shows Albert Lea Area Schools is seeing overall graduation rates continue to rise.

According to the data, Albert Lea’s rates increased by almost 3 percent to 80.4 percent in 2017. That data includes rates from Albert Lea High School, the Area Learning Center and the Transitions program. Looking back at the five years prior, rates have increased by 13.2 percent. In 2012, only 67.2 percent of students in the district graduated, compared to the  80.4 percent that graduated in 2017.

Where has the growth come from?

The answer is all around.

• About 30 percent more special education students graduated in 2017 than they did in 2012.

The increases are something to be proud of, and we thank all of the teachers, staff and administrators for their dedication to our students.

We hope rates continue to rise in the coming years.

If we look at the rates from all of the same subgroups, data shows there is still room for improvement, though the growth has been notable. In fact over the last five years, Albert Lea saw the most growth in graduation rates of all the districts in the Big 9. Northfield, Austin and Faribault saw decreases over the same span.

We look forward to seeing the district continue to strive for its goal of a 90 percent all-student graduation rate — and then move closer to 100 percent.