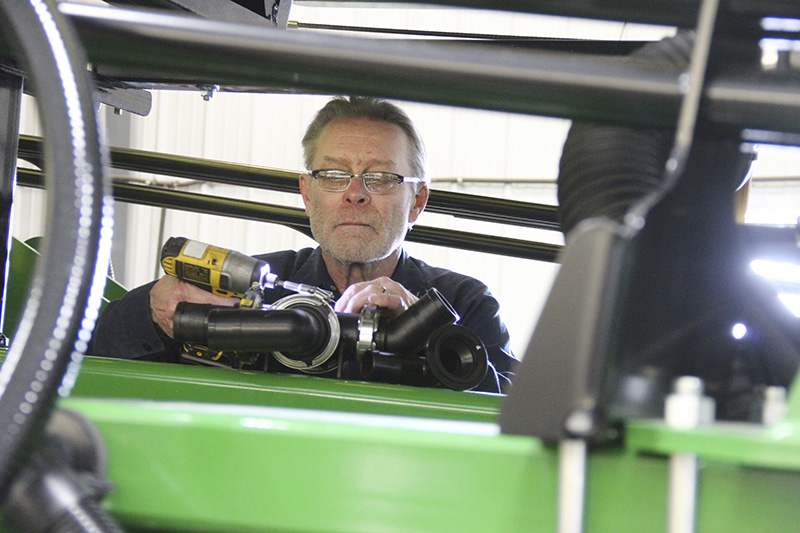 HARTLAND — Started out of humble beginnings in 1981, L&D Ag Service has grown in the years since to have customers in more than 30 states and six countries.

Founded by Larry Nelson and David Ausen in January 1981, the business first opened out of a rented building in Freeborn in February of that year.

The company started off welding in a small shop and grew based on demand, said Shane Drenth, who works in sales at the company.

The first year of business, employees included Nelson — who bought out Ausen later that year — one mechanic and one bookkeeper. Now, about 37 years later, there are 20 full-time employees. Nelson still owns the company, but it is run mostly by general manager Travis Routh and purchasing manager Matt Mathun.

L&D Ag Service specializes in the design, manufacturing, sale and installation of fertilizer and chemical application equipment in the agriculture field. 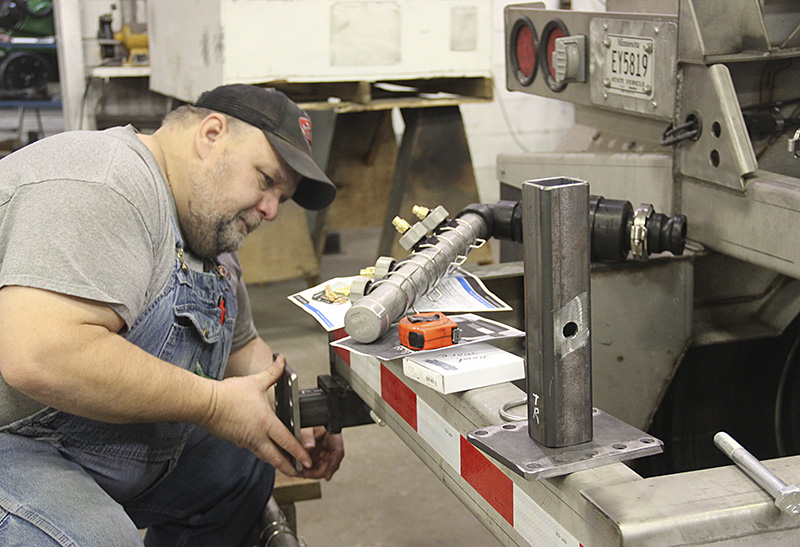 Drenth said the company began designing its own liquid fertilizer kits in 1985 and moved to Hartland in 1990. It now owns several buildings in Hartland, including one for a warehouse and another for a fabrication shop. It sells both in person and online.

Despite its growth, Drenth said the company has stayed down-to-earth.

The company was recently featured on the front of a magazine for Fastline that appeared in the Illinois market.

He said in addition, Fastline shared the cover on its Facebook page, which has given the business good exposure.

Right now, the company has done work with businesses in a half dozen countries, including Mexico, Canada, Ukraine, Bulgaria and France. It sells either to individual growers and other dealers who order its systems. For many years, the business grew simply through word of mouth.

Looking to the future, Drenth said L&D is always trying to improve and look for better ideas, all while keeping track of the new chemicals and fertilizers coming out.

The company prides itself in being a one-stop shop for customers.

6 –  Countries around the world that L&D sells its products