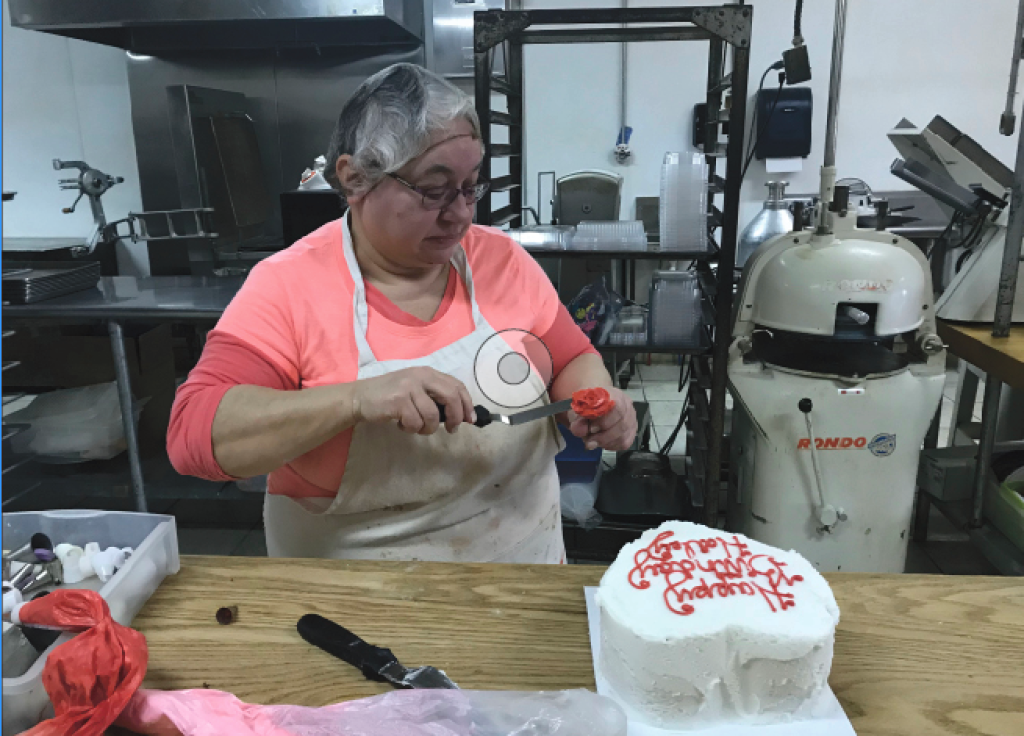 NEW RICHLAND — Days start early for Nancy Klecker and her husband, Harold. They work bakers’ hours that few would be envious of — waking at 1:30 a.m. to work until noon.

The Kleckers have owned Nancy Jane’s Bakery in New Richland since May 2009, when they began a massive renovation project to reopen the bakery, which had sat vacant for three years prior.

The project took six months to complete and the bakery officially opened to the public in November 2009.

In the business’s early days, Nancy Klecker continued to take part in the farmers market in Albert Lea, something she did while working out of her own home as well. Her continued presence at the market helped sustain her business until Nancy Jane’s got off the ground.

In the beginning, the couple had employees, but over time they moved onto different ventures and the Kleckers just assumed those responsibilities. Eventually, the workload justified Harold Klecker quitting the job he had at the time to work at the bakery, too.

Along with helping in the kitchen, he does all the businesses deliveries. The bakery will deliver orders of $50 or more within a 25-mile radius free of charge.

Their products are featured at a few businesses, including Wagner Foods in New Richland.

Along with doughnuts and cakes, the Kleckers make a variety of bars, quick breads, cookies, cinnamon rolls, muffins and other bread products, including hot cross buns during the Lenten season.

Nancy Klecker said they often do special orders that are left on their answering machine the night prior, although additional notice is always welcome. Most times, the couple will adjust their schedule to get in a little sooner to get the work done. At other times, they pull in family to help.

“It’s a lot of work, but I find it very satisfying,” Nancy Klecker said.

Nancy Jane’s Bakery is open from 6 a.m. to noon Tuesday through Friday and 7 a.m. to noon Saturday. The bakery is closed Sunday and Monday.