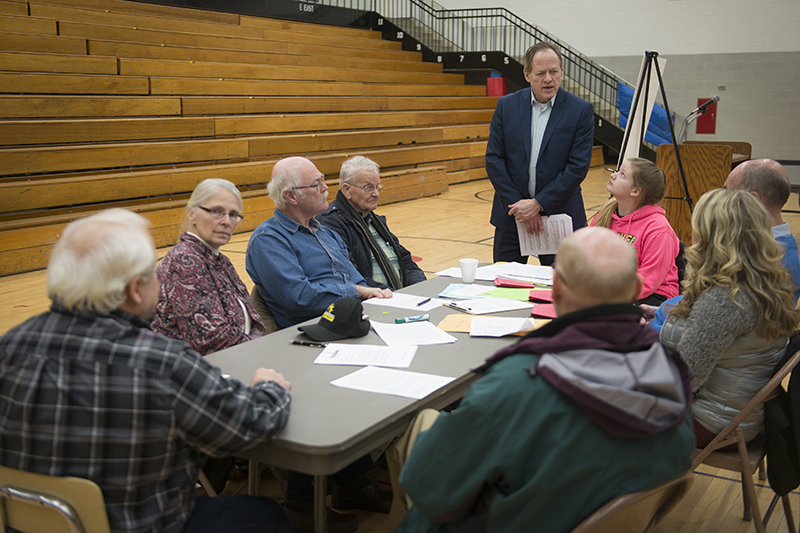 Results from the gubernatorial straw poll showed Jeff Johnson with just under 45 percent of the 58 votes at Tuesday’s Freeborn County GOP caucus. The second-highest category showed approximately 22 percent of voters were undecided at the time of the poll.

Cindy Gould of Geneva said she voted for Jeff Johnson due to familiarity.

Libby Seiffert, who lives in Ward 3 in Albert Lea, said she was undecided largely due to unfamiliarity.

“I just don’t know enough about all the candidates,” she said.

She said she received more information at the caucus. She is also planning to attend the GOP county convention on March 24, and hopes she will have the opportunity to meet representatives then.

Carlston resident Brian Bias also said he was undecided and plans to wait and see how the field pans out.

Of the five candidates for governor on the straw poll ballot, four sent letters to be read at the GOP county caucus.

“I run for governor for a very simple reason: to take power away from the government and give it back to the state of Minnesota,” Jeff Johnson’s letter said. He wrote of lowering tax burdens on Minnesotans and shrinking the state budget.

Phillip Parrish wrote of upholding the Bill of Rights, protecting prosperity, supporting private health care plans and the “frontiersman-like spirit” of Minnesotans. Giuliani Stephens spoke of holding on to voters and a need to offset large DFL numbers in the Twin Cities, while Downing said candidates must be on a hard offense and demanding results as representatives. Freeborn County Republicans party chairman Ebenezer Howe said Lance Johnson was the only candidate who did not send information to the Freeborn County GOP caucus. 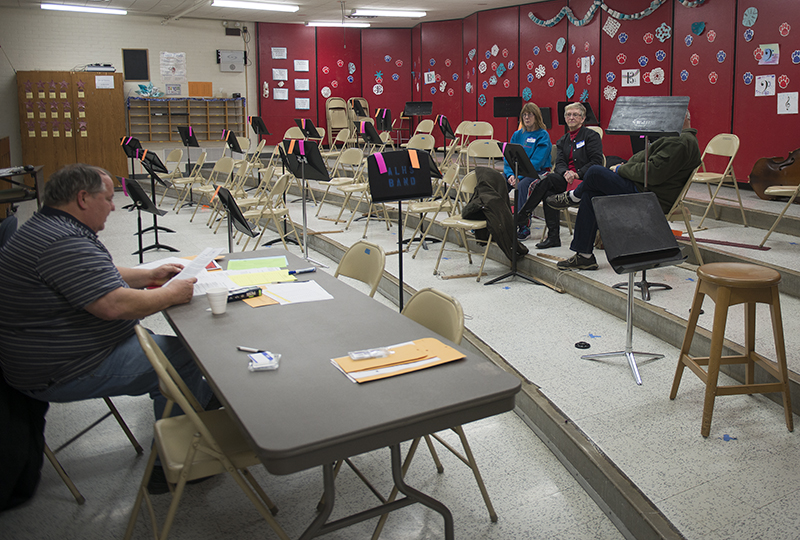 After the straw poll, attendees discussed the party platform. Due to turnout numbers, some precincts grouped together for the caucus. Discussions ranged from the president’s most recently passed tax policy, to stand-your-ground laws, to a resolution Albert Lea Ward 3 resident Tom Schleck said passed in his group’s discussion: asking for the state to waive a requirement for a certificate of need for a potential hospital developer in Albert Lea.

In a caucus that included residents from Bancroft, Albert Lea townships one and two, Pickerel Lake Township, Carlston, Hartland, Alden, Alden Township, Bath and Clarks Grove, attendees also canvassed President Donald Trump’s immigration policy regarding secure borders and chain migration in a discussion Bias said was a microcosm of differing sentiments within the Republican party regarding the nation’s current president.

Before the 7 p.m. caucus time, the assembled group also heard from District 27A Rep. Peggy Bennett (Albert Lea), who is running for reelection as an incumbent for the state House of Representatives.

Bennett said the government should be working to make decisions because they are good ones rather than because it is what the government is “supposed to do.”

“It’s like swimming through molasses upriver, I will tell you that, but I want to keep working on reforms,” she said.

Bennett did not endorse a gubernatorial candidate before the straw poll.