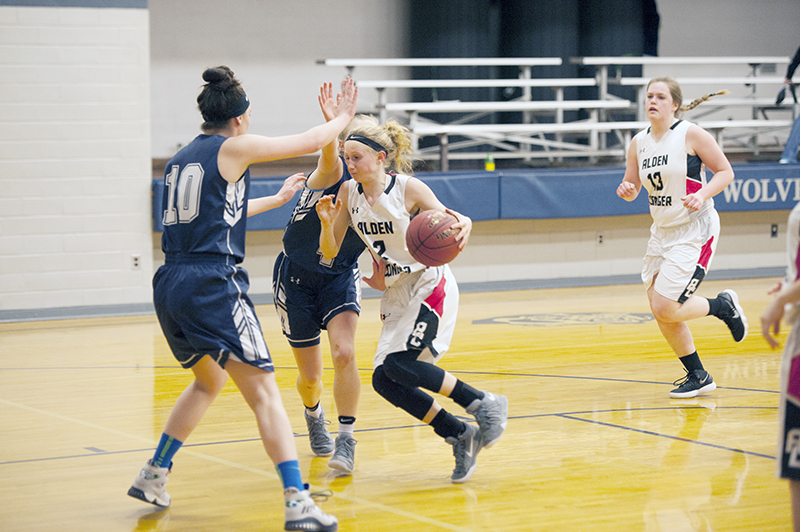 The Wolverines were unable to keep the Knights at bay as they fell,  64-30. 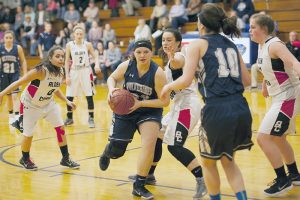 Alden-Conger jumped out to  a lead right from the start. Quick baskets from senior Sydney Chicos, junior Erika Bute and sophomore Abbie Theush got the Knights a 9-2 run in the opening minutes.

The Wolverines came back with a few shots of their own from junior Daniela Rizo and Chloe Anderson to make it a three-point game.

However, from that point on, Bute and Theusch put on a basketball clinic. Theusch went on a run of her own midway into the first half and gave the Knights a comfortable lead.

The duo went to the halftime break scoring 30 of the team’s 39 points and with a 25-point lead.

Coming out in the second half, both offenses had a rough start, with only two field goals being made in the first four minutes. One of those shots was made by Theusch, and the other was made by Bute.

The Wolverines played well in spots Monday night, but it just wasn’t enough to stop the powerhouse duo.

Glenville-Emmons head coach Lucas Knutson talked about his team after the game.

“I thought we came out and started well tonight offensively,” he said. “We had some highlights, but when you have to defend players like Erika (Bute) and Abbie (Theusch), it’s going to be tough.”

Each team has two games remaining in the regular season.  Alden-Conger resumes play tonight when it hosts Rochester Home School.

The Wolverines will play again on Thursday when they host the  Lions of Schaeffer Academy.