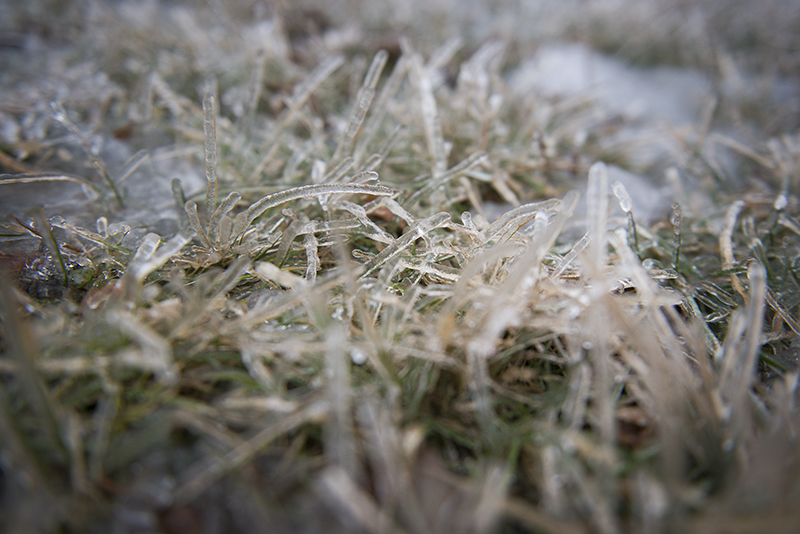 Freezing rain left a layer of ice on just about everything Monday — from vehicles and roads to trees and lawns. - Colleen Harrison/Albert Lea Tribune

A second round of wintry weather is expected to begin late Monday night, bringing more possible freezing rain to southern and central Minnesota.

Freezing rain inundated Freeborn County and the surrounding areas beginning at about 7 a.m. Monday. For most of the day, state highways were listed as completely covered in ice, according to the Minnesota Department of Transportation, and roadways, sidewalks and parking lots were slippery.

According to the National Weather Service, light snow or flurries mixed with light freezing drizzle is expected to continue through midnight, with steadier precipitation expected after midnight in the form of freezing rain, sleet and snow.

The ice is expected to result in difficult travel conditions Tuesday morning.

Additional snow accumulations of up to 2 inches and ice accumulation of 1/10 to 2/10 of an inch are expected.

A winter weather advisory remained in effect through noon Tuesday.

The forecast calls for more accumulating snow to return Thursday.