Phillip Madison Miller, 83, of Park Rapids, formerly of Austin, peacefully slipped into the loving arms of Jesus his Savior in the early morning hours of Sunday, Feb. 4, 2018, at his home while under the loving care of his wife, Janet, and daughter, Janelle.

Phil was born Jan. 29, 1935, in Grand Marais to Truman and Ida (Butterfield) Miller. He began his schooling at Maple Hill public school near Grand Marais. At the age of 7 he moved with his family to southern Minnesota, where they settled near Winnebago and he continued his schooling through the 10th grade. His family again ventured to northern Minnesota and settled in Aitkin, where he finished his public schooling, graduating with the Aitkin High School class of 1955. 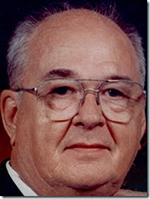 Right after high school, Phil entered the United States Air Force, where he proudly served his country until receiving his honorable discharge on Feb. 6, 1959.  He then returned to Minnesota. He married Virginia Gulbrandson on Oct. 10, 1964, at First Methodist Church in Albert Lea.  They were blessed with three children: John, Meghan and Janelle.

He later attended Albert Lea Area Vocational Technical College, where he earned his boiler license. Phil gained employment with the Malt-O-Meal Co. in Northfield in a long career. While at Malt-O-Meal he entered the Dunwoody Institute to study electronics. He received his chief boiler operators and electronics licenses while working there.

After being divorced and single for many years, Phil was united in marriage to Janet Hamberg on Nov. 7, 1998, at Bethlehem Lutheran Church near Myrtle. They made their home for 11 years in Austin before retiring to Park Rapids in 2009.

Phil was a strong man of faith and loved to study and memorize the Bible. He was a faithful and active member of First English Lutheran Church in Dorset, where he served on the board of Christian education.

Phil enjoyed airplanes and flying. He loved the solitude and peace he found while flying over the beauty of God’s handiwork. Phil was a talented sketcher and especially liked drawing airplanes. He also loved the beauty of northern Minnesota’s forests and lakes, where he especially enjoyed fishing. Above all, Phil dedicated his life to his precious wife, Janet, his children and his grandchildren who he loved with all his heart

He was preceded in death by his brother, Burt, and his parents Truman and Ida Miller.

Funeral services will be at 11 a.m. today at First English Lutheran Church in Park Rapids. The Rev. Chris Davis will officiate. Lila Kalish will serve as organist. Active casket bearers will be Dale Maijala, Dacle Schmid Jr., John Cummins, Gary Nasser, Rick Aho and Stu Steele.  Honorary casket bearers will be Phil’s grandchildren and great-grandchildren. Interment will be at 11:30 a.m. Monday at Fort Snelling National Cemetery. The church family at First English will host a lunch for all after the service. Visitation was from 5 to 8 p.m. Thursday at Jones-Pearson Funeral Home in Park Rapids and will continue beginning one hour prior to the services today at the church.