Planners did all the wrong things for right reasons; ended with success 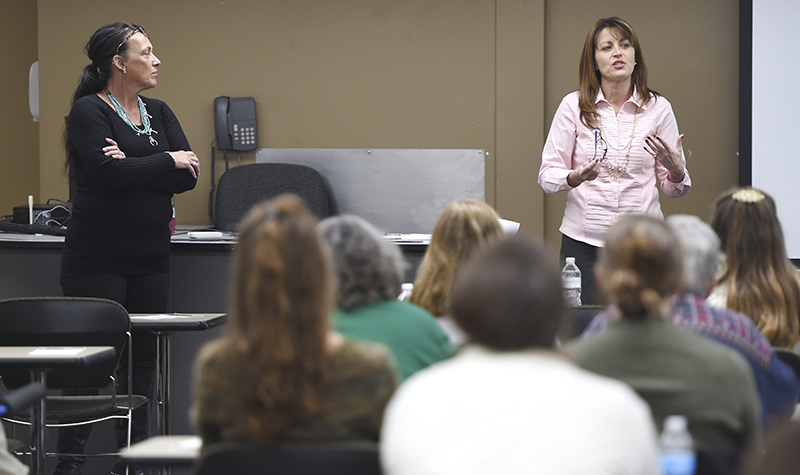 On top of that, someone actually thought that art, food and diversity somehow aligned with each other as a way to sell those goods.

But local agriculture, business, education, government and healthcare partners, thinking out of the box, were determined to follow a model that fit local needs.

After six years of intentional collaboration, and an iron-fisted determination to not follow traditional paths, their new business model proved to be a healthy and economically-rich formula for success.

Its story was the keynote presentation by its two key partners during the Growing Acres Conference held at Riverland Community College on Friday. The conference continues today.

The conference was designed to study ways this region can strengthen and use its local agricultural and cultural assets that improves the overall well-being of the region. Speakers, vendors and trainings were all part of the event.

“This is a time to network and to learn … where we learn to think of agriculture in many different ways,” said Dan Hoffman, interim director of Riverland’s Agricultural and Food Science Technology Center, hosts for the event.

Over 100 attended the first day of the conference, held on the west campus. Other topics included everything from tax and food regulation laws related to niche markets, to creating food cultures within communities.

A full house was on hand to listen to a presentation on the Sprouts program Friday morning during the Growing Acres conference at Riverland Community College. – Eric Johnson/Albert Lea Tribune

After recognizing that agriculture was the region’s best asset, a group from the region was formed to find ways to create a regional food hub that would provide markets for its local growers to provide healthy food that would be used in the region. Stakeholders were wide ranging, from banking to the arts, said Hills.

“For many, it was the first time they were even part of the conversation,” she said.

The group identified the realities early on. New immigrant farmers spoke of the difficulty of finding buyers for their good; other growers were farmers who worked off the farm in order to keep their farms. The group worked to find markets for the local producers, such as working with schools, hospitals and nursing homes.

“If it has a kitchen in it and it serves food, I’m going for it,” Jones said.

With the help of grants — that helped with infrastructure needs, such as coolers, trucks, a warehouse — the movement began “with baby steps” and a growing circle of partners. Sprout, a non-profit, was established in 2012 in an abandoned warehouse; it opened a new, 20,000-square-foot facility in 2016.

Sprout worked to provide CSAs — community-supported agriculture, where boxes of local foods were received by subscription to those wanting locally-grown food products — which eventually was taken over by healthcare systems as part of their wellness programs.

The group took the unusual step to include artists into their planning, after realizing that “if you want to think outside the lines, you realize that artists bring a new perspective” to the conservation, Hills added. There was also the realization that “art and food” were natural partners in marketing.

Today, “we have a model that works,” said HIlls, that includes a wide circle of partners who all have a stake in a food value chain. Diverse populations — Amish, Native American among them — and youth are involved; all broaden and strengthen the hub.

“The diversified market brings the most value,” Jones said. 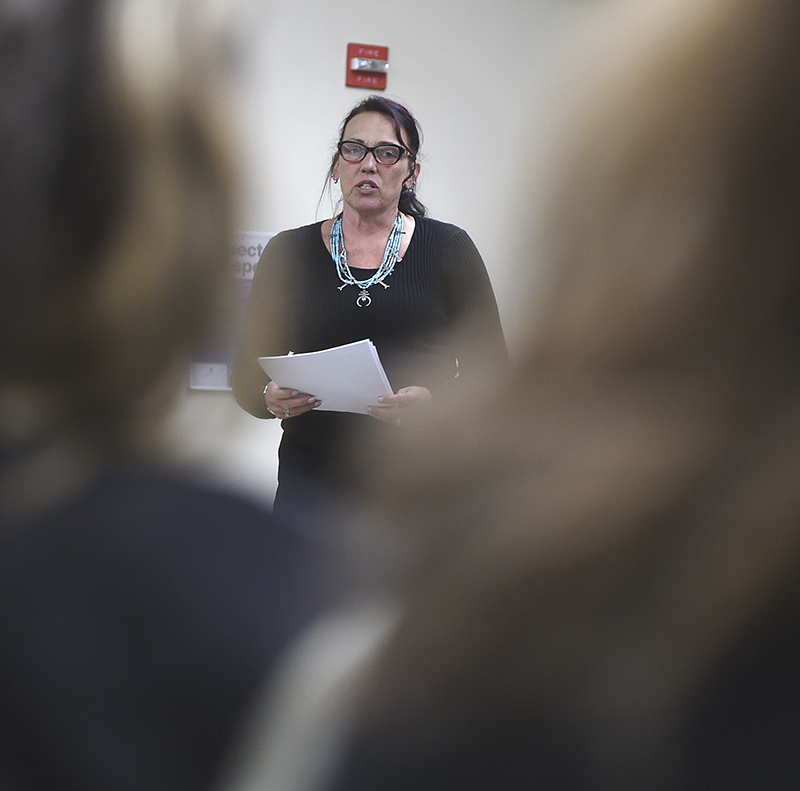 Arlene Jones goes into the Sprouts program and its benefits for a rural community. – Eric Johnson/Albert Lea Tribune