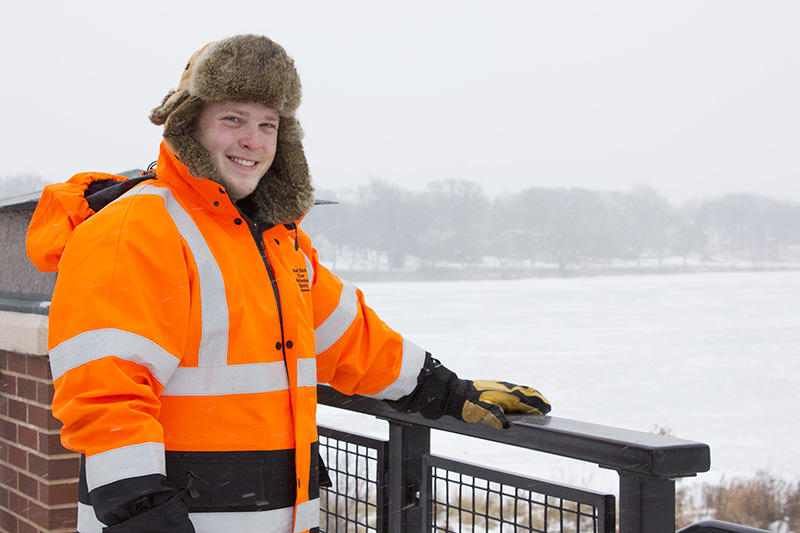 New Watershed District technician has a passion for outdoors

As a conservation technician for the Shell Rock River Watershed District, Christenson is able to indulge his passion for the outdoors.

“I grew up as an outdoorsman, so I love nature,” he said.

In his position, Christenson addresses water quality monitoring and data management. He evaluates the possibility of securing external funding for restoration projects.

Christenson helps the district sample lakes every other week during the non-ice season. The water samples are sent to a laboratory that does chemical analysis on the samples. In other weeks, Christenson conducts stream work.

He enjoys the duties his job entails.

“It could be something different every day,” Christenson said. “I love new challenges, learning, improving my skill set of communicating with others and coordinating on projects.”

Christenson said when he was growing up he noticed the difference the Watershed District’s Pickerel Lake restoration work made for outdoorsmen.

A 2015 graduate of South Dakota State University, Christenson worked in South Dakota for one year before returning to work in Albert Lea at a position that allowed him to travel throughout the Midwest as a technician. He has also been employed by the Iowa Department of Natural Resources.

A Watershed District intern during college, Christenson said he now has more of an understanding of the profession. He called restoring habitat and the associated reduction in pollution his largest priorities.

He anticipates the area will become more attractive to tourists once Fountain Lake is dredged.

“I think this area has unlimited potential for drawing in people for recreation,” Christenson said.

“He’s definitely motivated,” she said. “He’s interested in bringing new projects to the table. He’s hard-working, just full of ideas, too, so it’s nice to have people like that on the team.”

Christenson plans to bring government entities together to ensure area waters are clean.

“I really enjoy it, love my job, wouldn’t trade it for anything in the world,” he said.