Rebels strive for second win at home, but miss the mark 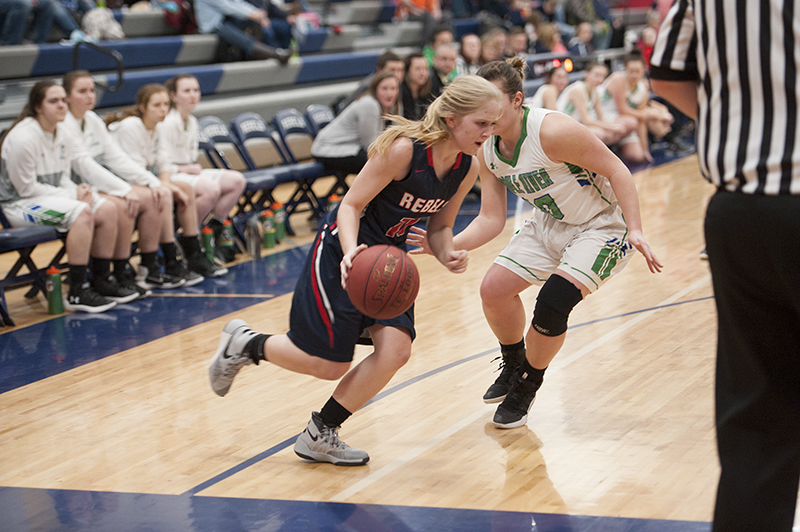 Despite a strong performance in the opening minutes of the game, the Rebels were unable to stick with the Eagles as they fell, 74-45.

The Rebels started the game on a high note with a couple of quick threes from freshman Hannah Olson and junior Lizzy Baird. The Eagles struggled shooting in the opening minutes, which led to the Rebels taking an early lead, up by as many as six points.

United South Central would hold the lead for the first five minutes of the game, but then Maple River got hot. 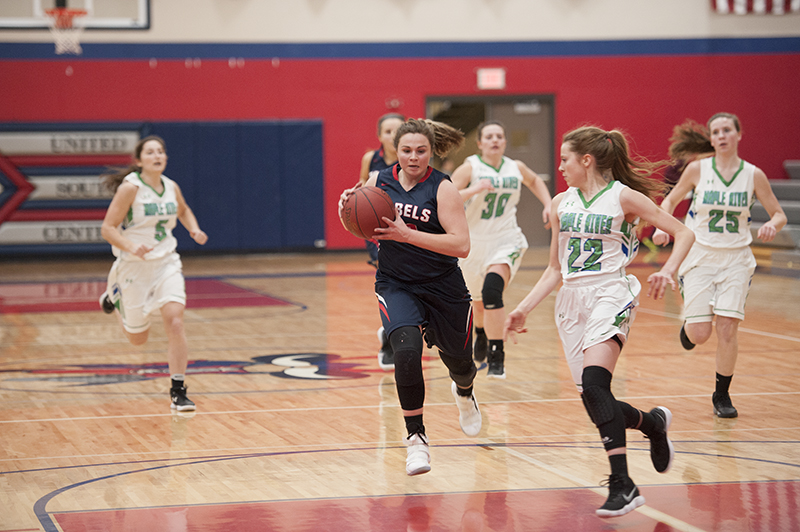 The Eagles got a couple of quick steals and easy layups in the transition offense. They would go on an 18-0 run before the Rebels were able to score their next point. The drought was ended by sophomore Kaitlyn Dylla who made her two free throws.

By that point, however, the Rebels were on the losing end of a 10-point deficit, and the Eagles weren’t letting up. They ended the half by going on a 24-6 run and went to the locker rooms with a comfortable 28-point lead.

Although the Rebels did step their game up defensively in the second half, they were in too deep of a hole to be able to climb back into the game. They also improved their offensive production in the second half, scoring seven more points than in the first.

Ultimately, it was their turnovers and the sharp shooting of the Eagles on the perimeter that led to the downfall of the Rebels.

United South Central was led in scoring by Baird with 16 points; sophomore Lauren Hagenson had 10, while Olson and Dylla each had six.

The Rebels fall to 2-17 on the season and will play again Monday when they travel to Blue Earth to take on the 10-11 Buccaneers. 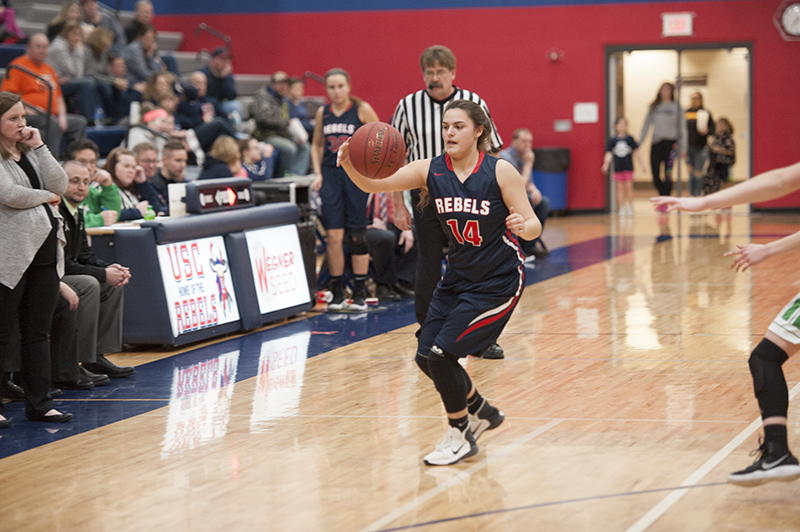