The Tigers remain winless at home 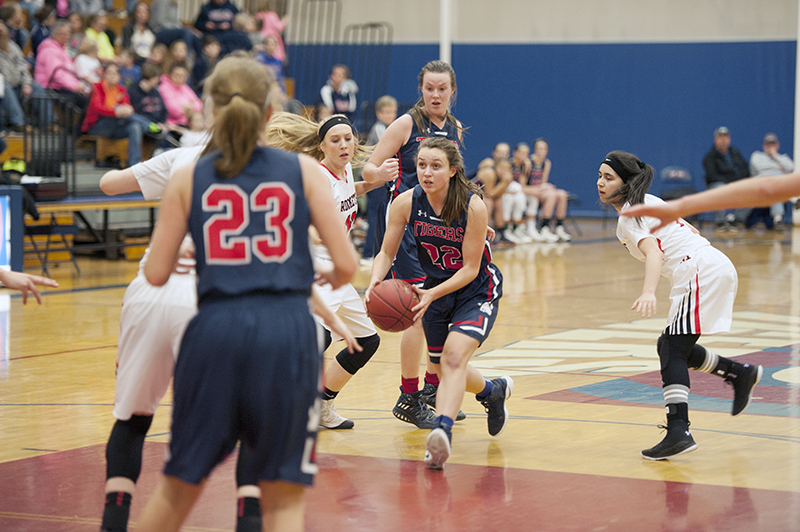 Albert Lea senior Allison Christensen gathers herself for a pull-up jumper during the first half against Rochester John Marshall. Christensen would finish with four points and five rebounds. - Tyler Julson/Albert Lea Tribune

Despite a strong defensive performance in the first half, the Tigers were unable to maintain it through the second, as they fell to the Rockets 54-42.

The Tigers jumped out to an early lead thanks to free throws from senior Allison Christensen and sophomore Turena Schultz, and a basket from sophomore Samantha Skarstad. Thanks to stellar defense, the Tigers would either be tied or hold the lead outright for the first 10 minutes of play. 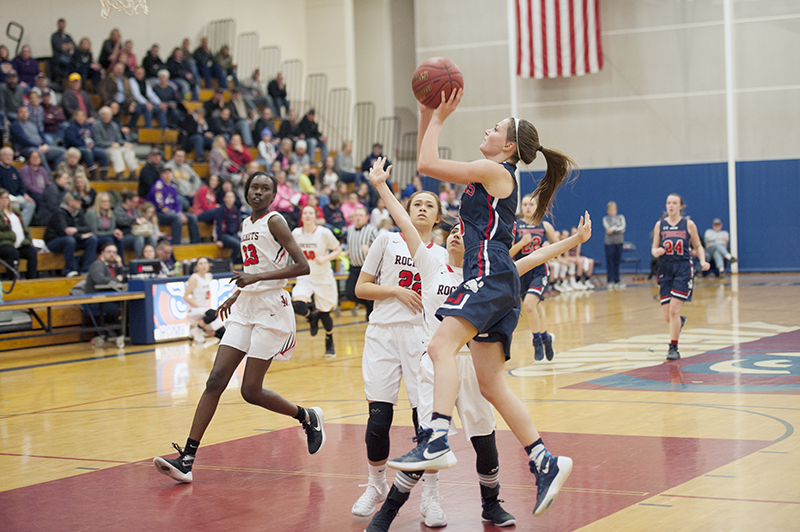 The Rockets would respond using an 8-0 run of their own to take a five-point lead with around five minutes left in the half. The Tigers would hang around, however, and use a late half surge to take a lead into halftime. A big-time three-pointer from eighth-grader Jordan Juveland turned the momentum in favor of the Tigers and sent a shockwave of excitement through the crowd.

The Tigers went to the break with a three-point lead, 22-19.

Albert Lea would start the second half with the same intensity on defense, but slowly John Marshall started to swing the momentum back in its favor.

The Rockets would take the lead about four minutes into the second half and wouldn’t relinquish it the rest of the game.

The Tigers had one of their best efforts defensively and limited themselves in the turnover department. However, they were unable to match the height of the Rockets in the post, which was a major part of their offense in the second half.

Skarstad led the team with nine points; Schultz had eight and senior Rachel Rehnelt had seven. Schultz led in rebounds, pulling down eight boards, while Christensen and freshman Madison Fleek each had five.

The Tigers fall to 2-17 on the season and will be back on the court Monday when they travel to Rochester to take on the 10-9 Mayo Spartans. 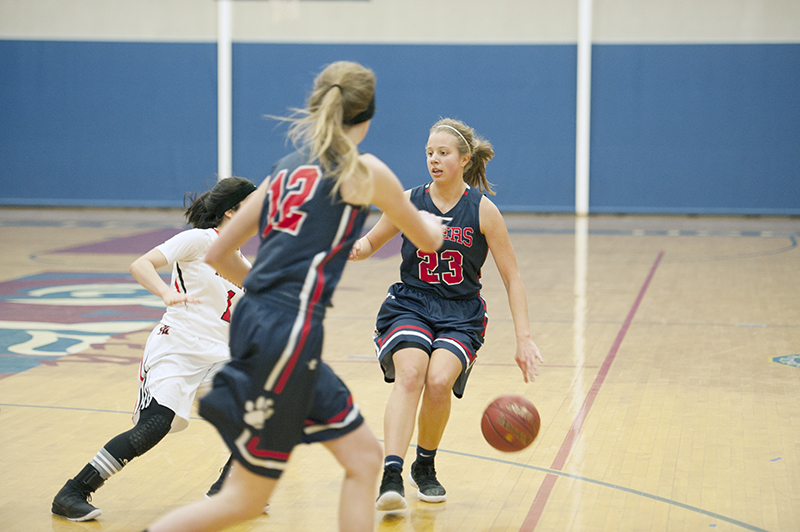