Theater brings back popular series with one more installment 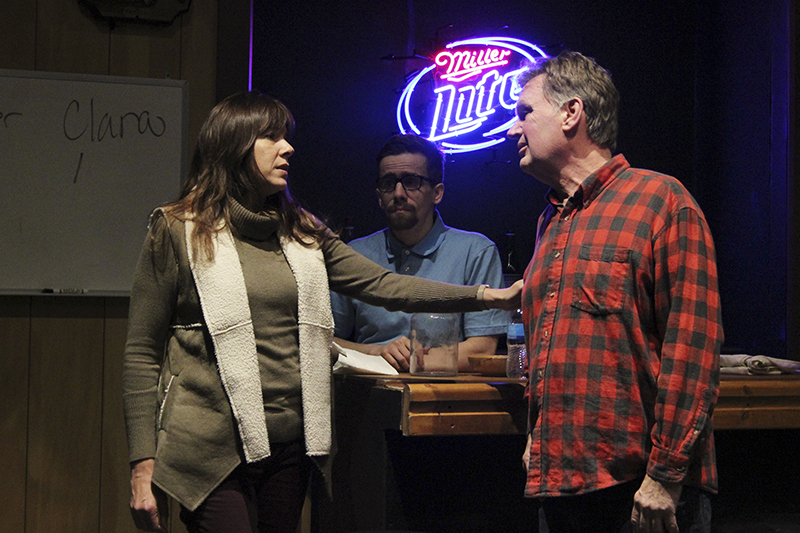 Clara Johnson dreams about her husband, Gunner, showing emotion and affection. Gunner and Clara have been married for several years and “Don’t Hug Me, I’m Married” follows the pair as they try to shore up the foundations of their relationship. Sarah Kocher/Albert Lea Tribune

According to members of the upcoming Albert Lea Community Theatre show, the audience may recognize some of the characters on stage.

Some of that is because “Don’t Hug Me, We’re Married” is part of a family of plays by Phil Olson and Paul Olson, of which ACT has already performed two.

Some of that is because the play is set in northern Minnesota, and therefore the fishing references, deer mounts and Vikings decorations will hit close to home.

But some of that is because, according to cast member Lisa Sturtz, the characters may pose a strong resemblance to neighbors, friends or family members. 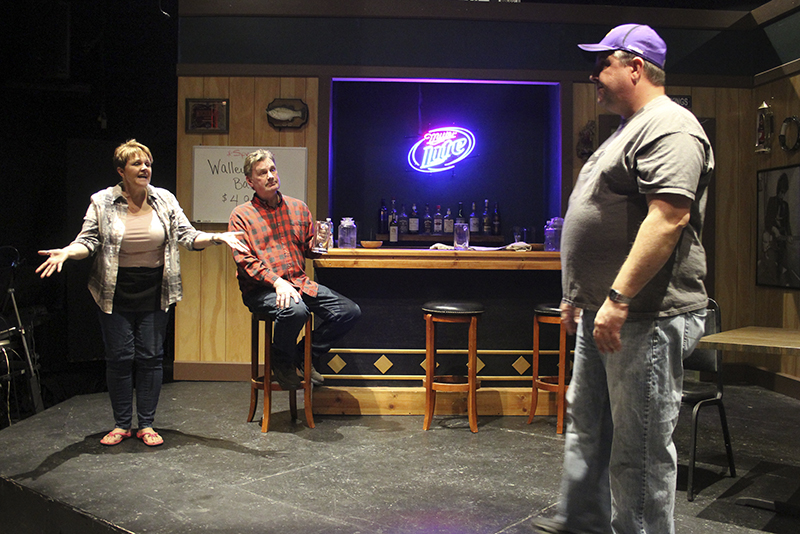 Lisa Sturtz (Clara) argues with Jason Howland (Gunner) about what she expects from a spouse during rehearsal Tuesday night. Sarah Kocher/Albert Lea Tribune

“Truthfully, I told them all this, I was thinking, ‘Oh, we’re exaggerating everything,’ but I stood in the customer service line at Walmart and listened to the conversation around me and went, ‘No, we’re not that far off,’” she said.

Sturtz, who plays Clara in this production, is one of two in the five-member cast who has not performed in one of the other “Don’t Hug Me” shows.

“It was a challenge not knowing if I was doing Clara right,” she said. However, Sturtz said she was encouraged to play Clara the way she thought she should. Sturtz has performed with all of the members before, and therefore, the on-stage chemistry has been good.

“Don’t Hug Me, We’re Married” follows Gunner and Clara Johnson, a married couple who, in an effort to recapture the love in their relationship, begin a contest to see who can be the better spouse. Meanwhile, friends of the couple (Bernice, Aarvid, Kanute and Trigger) are working out relationship dynamics of their own.

While director Sue Jorgensen said the show carries on where the previous ACT production, “Don’t Hug Me, I’m Pregnant,” left off, it can also stand alone for those who didn’t attend the previous production.

According to Jason Howland, who plays Gunner Johnson — as well as Gunner’s twin sister, Trigger Johnson — the show pokes fun at Minnesota life. Howland also played Gunner in the previous “Don’t Hug Me” installment put on by ACT, “Don’t Hug Me, I’m Pregnant.” Howland said that show, put on two years ago, was received well by attendees.

“It’s just a hilarious show and it was very popular when we ran it two years ago, so it was really a no-brainer for the ACT board when we decided to do it for this season,” Howland said. 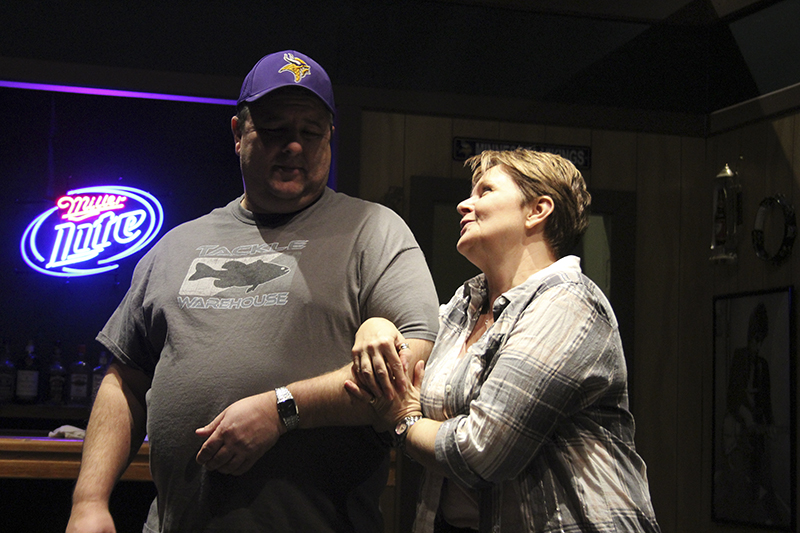 Jorgensen said several of the previous production’s shows had sold out, and she anticipates this show receiving a similar response.

If so, it won’t be the only similarity from two years ago.

“It’s a little erie, though,” Howland said. “It really looks exactly like it did two years ago.”

The set showcases the inside of a bar, the paneling of which Howland said is the exact same as that two years ago. It was stored and, for this show, reconstructed into Gunner and Clara’s bar, complete with the neon Miller Light sign adorning the wall behind the counter where Clara opens the play.

According to Howland, the show also maintains its own brand of humor.

“There’s tons of great one-liners in this show,” he said. And although the songs — accompanied live — are not complex, they are lyrically humorous and similar in style.

“It’s just funny,” Jorgensen said of the show. “They will laugh and laugh and then laugh some more.”

“It’s so recognizable,” Howland said. “People who live in Minnesota, you probably know someone like Kanute or like Gunner or like Bernice. It’s very relatable, and like I said, just kind of pokes some fun at ourselves — at being Minnesotans.”