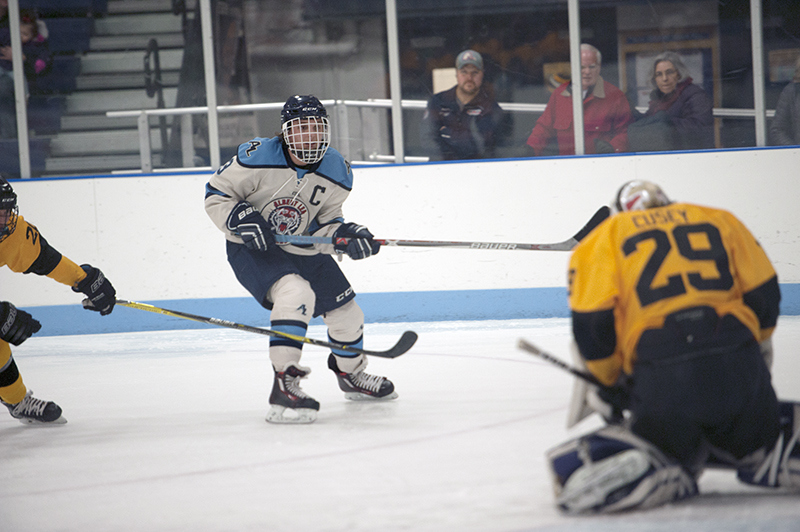 Albert Lea senior Bergan Lundak looks on as his shot is blocked by the Mankato East goalie. The Tigers would go on to beat the Cougars, 3-1. -Tyler Julson/Albert Lea Tribune

The battle between the top two teams in the section came down to the final period, but a late goal by the Tigers secured the victory over the Cougars, 3-1.

The first period was uneventful for both teams, with the only stoppages in play coming from icing calls and two penalties. The Tigers were able to fire seven shots at the goal, while the Cougars had nine. However, none of them were able to find the mark, sending the game to the first break tied at zero. 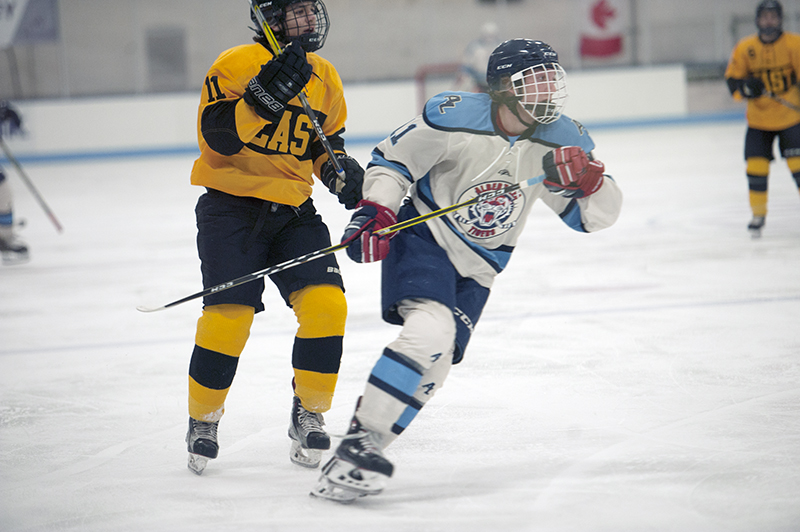 The second period seemed to be going the same way at first, until senior Albert Lea captain Alex Ulve put the Tigers on the board with a goal eight minutes into the period. His goal was assisted by senior Alex Goodmanson.

Less than three minutes later, Ulve put his second goal of the night past the Mankato East goalie. Again on the assist was Goodmanson and senior Noah Karge. The goal put the Tigers up by two with less than six minutes remaining in the second period.

It didn’t take long for the Cougars to respond. With 3:40 remaining in the second, they put up their first goal of the game, narrowing the Tigers’ lead to just one goal heading into the final period. The Tigers totaled eight shots on goal in the period, while the Cougars added 10 to their total.

Mankato East would get its shot to tie the game in the third period, sending a flurry of pucks at the Albert Lea goal, but stellar play by senior goalie Calen Hoelscher kept the comeback attempt at bay.

The Cougars would pull their goalie with around 1:30 to play in an attempt to give themselves the numbers advantage. However, it would backfire for them, as Goodmanson broke away and scored an empty net goal with just over a minute left to play. The goal would all but secure the victory for the Tigers and give them their 10th section win of the year.

The Tigers move to 14-5-2 on the season, and with just four games left in the regular season they travel to Winona on Saturday to take on the 2-17 Winhawks. 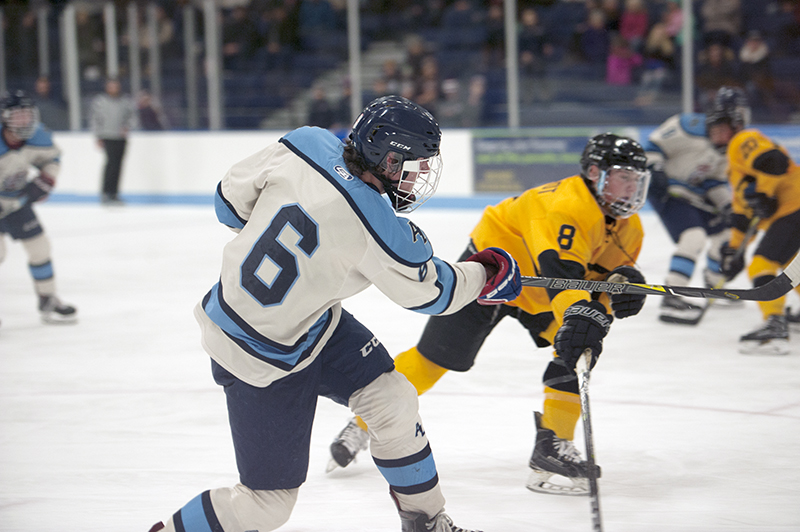