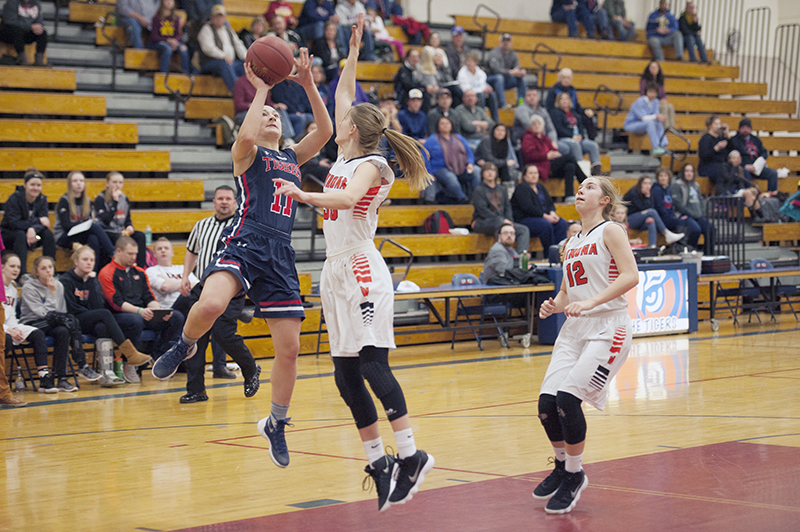 Albert Lea sophomore Turena Schultz goes up for a shot Tuesday against Winona. Schultz would go on to record a double-double with 12 points and 12 rebounds. - Tyler Julson/Albert Lea Tribune

The Albert Lea girls’ basketball team came into its game Tuesday night looking to take down Winona for the second time this season.

Big performances from multiple Tigers led to the team getting its third win of the season and first win at home, beating the Winhawks 54-47.

The Tigers were first to get on the scoreboard with a basket from sophomore Samantha Skarstad in the third possession of the game. The Winhawks would answer right back with a three-point basket to take a lead of their own.

However, Albert Lea would take the lead back with a basket from senior Lydia Boorsma and wouldn’t surrender it again the rest of the game. 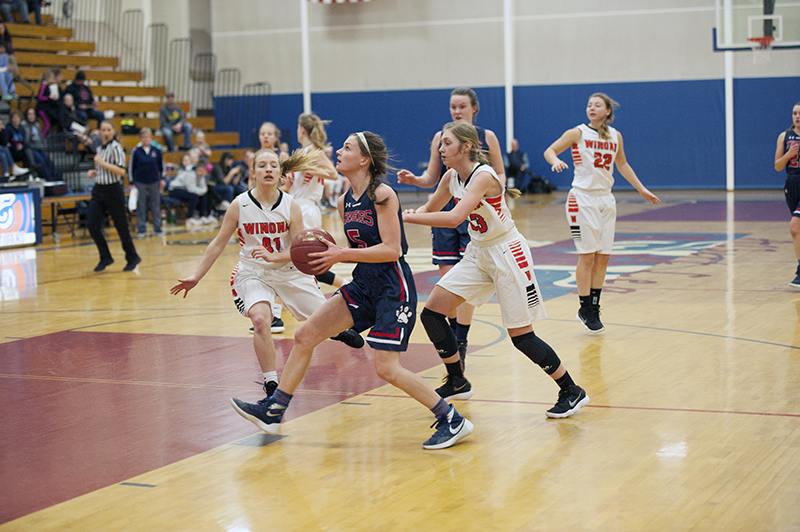 The Winhawks would keep the game close in the first half, tying the game at a few points. However, the tough defense of the Tigers would not allow the Winhawks to take the lead.

The game would go to the halftime break tied at 26 after Winona erased a final-minute four-point lead. Albert Lea was led at the half by freshman Madison Fleek with six points. Seniors Rachel Rehnelt and Allison Carlson each had five.

The Tigers came out in the second half and took a five-point lead in the opening minutes. Again the Winhawks would battle back into the game and cut the lead to one in the final 10 minutes of gameplay. With seven minutes to go in the game, the Tigers caught fire. They had multiple productive possessions, using smart shooting and sound defense to up their lead to 10 points.

Albert Lea slowed the pace of the game tremendously in the final five minutes of play to keep the Winhawks’ comeback attempt to a minimum. 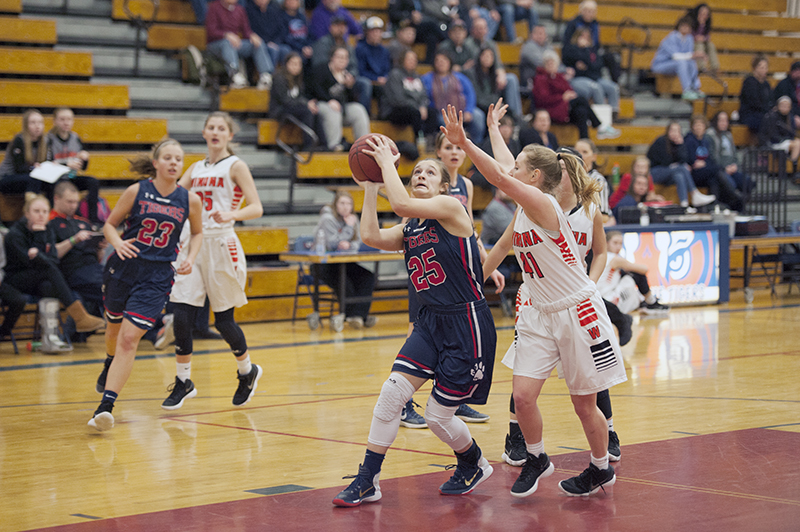 Albert Lea freshman Madison Fleek goes up for one of her many baskets in the paint against Winona. Fleek totaled 10 points and 6 rebounds in the game. – Tyler Julson/Albert Lea Tribune

Smart passing and long possessions kept the ball out of the Winhawks’ hands and the Tigers with the lead, securing their first home win.

Albert Lea was led in scoring by sophomore Turena Schultz with 12; Fleek had 10 and Skarstad finished with eight. Rehnelt and Schultz dominated the boards, pulling down 12 rebounds each and giving Schultz a double-double. Rehnelt also recorded eight assists, leaving her three points and two assists shy of a triple-double.

The Tigers climb to 3-19 with just four games remaining in the regular season. They will travel to Faribault on Friday to take on the 11-10 Falcons. 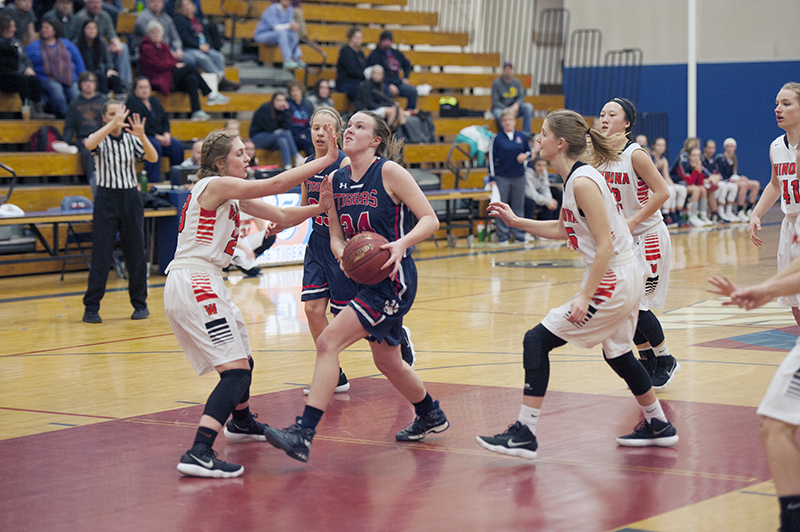 Albert Lea senior Lydia Boorsma is determined to get under the basket for a layup Tuesday against Winona. The Tigers would win the matchup, 54-47. – Tyler Julson/Albert Lea Tirbune