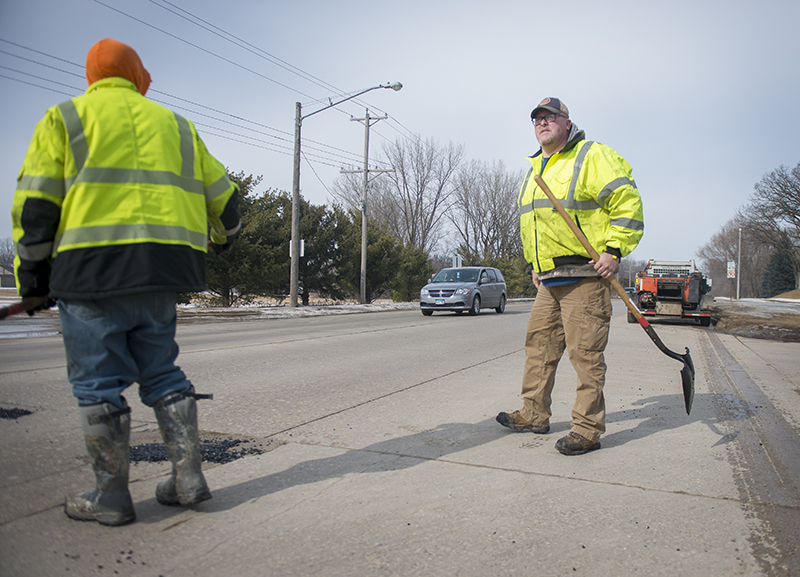 County, city struggle with a funding shortfall for roads

Freeborn County is facing an approximately $5 million yearly pavement funding shortfall on its roads through 2025.

The county’s 628 miles of roadway and shortages of state and federal transportation funding are presenting challenges, even after the county passed a half-cent sales tax in August 2015 to help repair county roads and bridges.

Freeborn County Engineer Sue Miller said funding has not kept up with inflation or local needs, adding the increased weight of farming equipment and seasonal changes in temperature in Minnesota are also factors in the deterioration of roads. 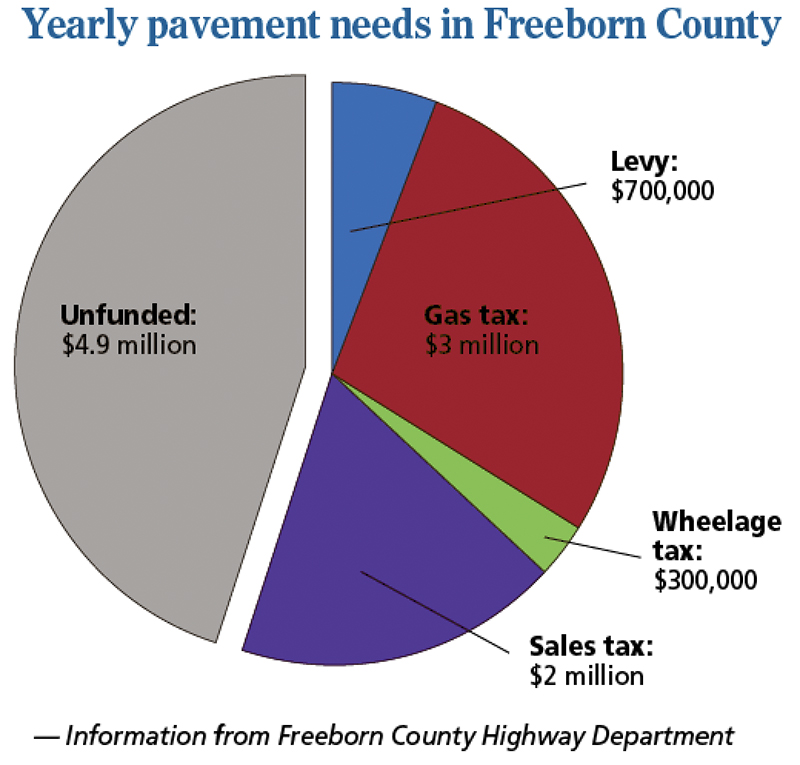 Miller estimated based on a 2017 study that 171 of 278 paved miles would not be able to be worked on before 2025 due to a lack of funding. The county’s bridges are estimated to need $5 million in repairs over the next seven years.

Freeborn County recently turned two miles of paved road on Freeborn County Road 49 into gravel due to the effect oversized vehicles posed. The decision was reportedly made after the county realized it would not receive state-aid dollars to pave the road. 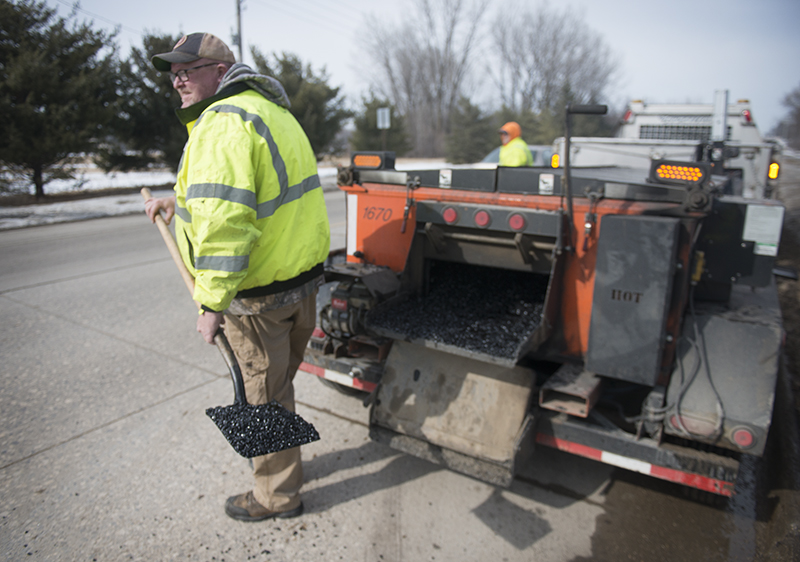 Paul Anderson waits for a break in traffic Wednesday to patch a pothole along Bridge Avenue. – Colleen Harrison/Albert Lea Tribune

The lack of construction projects has led local construction companies to conduct more work in other sectors so they can remain in business, making them less available for road projects.

Freeborn County commissioners recently agreed to a $7 million contract for 12 miles of new asphalt on County Road 4, cold in-place recycling on County Road 9, and mill and overlay work on County Road 60. It was the largest contract Miller has overseen in her 20 years as county engineer.

Freeborn County has shifted the equipment it buys to manage its pavement needs as its funding priority has shifted from gravel roads to pavement. 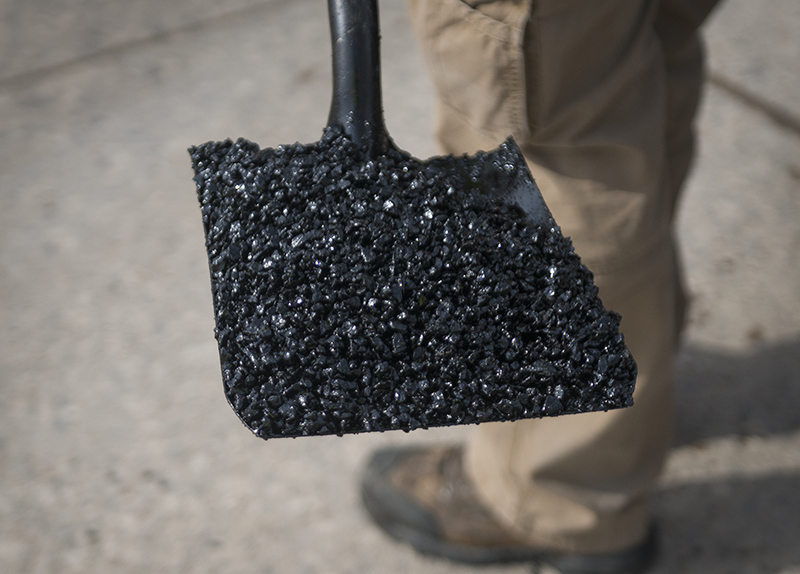 Asphalt is being used to patch potholes along Bridge Avenue in Albert Lea, as the road won’t be able to be reconstructed until 2020 due to a lack of funding. – Colleen Harrison/Albert Lea Tribune

“We get very little federal money anymore,” she said, adding the Minnesota Department of Transportation has needed more federal funds, creating a shortfall.

“The willingness of our legislators to raise that gas tax to sustain transportation hasn’t been there,” Miller said.

The federal gas tax has not been raised since 1993.

The Minnesota Legislature’s decision to institute a sales tax on car parts was not constitutionally dedicated, Miller said.

To Miller, investments in roads provide an economic spark to communities.

Anderson Windows reportedly discussed shutting down its factory in northern Minnesota because of the amount of glass that was breaking on highways.

Albert Lea City Engineer Steven Jahnke said the city is “in the same situation as the county. We could do a lot more projects than we currently do.”

The city has had to push the timeline back for street and sewer and water replacement projects.

“It’s the same struggle that every community has, is how do you fund it without increasing taxes?” he said.

Jahnke said the city has had transportation funding shortages since he became city engineer in 2003. Though Albert Lea City Council has increased the number of yearly street projects “significantly,” Jahnke said there are still more projects that could be undertaken, adding if there was enough funding, 15 to 20 city blocks would be reconstructed annually instead of the four to five that are being done now.

“It does have a statewide effect, and I think that’s the important part for everybody to understand is, it is a big problem for Freeborn County because we do have one of the largest road networks for our county in the state,” Miller said.

“We have a lot of miles and a declining population, declining property tax to take care of that.” 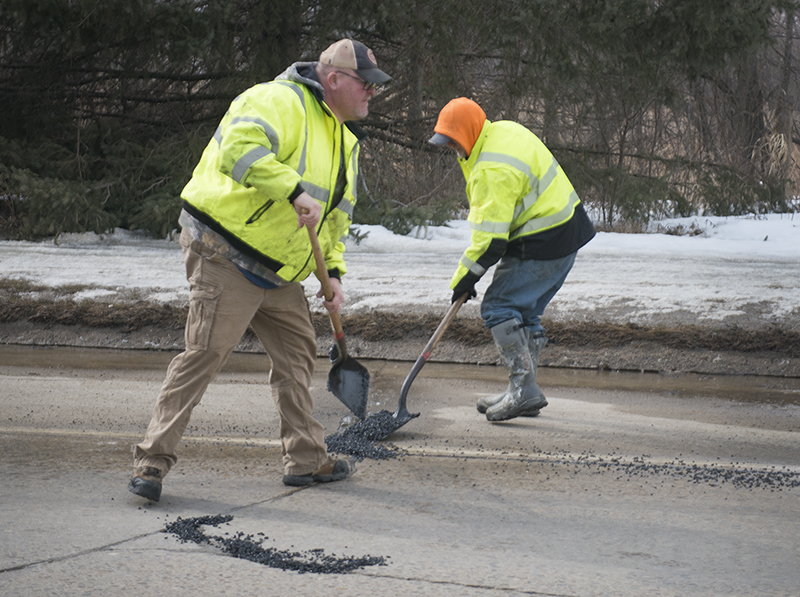