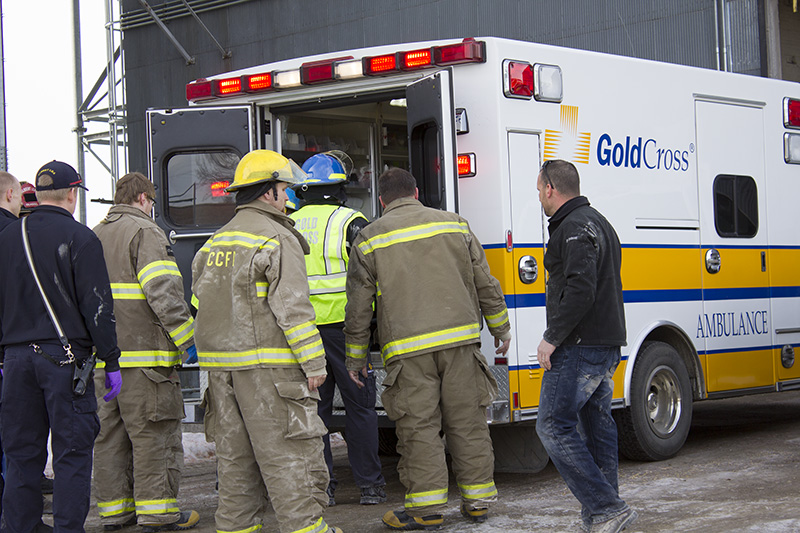 First responders load the man who was injured after falling in a grain bin Friday in Conger. — Sam Wilmes/Albert Lea Tribune

Structure man was standing on breaks, causing him to fall

CONGER — An Alden man was injured Friday after he fell approximately 70 feet in a grain bin.

Charles Majerus, 60, was taken to St. Marys Hospital by Mayo One helicopter.

Majerus reportedly fell while working in a bin at Northern Country Co-Op, 66875 180th St., where he was an employee. Majerus was working in the upper portion of the bin when the structure — at least partially made of wood — he stood on broke, causing him to fall, according to the Freeborn County Sheriff’s Office.

Majerus reportedly landed in beans 3 feet in depth, but was not trapped in the bin, according to the Sheriff’s Office.

Medical and rescue personnel removed Majerus from the bin. After being initially treated in a Gold Cross ambulance,  he was taken by helicopter to the Rochester hospital. The helicopter landed on Freeborn County Road 17.

As of Friday afternoon, Majerus’ was listed in fair condition.